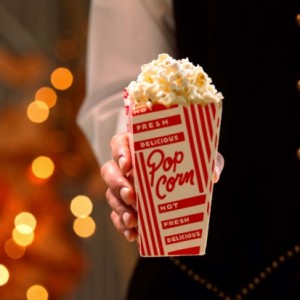 I feel like I just come on here every three or four days and whine.  Is that what it’s come to?  It’s a sad state of affairs.  Everything DOES seem like it’s spiraling out of control, but it’ll be better soon.  You can mark my word!  Whatever that means…

Even though the “visitors” will be returning tomorrow, for one final blast of fun, I’m determined to have a normal weekend.  They can mess up two weekends in a row, but I draw the line at three.  If they’re still here on Thursday, I’m getting up, taking a shower, and going to “work.”  I’m off on Thursday, but will be going to “the office” as far as they’re concerned.

And by normal weekend, I mean getting caught up on the stuff I can’t do while I’m working, or playing the part of teeth-grinding host. I’m so far behind on so many things, I’m losing it a little.  If I owe you something — like a signed book, for instance — please know that I’m on it.  And that I punish myself all day long, every single day, for my half-assery.

Speaking of the book, check out this blog post by Aaron Starmer.  Very cool.  Also, I just completed a lengthy interview with a local newspaper, about Crossroads Road.  I’ll let you guys know when it appears.  You know, unless they make me look like a douche…  In that case, I’ll never mention it again.

Also, the book received its first full-blown negative review last week.  I’m not going to link to it, ’cause I don’t want the woman to accuse me of unleashing the Surf Report army on her ass, but I apparently committed the crime of mocking a category of human you’re never supposed to mock.  Heh.  I knew it was only a matter of time…

Duff is now writing a column for the New York Daily News, and this is her debut.  She also has a book in the works, which is gonna be really cool.  I’ll keep you guys updated on it.  It’s right up our alley…

Toney, the boys, and I went to see Super 8 a few days ago, and had a great time.  I thought it was a blast, and loved the 1979 setting.  It was supposed to feel like a vintage Spielberg summer blockbuster, and they pulled it off.  I recommend it.

While watching the film I ate a giant box of Bottle Caps, which Toney smuggled into the theater inside her purse.  She had a buffet table of stuff in there, including several bottles of iced tea.  I was expecting to see a rotisserie chicken, but that never happened. Unfortunately.

For a Question, I’d like to know about your theater food-smuggling habits.  What do you usually sneak in?  Also, what’s the craziest thing you’ve seen a person eat or drink inside a movie theater?  A plate of spaghetti, perhaps?  We used to sneak bottles of Miller High Life into theaters, and roll the empties down the full length of the place.  For some reason we thought that was the absolute pinnacle of comedy.

So, if you’ve got anything on that subject, please use the comments link below.  Also, have you visited a drive-in theater lately?  People bring gas grills to those things now, and fry up burgers!  How long before that starts happening at regular theaters?

This is a quickie (again).  Please take up my slack, and tell us your stories.