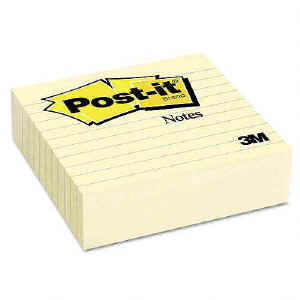 I had some work done to the website this weekend, and I’m pretty excited by the results.  For one thing, check out how fast it now loads.  Is that quick, or what?  I love it.

I’d been using a program to serve and rotate ads, and it just stopped working one day.  I have no idea why.  It’s a well-known program, used by many thousands of websites, but it fully and completely shit the credenza on me.

I went to the control panel, to see if I could figure out the problem, and all my history was gone.  It looked like a brand new account; everything had been taken back to the factory settings.  The adzones were gone, and everything.  WTS?

And when this happened, the Surf Report slowed waaaay down.  The sidebar would appear ten seconds after the rest of the site, and it seemed to be laboring and groaning every time.  And man, that bothered me with gusto.

Plus, there were all these empty spaces where ads used to be.  TheWVSR was becoming like one of those houses where they never mow the grass, or fix the shutter that’s been hanging sideways for the past three months.

But all the bad code is now removed, and I’m using a simpler program built especially for WordPress to do the same things the fancy-ass “solution” used to do.  And the site is now lightning fast.  I’m almost giddy with excitement.

I also had a bunch of stuff removed from the sidebar, added a Facebook widget, and reorganized the footer.  That section down there labeled “friends”?  I’m gonna list your websites there, as soon as I get a chance.  I’ll start working on it, ASAP.

I’m never completely satisfied with the site, but right now I’m close.  I think it looks and functions better than ever.  If you need some work done to your blog, I can recommend a guy.  Send me an email and I’ll hook you up.

On Saturday we bought the latest season of Curb Your Enthusiasm on DVD, enjoyed a few Dogfish Head 60 Minute IPAs, and watched the first five episodes.   Five, in one sitting, and I was lobbying hard for a sixth.

Second-hand semen… Denise handicap… Larry racing home to break up with his girlfriend before she receives her cancer diagnosis, because doing it after would be cruel…  What a great show!  Larry David is a genius.

Amazon sent me a $5 gift certificate as a thank-you for purchasing a subscription to Esquire magazine.  The mag cost $8.00 for two years(!), and they sent $5.00 back to me.  I used it to download the album now playing in the bunker.  Not bad.

While I was in the library on Friday I heard a man refer to the fire department as the “hose house.”  I almost did a spit-take.  I’ve heard it referred to as a “hose company,” which is also ridiculous.  But never a “hose house.”  Sounds like a gay bordello.

And a woman at work calls a pad of Post-It Notes, a “notebook.”   She says, “Can you hand me that notebook?” and my whole body goes rigid, because I know she’s not really talking about a notebook.  What the hell?  It’s Post-It Notes!  Everybody knows this.

Also, I recently saw an episode of House Hunters that featured a full-flower douchebag going on and on about wanting a home with a nice “men’s den.”  WTF?  I’d never heard that phrase before, and don’t care for it.  The men’s den, the hose house… what’s going on here??

And that leads me to the Question of the Day.  In the comments section, please tell us about weird phrases you’ve heard people use, to describe common things.  Like “lettuce salad,” for instance.

I’m not talking about words being pronounced the wrong way, or things like that.  I mean unusual titles and descriptors that momentarily confuse you.  Possibly because of regional differences, but not necessarily. I hope I’ve described it well enough…

And that’s going to do it for today, boys and girls.  I’ll be back tomorrow with more of this high literature.