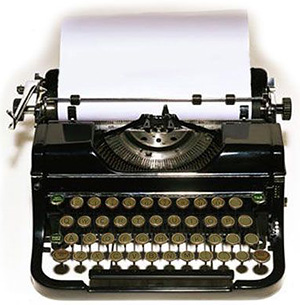 I have several perfect attendance awards at work, because I never miss a day. I routinely go entire years without missing any time. Yes, it’s my proudest achievement… But I stayed home yesterday. I just couldn’t do it. My stomach was all messed up, it felt like I was running a fever (I never checked), and was achy and zapped of all my energy.

The younger boy had the same thing over the weekend, but he had puking to go along with it. I never reached that level, but it felt like it could happen at any time. I didn’t eat anything, and mostly just sat in a chair in the living room, shivering beneath two blankets.

Late in the afternoon I marshaled enough power to relocate to the family room, and watched an old John Hughes movie on Netflix. ‘She’s Having a Baby‘ is the name of it, and it sucked ass. Really boring, and not at all funny. What the hell, man?? I love John Hughes, but he fouled one off his instep with that turd. Wow.

I was in bed by 9, and finished this book about the Titanic. It was published in 1955, and the author interviewed more than 60 survivors. So, you get conversations and tiny details that make it feel like you’re there. Scary. Talk about things taking a turn for the worse! I’d definitely demand a refund.

I was up for an hour between 1 and 2, sweating like a bastard. Maybe the fever broke? I’m not clear on it. But when I woke up this morning I felt much better. Not 100%, but probably in the 80% neighborhood.

It snowed while we slept, and school was canceled today. So, everybody’s home. The older boy is still sick, but the rest of us are doing reasonably well. Sheesh. It hasn’t been the greatest week, but hopefully it’s behind us now. Toney never got it, so maybe she’ll be spared. Of course, she got to take care of everyone, so it’s not like she was completely untouched by The Illness — which the younger hooligan muled into our house from the middle school. Thanks!

Speaking of the Titanic, my parents are going on a cruise in a few weeks. They’re going to some questionable places, like Honduras. It’s their first cruise, and they went all-out with a balcony suite. They’re nervous, because they don’t know what to expect. But they’re going with a bunch of friends, so it should be OK.

I’ve never been on a cruise, but would like to do it someday. Just for the experience. I like the idea of 24 hour Mexican buffets, especially. I hear a lot of horror stories about cruises, and always think of this video, but what’s been your experience? Was it any good, or just hell on water? Not that we’ll be able to afford such a thing anytime soon… but I’d like to get your tips. Is the Caribbean the way to go? I lean more toward Alaska, myself. What are you thoughts?

The guy who wrote the article gets all whipped up about it, like it’s his own personal “backing into parking spaces.” So, I need to step it up, and get with the modern-age. I can’t be a parking space backer, or a “Not for nothing” sentence beginner. Is there some kind of patch I can wear? …Hello?