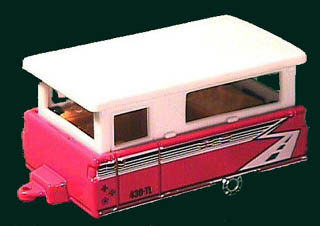 I’m clearly susceptible to the later pollen.  A lot of people around here were sneezing and snotting a month or so ago, when the grass started growing and the flowers were first in bloom.  But not me, I was as immune as the Omega Man.

And now I’m paying for it…  The later pollen is flat-out kicking my ass.

Every day, when I get out of bed for some reason, I launch into an extended sneezing-jag.  It starts almost as soon as I go vertical, and continues for ten solid minutes.  Just one sneeze after another, with barely enough time in between to catch my breath.

Plus, my eyes are watering and goopy, and thin crystal-clear snot is pouring from my nose.  Oh, I’m quite the ladies-man at the moment.

People watch me convulse and holler, and say (with their expressions), “Shit man, why don’t you take a Claritin, or something?  Have a little dignity, for crying out loud.”  But I’m not a pill kind of guy.  Aspirin is about as far as I’ll go, and that’s only in extreme circumstances.

As my grandmother used to say, “I don’t have to pop a pill every time I get a turd caught sideways!”  Good ol’ grandma…

We’re trying to sell the rolling box o’ beds, and had two calls on Friday.  One was an older man, and the other was a woman with a cigarette and bourbon-ravaged voice box.  Both wanted to come look at it, and we told ’em we’d have it set-up all day on Saturday.

The man showed up around noon, in a sparkling Corvette convertible.  He was wearing golf clothes, including pressed slacks with a razor-sharp crease.  Not really the kind of person you’d expect to be in the market for a pop-up camper, but whatever.

“Are you going to pull your new camper with that ‘vette?” I joked.

“No,” he said, just as humorless as eye cancer.

He walked around, not asking a single question and making occasional grunting noises, then said, “I don’t like the color.  Everything else about it is fine, but the color is not conducive to my liking.”

And the woman with the catastrophic windpipe didn’t even show up.  We waited around for her until around one o’clock, and I finally got irritated and called her.  Caller ID cuts both ways…

She answered (there was no mistaking that terrifying rattle) and I said, “Hi, this is Jeff, the guy with the pop-up camper for sale?  Are you still interested?”  Those were my approximate words, but my tone said, “So what’s the story, sister?  We’re sitting over here with our thumbs up our asses.”

“Oh, I’m sorry,” she said.  “I meant to call you.  We won’t be looking at your camper, after all.  We bought one yesterday evening.”

On Sunday we weren’t going to set it up, because I needed to go to work in the afternoon.  But a woman called early in the morning, and said she’d really like to see it.  So, I dragged my ass out there once again, and popped-up our pop-up.  If she doesn’t show, I mumbled to myself, I’m going to go all Kiefer Sutherland on someone.

But she was right on time, and seemed to like what she saw.

She told us she’d recently looked at another pop-up, of similar vintage, and it was “a piece of crap.”  The canvas reportedly had big holes in it, and some of the aluminum bars were missing.  The roof over one of the beds was propped-up with a 2×4, and the owner blamed the holes on “groundhogs,” which he insisted was standard.

Comparatively speaking, ours is the Ritz Carlton on wheels, I guess.  She wants her husband to look at it, and we might or might not hear from her again.  Who the hell knows?  One thing’s for sure, though… this whole process blows a flat of eggs.

On Saturday evening we took Andy (Black Lips Houlihan) for a long walk, and somebody’s living in our future house!  I don’t care for it.  I’d never seen evidence that people were actually living in that place, I thought it was still in the final phase of construction.

But there they were:  interlopers.  I saw a man in the backyard rolling up a hose, two cars in the garage amongst a mountain of fambly-clutter, and a woman on the front porch reading a magazine and drinking iced tea.

I wanted to yell at the man, “Hey Hose Boy, you’d better take good care of it!  ‘Cause we’ll be living there soon!”  But I’ve learned that my filter works best when there’s a possibility of getting my ass kicked.

When we were almost home one of Toney’s kooky friends drove up beside us in her hybrid, and stopped.  She started rambling on with incoherence, as is the tradition, bouncing wildly from subject to subject.

At the end of her performance she said she had “a screaming headache,” because of all the weather fronts moving through the area(??).  “I guess it’s the millibars,” she explained.  And I had to go home and look it up.  Millibars?  WTF?  This woman IS the Nancy of Pennsylvania.

And that brings us to the Question of the Day.  I have a feeling this is going to be a fun one…  In the comments section below, please tell us your favorite Nancy & Nostrils story.  I know we usually keep this stuff on the highly classified “shadow website,” but rules are made to be broken.  Right?  Right.

So, have at it.  And I’ll see you guys tomorrow.