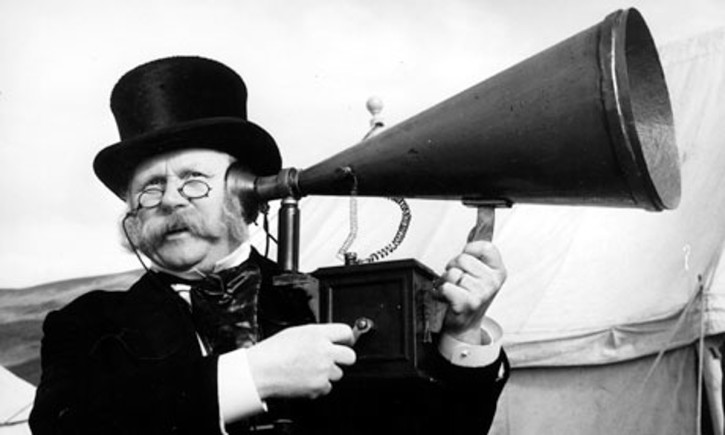 My sound-catchers have shit the bed, my friends. My dad has had trouble with his ears all his life, and passed that gift along to his oldest son. Yes, it’s nothing short of fantastic. So, I’m an old pro at this crap, but it’s not usually this bad. I often wake up and one of my ears is sealed off like a nuclear submarine, but this week… it’s both ears. And that’s no good, no good at all.

The worst part is how it throws off my equilibrium. Not being able to hear is bad, but feeling disoriented and out-of-it is worse. A couple of days ago at work I was talking to a big shot in the hallway, about some job boolshit, and began babbling like an idiot. I couldn’t form sentences, and once I was off-track… wasn’t able to find my way back. It was disturbing. For both of us. I mean, what the hell? Speaking is now a bridge too far?

And yes, I couldn’t hear jack shit for a while. I was constantly saying, “What?” And who wants to be around that all the time? I certainly don’t. I was annoying myself. My counterpart at work came to my desk a couple of days ago, and started to tell me something in confidence. You know, speaking in hushed tones, etc.? And I’m not kidding… I could see his lips moving, but couldn’t hear a thing. Nothing at all. It was scary. I told him to just send me an instant message. Fuck it. In fact, I probably shouted it, because I no longer possessed the ability to modulate.

But, it’s getting better. Yesterday morning I came downstairs — with both ears still sealed off — and Toney started giving me grief about the TV in the living room. “I keep the volume at 8 or 9,” she said. “And when I turned it on this morning it was at 52.” Incredulous, I said, “I can’t hear!! I’ve been telling you this all week! Do you think I’m exaggerating–” And right then, my left ear popped open and everything was clear as a bell on the left side. It was glorious. An eargasm.

The right one is still not hitting on all cylinders, though. It’s improved slightly, but I’m still a bit slap-happy. In fact, I’m having trouble writing this update. The words just aren’t flowing (and I’m using phrases like slap-happy). But, when I got home from work last night I noticed I set the volume at 24. So, there you go. A measurable improvement.

Another thing that irritates me about these episodes? Everybody’s unsolicited medical advice. Suddenly the whole world is made up of ear, nose, and throat specialists… I’ve been through this dozens of times, and seen ACTUAL doctors about it. The the only thing there is to do is ride it out. It has nothing to do with wax, thank you very much (always with the wax!), and decongestants don’t help. Oh god. I’m getting irritated just thinking about it. Everybody’s an expert, on every subject. And the stupider they are, the more they know.

So, I’m not a fan of all the advice. I’ll offer some, though. If you’re experiencing this kind of thing, leave your ears alone. Oh, you’ll feel a powerful urge to mess with them, and try to break the seal. But it’s a fool’s errand. Every time you stick your pinky in there, and wiggle it around… you’ve added another 12 hours to the ordeal. Or thereabouts. It’s almost like poison ivy. It itches like a bastard, but if you scratch it, you’re just spreading it around. Be strong and don’t mess with your ears. It’ll greatly shorten the suffering.

And I’m going to work now. Sorry I’m so grouchy, but this has been one shit-smeared week. And there are still two days left. How is it possible?!

For a Question, let’s just go with a classic. If you were forced to give up one of the five senses (XTC taught me they are ‘see, hear, smell, touch, taste’), which would you choose? And why? Use the comments link.