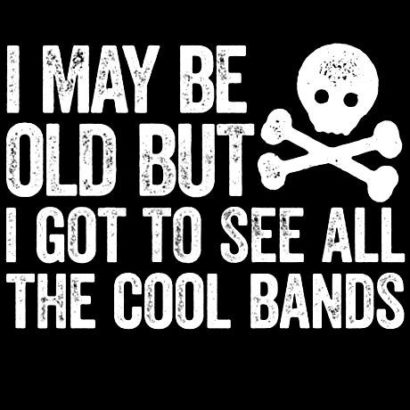 Some version of Mott the Hoople is scheduled to play in Philadelphia in April. Check it out. Ian Hunter is about 80 years old at this point. Yeah, I might have to go to that show. I’m not sure you can really call it Mott the Hoople, but it’s Hunter performing the great old songs. It’s the same justification I used when I decided to see the so-called New York Dolls a few years ago. It’s not really the Dolls, but it’s David Johansen doing the songs. And that’s worth seeing.

And speaking of Hunter doing the old songs, the Now Playing link below is one of my favorite live albums. I don’t generally like live albums, but there are exceptions and that’s one of them. Great album! With the late, great Mick Ronson on guitar. That record has been a part of my life since 1980, and that’s a long time.

Also, it’s worth noting that Ian Hunter released a (great) solo record in 1979 called You’re Never Alone With A Schizophrenic, which is pretty hilarious. Wonder if that title would fly today? I doubt it, but maybe. It reminds me of another great album title: Love Songs For The Hearing Impaired. That one’s by the former lead singer of the Georgia Satellites and I used to blast that thing (on cassette) when I lived in Atlanta. It’s a rocking and fun album that sounds especially great in a car for some reason.

Am I at a point where I only go see old relics from another era in concert? It’s starting to look that way, huh? Oh well. I make no apologies.  I still listen to new music at home, I’m just not going to travel to Philly or whatever and visit a punk club at 1 am. I’m pretty much done with all that, thank you very much. Funk dat.

For today’s Questions, I’d like to know your all-time favorite album titles. They don’t have to necessarily be albums you love, just titles you love. Know what I mean? Tell us about it, won’t you? Also, if you want to weigh in on live albums, go ahead. I have a handful that I like, but overall… not a huge fan. Also, are you in the “only the relics” phase as well? Or have you transitioned to “not even the relics?” What kind of bands do you see at this point?

And I need to go to work now. I got very little sleep last night. It’s gonna be great!

I uploaded a new podcast episode for patrons, right here. It’s a disjointed mess, but maybe not a complete disaster. This is the summary:

This one was recorded early in the morning before the coffee had fully taken hold and with the threat of a plumber showing up at any moment. So, it’s even more raggedy than usual. I tell you about some unusual trouble I had while driving on Interstate 81, the installation of our new dishwasher (finally!), the deceptive nature of certain bad haircuts, a super-obscure band I’m going to see in March, and the crazy book I’m reading. Thank you guys for listening, and thanks for the support!

You guys have yourselves a fantastic weekend!