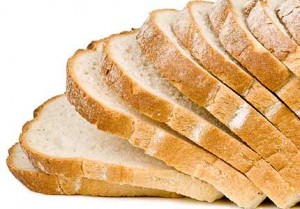 As I was saying…  Many of our things are broken, and that list now includes the washing machine.  Isn’t that hilarious?  Of course it is.  It’s like something off Green Acres at this point, and all I can do is sit in a straight-back chair in the middle of the floor, and hysterically laugh into the night.  I mean, what else is there to do?

No, I’m only joking.  Not about the washer (it really did shit the bed), but the part about the laughing-chair.  I feel much better than I did a week ago.  I took Wednesday off from work, and devoted three full days to getting my life in order.

That was the part that was making me crazy – everything breaking down was just the proverbial straw that collapsed the humpback, or whatever.  I had a mountain of obligations, wasn’t meeting any of them, and it was turning me into a lunatic.  (Ask Toney.)  I had to get a handle on things.

So, I’m back.  I appreciate you guys putting up with my instability.  I think everything’s better now.  Except, of course, the washer isn’t working, and neither is the dishwasher.  But we’ll deal with all that…

I do have one unfortunate announcement, however.  I’m going to scale back the website updates to three per week.  At least for a while.  I thought about it a lot over the past few days, and believe that needs to happen.  I’m normally off from my job on Thur/Fri/Sat, and want to keep those days completely free.  And maybe do a better job of keeping my shit in check, as a result.

Realistically, I’m only updating three days per week anyway (I miss a lot of days), so it’s probably not a big deal.  But I thought I’d mention it.

During the fall, after our kids go back to school and everything settles down, I’m going to start writing my next book.  This one is going to be non-fiction, and will deal with the first 23 years of my life.  Oh, there’s plenty of grist for the comedy mill from that particular era…  I think it will be a lot of fun.

My agent tells me we have a good chance of selling it to a traditional publisher.  And if that doesn’t work out, I’m sure Smoking Fish Media will agree to release it.  I know some people there.

For the rest of the summer I’m going to continue promoting Crossroads Road.  I recently did two interviews with local newspapers, and those articles should appear soon.  I have some other things in the works, as well.  Sales are improving, and that’s a good thing.  We’re moving in the right direction.

If you enjoyed Crossroads Road, please recommend it to people who share your twisted sense of humor.  It’s much appreciated.

Oh, and by the way… Crossroads Road is now housed in the Library of Congress.  I received a certificate in the mail, confirming this.  Pretty cool, huh?  It’s not like it’s hard to get in, but still…

Last week I downloaded a phone app that helps me keep track of the calories I’m ingesting, and I’ve been kinda sorta keeping up with it.  At the beginning it asked a million questions, then told me I need to limit my daily calories to no more than 1790.

So, for the past week I kept it under that number, and also exercised most days.  And I lost three pounds.  Not a huge number, but I’m happy with it.

Something that surprised me:  white bread is apparently evil.  Every time I have a sandwich, it’s the bread that kills me.  Ice cream cones are less detrimental to the bottom line (aka my ass) than a cuppa two tree slices of bread.  I didn’t know this.  Or I knew it and ignored it.  Probably the latter.

Also, Toney and I went to Waffle House a few days ago, and I ordered the Big Retarded Field Hand Breakfast, as normal.  Holy crap nuggets!  That was the only day I almost went over my limit.  The thing was a bunker buster o’ calories.  I had to go to the high school and walk around the track for an hour, to absolve myself of the guilt.

Anyway, I need to go to work now.  I’ll leave you guys with a Question that occurred to me last night, while listening to an old Jean Shepherd broadcast from 1976.  He was talking about a man he knew, named Chester, who fired people for a living.  He was supposedly the world’s greatest corporate executioner, with mad skillz, etc.

So, I’d like to know if you’ve ever been fired.  I was laid-off, of course, but never fired.  Hopefully I’ll never experience such a thing, because I think I’d start throwing haymakers.  But what about you?  Have you ever been fired?  What were the circumstances?  Please tell us about it in the comments.