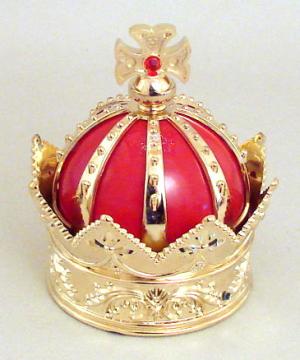 A few nights ago at work someone walked up to me and said, “What’s going on?”  And I told her I was covered up.  She laughed, and said she’d never heard that phrase before.  “What phrase?” I asked.  “Covered up,” she answered.

What the?  Is that regional?  Covered up?  I never thought about it (I mean, seriously), but it feels like something everybody has said, as long as I’ve been alive.  It’s messing with my head now.

I forgot to mention something about the Eels show on Saturday night.  I saw a guy there carrying around a battered copy of Things the Grandchildren Should Know, Mark Everett’s memoir.  The thing was beat to hell, with post-its sticking out of the pages, like he’d studied it, and pored over every word on a mountaintop somewhere.  And he was carrying it pressed to his chest, in a very affected manner.

What a fantastic, fully-realized douche.  Why did he have the book with him, other than to impress people?  “I am more emotionally invested in this band than you are…”  I wanted to trip him, but he was outside my tripping radius.

The book is great, though.  Even if you’re not familiar with the band or their music.  Check it out, if you’re so inclined.

I was getting an oil change last week, and it took approximately 20% longer than my inner-sensors approximated.  And as I sat there, waiting with great impatience, I watched a parade of derelicts come through that place.  Pep Boys:  cheap, but a powerful white trash magnet.

I saw a scary, hardened old hag, with a bourbon and cigarette voice and one tooth on the bottom, come trudging in.  She was — needless to say — bitching about some perceived injustice.  People like that are perpetually outraged about something.

She was a standard-issue trailer park matriarch, roughly 60 years old, with a pronounced death rattle in her voice.  But she had a mild-mannered black man with her.  I’d say he was 30?  I’m not sure, but I couldn’t figure out what was going on.  The combination didn’t make sense to me.  Know what I mean?

I walked around the store, to get away from that loser petting zoo, and the whole place is full of automobile accessories for people with horrible, horrible taste.  Redneck license plate holders… skull shaped gear shifter knob… air freshener shaped like a crown… press-on letters bedazzled with fake diamonds…  <Sigh>

We had a falling-out (is that regional?) with the garage that did all our car work for more than a decade.  And now here I am… adrift.  I’m seriously thinking about going back.  That hour made me sad in my soul.  And who needs it?  I’m thinking about letting bygones be bygones.

I was talking to my mother on Sunday morning, our weekly “So, how are things going?” call.  And she kept carrying on a conversation with my dad.  It was irritating.  I’d be in the middle of telling her something, and she’d say, “John, can you hand me my coffee?”  Or something similar.

Um, I was in mid-sentence.  I know I’m no Jean Shepherd, but could you maybe wait until I get to a period, or at least a comma, before interrupting me?  And it didn’t happen just once.  She continued talking to him, while also talking with me.  It was annoying.

Finally, I said, “You wanna talk to the boys?  My phone is about to die.”  That’s always a good excuse, right?

And for a Question, I’d like to know what bugs you when you’re talking to someone on the phone.  What do people do that gets on you last nerve?  Please tell us about it in the comments.

And I’m going to eat a couple of hotdogs with cole slaw (regional?), and hit the Devil’s Parkway.  Two more nights, and I’m free!  Workin’ for the weekend.