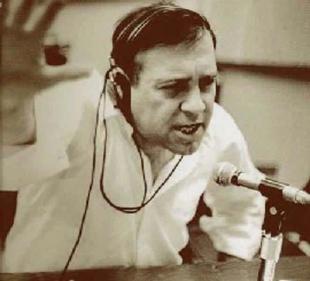 A few years ago I didn’t know a thing about Jean Shepherd. I’d seen his name associated with A Christmas Story, one of my favorite holiday movies, and had assumed he was a woman. I mean, Jean, spelled with a J, is a woman’s name, isn’t it?

But, of course, he was a man. In fact, he was the writer and narrator of A Christmas Story; he was Ralphie all growed-up. The movie was based on his real-life experiences, which he chronicled in magazine articles and books, and on his long-running radio show in New York City.

I started to learn about Shep, as he’s known to his fans, after a reader of this website, Dr. Drofub, sent a note suggesting I check out recordings of his old radio program.

The good doc’s enthusiasm, coupled with the Christmas Story connection, prompted me to troll the internet for more information. And the dude sounded right up my alley… 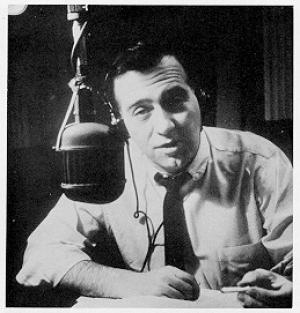 I decided to take the plunge. I went to eBay and bought more than 800 recordings, in mp3 format, for some ridiculously small amount of money. And he’s been a part of my life ever since.

It was one of the best eBay purchases ever!

From the late 1950s until well into the 1970s, Shep lorded over an almost timeless radio show, broadcast late at night. He told stories, reacted to odd newspaper articles, provided commentary about modern life, played kazoo, acted like a maniac, and let loose with what often sounded like stream-of-consciousness.

Then, at the end, when you were sure he’d completely lost the thread, he’d knock you on your ass by tying it all together in a hilarious, mind-melting finale.

It was almost breathtaking; his best shows are works of genuine artistic achievement. I can’t help believing that what sounded so effortless, must’ve actually required a large amount of planning and advance work. I mean, nobody’s that good, right?

In any case, I consider Jean Shepherd a friend now (even though he died in 1999); I listen to him almost daily. I’ve got ten of his shows from 1966 on my iPod right now… Just the sound of his theme song has the power to vaporize an entire day’s worth of stress.

And as late as a few years ago, I didn’t know a thing about him.

Please note: An earlier version of this post appeared at Suggestaholic, one of my many now-defunct websites. Also, it’s no longer necessary to purchase copies of Jean’s old show, they’re readily (and legally) available on the internet for free.