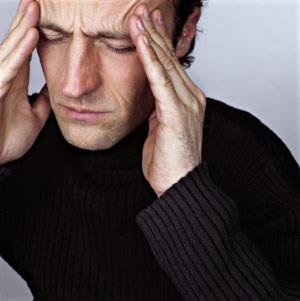 I worked twelve hours on Monday, and got to bed about 5 a.m., with the birds chirping and the sun coming up. It was disconcerting. Plus, I worked on Saturday morning at 6 a.m., on about 90 minutes of sleep. So, some days I’m going to bed at 5, and others I’m getting up at 4. It’s playing havoc with my central nervous system.

But enough of my whining. Let’s get to it. I have to leave early for work (go figure), so this one’s gonna be pounded out like an email. I know you guys come here braced for half-assery, and are sometimes pleasantly surprised. Today is not going to be one of those days.

Yesterday somebody sent me a link to this page, which features a vintage news report about the toll being abolished at the Dunbar Toll Bridge. As some of you probably know, I worked there as a toll collector for several years. It was pure nepotism… my dad got me the gig.

In any case, the people in the video are just as happy as crap that the toll was going away. But it cost me my lucrative slacker job! Thanks, assholes. Party it up, as I’m being shit out like yesterday’s Baconator. That werewolf guy bugs me, especially. He can’t even talk. He seems stoned.

But, during the report you’ll get to see rare footage of the old booths where I collected quarters for about three years. They’ve been gone for a long time. About 40 pages of my next book will chronicle those years. Heh. It’s an important, historic work.

A few years ago a Surf Reporter “revised” the commemorative plaque at the bridge, to include my name. That’s not Photoshop, by the way. It’s paint.

For today’s Question, I’d like to know what things you suspect are greatly exaggerated.  Remember back during olden times when people would just suck things up, and finish their shift following a heart attack, etc.?  Well, the pendulum has swung in the opposite direction, and it seems like everybody now suffers from some questionable condition.

Here are a few, off the top of my head, which I cynically believe are exaggerated.  Not fake, just greatly romanticized.

Help me create a definitive list, won’t you? They don’t necessarily have to be ailments, just stuff you notice people exaggerating for dramatic effect.  Use the comments link below.

And I’ll write more tomorrow.  Maybe not better, but more.