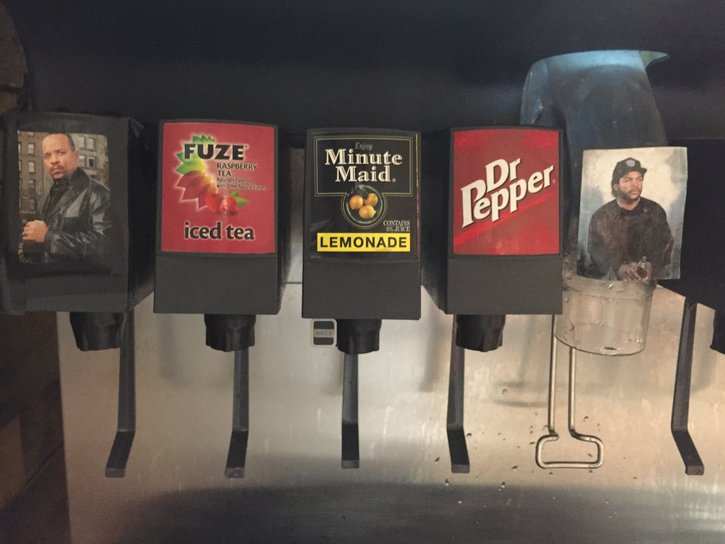 Hello Surf Reporters! Sorry I disappeared again. I won’t bore you with the reasons, but it’s mostly work-related. Plus, it took me a long time to get over that weeks-long yuck I found myself trapped inside. I’m not a fan of the weeks-long yuck. In any case, I’m back at the helm. And feeling about as good as it gets at this point.

Yesterday I was off from work, but dragging massive ass for some reason. So, last night I went to bed around 9:30. I’m a fully-vested night owl, so that shit was outrageous. But I fell asleep immediately, and was clear-cutting timber for several hours. Then, around 3:15 am, I was wide awake. I realized I’d made a tactical error… If I got up for the day, I’d be destroyed at work later.

So, I read the Replacements book for almost two hours, and was out like a bastard again. Toney had to shake me awake at 9:30.

What the hell’s going on with me?? Is this just standard old man stuff? I had a health screening about two weeks ago, and everything except my enormous weight checked out. When they showed me my BMI they had to fold the paper out like a gas station map so I could see the entire line chart. But other than that… big green check marks.

I know it makes me sound like a Nostrildamus-caliber precious snowflake pussling, but I think it’s the unpredictable schedule I’m now working. Some days I’m going in early, other days I have to stay until 2 am, there are random days off here and there, yet I’m working my usual days off. I think it’s just kicking my ass. It’s a sad state of affairs. Holy hell.

Over the weekend I commissioned some small website tweaks, and think the Surf Report is looking mighty fine these days. I need to do some work on the new Read The Books! page, and a few other odds and ends. But I’m happy with the site, aesthetically speaking. It’s fun to shake it up every once in a while, and keep things fresh. Any opinions about the changes? Did you even notice them? It’s nothing too major, but all are improvements, I think.

Speaking of improvements… We’re finally having some work done to our deck. It was built during the late 1990s, during a time (we’re told) when it was the fashion to go concrete-free, or somesuch. I don’t really understand it, but supposedly there was a ten year, or so, period when decks were routinely erected without using concrete underneath the posts. Who came up with that brilliant idea, I do not know. But it happened before we owned the house.

And so, one corner of the deck was sinking into the ground. At first it was subtle enough that we could convince ourselves it wasn’t happening. But, eventually, it became both undeniable and ridiculous. It was also disturbingly shaky.

By last summer I didn’t even want to walk on the thing, much less sit out there with an adult beverage, or whatever. I was convinced it would lead to a TV news story that began “What started as a festive beer and nachos session ended in tragedy Saturday night, leaving a Clarks Summit man fighting for his life with a wooden plank through his fucking neck…”

But, we didn’t have the funds to fix it, so it just kept sinking and sinking and sinking. Until last week, when the deck reclamation project kicked off! Within two days a team of strangers brought that bitch back to life, and it’s now solid as a rock. All the posts have been replaced, one was added, and there are concrete footers in the ground. They also pressure-washed it, and will return to seal it as soon as there are three-in-a-row dry weather days predicted.

Man, this living like a normal human being feels like the lap of luxury to me. It also makes me mildly nervous. It’s been a long time.

Of course, it means we won’t be taking any vacations this year. Again. But we’re used to it. We haven’t done anything since the London trip in 2008. You know, the year of severance pay? The year I made more money than I ever have, and ever will, but didn’t have to show up for work? And the year I was an emotional basket-case nearly ‘round the clock, despite having what sounds like a pretty sweet situation on my hands? Yes, those were good times.

Any plans for the summer? Trips? Home improvements? Whoring? Please tell us about it in the comments. That’s your Question of the Day.

I need to get ready for work now. I haven’t shaved in several days, and look like a homeless man. Some people get that cool Jack-on-LOST scruffiness going, but I look like a person who would break into your tool shed, hunting for something to steal and turn into liquor money. Wotta rip-off.

I’ll be back soon, with more of this nonsense.