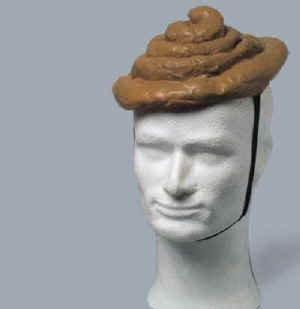 It’s been raining here for days, and everybody’s walking around saying all the stuff they’re programmed to say:  “Well, we really needed it,” etc.

Needed it?  According to who?  That’s just something people say.  What are you, a farmer?  Are you worried about the goddamn squash harvest or something?  Yeah, you’re not a farmer, you work in accounts receivable…

Every time it rains it sets off a series of events in nature, which inevitably ends with me shoving a vibrating motor on a stick back and forth across a ridiculous lawn, my mannery glands awash in perspiration.  I just let Andy out to sling urine, and could almost literally see the blades of grass twitching and lengthening.

Stupid rain, and the stupid series of events…  It’s pissing me off.

And since we’re on the subject, I’ve mentioned this before but now it’s getting out of hand.  What’s the story with everybody saying “Really?” in an annoying voice, where they used to say “Are you kidding me?”  Man, few language fads have bothered me more than this one.

I was complaining about it to Toney yesterday, right before work, and when I got there — immediately upon arrival — I heard two women talking about their dogs and the rain.  One said the following:

“And she was prancing around, acting like she needed to go out to pee, so I opened the back door.  And when she saw that it was raining, she just turned around and came back into the house.  And I was like, really?”

My entire body flexed.  I hate that crap, deep down.  It bothers me, generally, when half the population simultaneously adopts some trendy language quirk, but this one goes one step beyond.  Maybe because the word is usually said in an annoying tone of some kind…  I don’t know, but it pisses me off.

It’s even worse than the fad from a few years ago, when everybody was starting sentences with “You know what?”

WTF?  That one made me crazy too.  At the height of it, some people were almost literally starting every sentence with that idiocy.  But it seems to be fading away, finally.  The herd animals have moved on to something new, I guess.

And yesterday I nearly rear-ended someone while driving to work.  I’ve also mentioned this one before, but I’m gonna mention it again.  ‘Cause it’s ongoing, and infuriating.

I’ve lived in a lot of different places during my life, and only in northeastern Pennsylvania have I encountered so many people who don’t know how to merge onto an interstate highway.  They drive to the end of the acceleration lane, STOP, and turn on their blinkers.

Um, that isn’t the way it works, shitstem.  You’re supposed to enter the highway at roughly the same speed as existing traffic.  It’s why an acceleration lane is provided.  You go cranking along that thing, build speed, and slide into traffic.

Not here.  You’d better be on your toes, mister, or you’ll drive straight up the poop-chute of someone sitting out there waiting for a full one-mile space between cars.  Then they lurch onto the highway traveling at 4 mph.  Good god!

There are bad drivers everywhere, especially in Atlanta, but these people up here amaze me.  They do stuff I’ve never seen in other places, it’s innovative bad driving.  And I guess they see each other doing stupid shit, are inspired by it, and decide to add it to their own repertoire.

And those are three things that are pissing me off in Q3 2010.  What about you?  What’s pissing you off in the third quarter?  Anything new?  We need some feedback from the field offices.

Use the comments link below, and I’ll be back tomorrow.

Have a stress-free day, my friends.