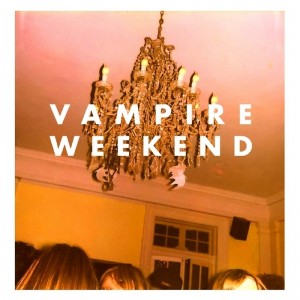 My hours at work changed this week, and I have to be there an hour earlier. My so-called quitting time has also been adjusted by an hour, so it should be no big deal, right? Well, how come I’ve been dragging massive butt-meat?

I’m working the same number of hours, just moved slightly forward, but it’s knocking me balls over tits. When the alarm goes off at 9:15 (instead of the old 10:15), I simply can’t believe it. Didn’t I just climb into bed? Am I being punk’d?!

Anyway, tomorrow is as close to a day off as I’m going to get in the near future, and I’m incredibly excited. I’m going to go for a haircut (long overdue), have lunch at Five Guys (oh God…), buy two of the new Replacements reissues (hopefully from the indie store, but that’s up to them), and maybe set up my new NASA computer (still boxed-up in the fambly room).

Oh, it’s going to be a wonderful day: my version of a weekend, compressed into eighteen hours. Then it’s back to work on Friday and Saturday (traditionally days off), before the regular work week cranks back up on Sunday. Fantastic! Pass the, um, Excel spreadsheets.

But at least it’s not physically demanding work. I was thinking about that last night, as I drove and bitched. It could be so much worse…

Admittedly it wasn’t ditch-digging, or lumberjacking, but I had a job in North Carolina that almost destroyed me. I’d worked as a stocker at a small grocery store in West Virginia, and when I moved to Greensboro I took a job as a stocker at a much larger, more serious store. And it was a whole different breed of cat.

We worked overnight, when the place was closed, and it was hard, physical labor. Anyone who’s ever done that kind of crap knows what I’m talking about. Unloading trucks… breaking down and sorting tractor trailer loads of inventory… dragging pallets of water and bleach from one end of the Earth to the other…

Every morning I left that place feeling like I’d been run over by a car. It sucked so bad it created a horizontal wind shear phenomenon over Guilford County, NC. I’m not kidding, that job was so terrible it made planes fall from the sky. Oh, how I hated it.

What was your worst job? And what was your most physically demanding job? Are they one and the same? Yeah, I thought so.

Have you ever spent time in your neighborhood, during the middle of the night? You know, while sober? I get home around 2 am now, and used to arrive around 3 am. And it’s interesting to take a look around at that time of the morning.

The house next door to us, for instance, is always brightly lit, with a gigantic TV flickering in the living room. Every night. And what’s the deal with that? I assume they have jobs and everything, but don’t really know. Perhaps they’re vampires?

And I sometimes see people walking their dogs, old ladies out puttering in their yards, and occasionally even a jogger or two. It’s amazing how much activity there is, in the dead of night. In fact, I kind of like it; it’s a little unnerving to feel completely alone.

But who jogs at 3 am?? That shit simply ain’t right.

And speaking of ain’t right, Pizza Hut is changing their name to Pasta Hut in the UK – to promote a healthier image. You know, since pasta is so good for ya. I don’t care for it. A person could theoretically live inside a hut made of pizza, but good luck erecting four walls made of cooked noodles. I mean, what do they take us for, idiots?

Surf Reporter Garrett sent this to me, and it’s pretty clever. What if the lyrics of the A-Ha song (they only had one, right?) matched the video, literally? Nicely done.

And Tom wants to know if this is a snapshot of Nancy’s kids. I’m sorry, but I cannot confirm, nor deny.

I need to go now, and get this workday in the rearview mirror…