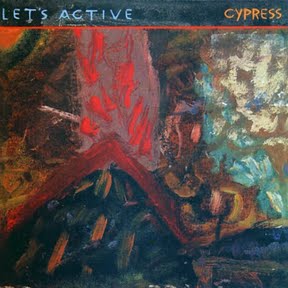 I’ve been listening to a lot of power pop over the past few days (even though I’ve been in a Morrissey state of mind), and I’d like to tell you about a couple of recent discoveries in that vein.  Stuff I should’ve known about, but didn’t…

The first is an album by a supergroup-of-sorts, released under the name Tinted Windows.  It’s Adam Schlesinger from Fountains of Wayne, James Iha from Smashing Pumpkins, Bun E. Carlos(!) on drums, and the lead singer of Hanson(!?) on vocals.

I wasn’t completely oblivious of this record, but never got around to buying it, then forgot.  But something reminded me a few days ago, and I downloaded it through eMusic.  And man, it’s great stuff.  Schlesinger wrote most of the songs, and they’re catchy and fun, as is the tradition.

Here’s a good description of the album, and I recommend it.  That Hanson dude fits right in.

The second power pop discovery of the week is a solo album released by Mitch Easter, back in 2007.  I didn’t even know about this record, and should’ve.  I’m a longtime fan of Easter’s old band, Let’s Active, and this thing is right up my alley.

Let’s Active were around during the ’80s, and released one EP and three full-length albums.  I still listen to all those records, and love ’em.  Big hooks, jangly guitars, Easter’s distinctive vocals…  It’s comfort food from a fun part of my life.

The name Let’s Active, as I understand it, came from the translation of a band member’s t-shirt, with Japanese writing on the front.  Remember that unfortunate fad?  One of the guys (or gal), possibly Easter himself, had a shirt translated, and it said “let’s active.”  And that became the name of the band.

When I lived in North Carolina, Mitch Easter was rock royalty.  He was REM’s original producer, and Let’s Active were beloved local heroes.  At the first Replacements show I attended, in Raleigh, he came into the club with a Prince-like entourage, and an honest-to-goodness murmur went through the crowd:  “Mitch Easter is here…”

But I didn’t know he’d recently released a solo album.  When I found out, I was all over it, and it’s damned good.  There are no female backing vocals, but other than that… it sounds like a long-lost Let’s Active record.  I can’t believe my good fortune.

Here’s the AllMusic review of it.  I recommend it to aging hipsters everywhere.

It’s straight-up autumn today, here in the Upper Perogie Belt, and that puts me in a good mood.  It’s gray, overcast, rainy, and cool.  Perfect!  I’ve said it many times before, but here is the way I rank the seasons:  Fall, Spring, Winter, Summer.  That’s favorite to least-favorite.  So, the sudden shift from Summer to Fall is a freaking best case scenario, when it comes to weather.  I’m basking in the gloom.

And speaking of ranking ridiculous shit, I was thinking about “reviewing” the days of the week today.  I was going to write a paragraph about each day, and assign it a letter grade.  But then I remembered… a lot of people don’t work normal hours anymore (it’s a 24-hour world!), and that screws it all up.

There are so many different situations now, and fewer and fewer folks working traditional hours.  My Monday in no way corresponds with many peoples’ Monday, for instance, so I decided to just scrap the idea.

But I will say this:  the day BEFORE a “weekend” begins, is almost as good as the weekend itself.  Back when I was among the living, I absolutely loved Fridays.  I still had to go to the office, and put up with assholes and feet-shufflers, etc., but a world of possibilities was on the horizon.  The anticipation of freedom is almost as sweet as freedom itself.

So, in my current life, Wednesday is a great day.  By that point I’m tired and burned out, but it’s the last day of the week.  And, even though I have to work, I’d give it a solid B+.

In contrast, Saturday mornings were always good, but by Saturday afternoon I often felt like I wasn’t taking full advantage of the situation.  Then I’d start beating myself up about it.  Know what I mean?  It’s almost like the anticipation day is better than the day I was anticipating.  Neurosis is a terrible thing…

I’ve never been a fan of Sundays.  Even when I was a kid, I didn’t like that sloth-like day.  Everybody’s lying around in chairs, there’s nothing good on TV, nobody’s out doing anything…  It’s boring as hell.  A dark cloud hangs over Sundays, and not the good kind of fall-like dark cloud, either.

Back in olden times, when I was in my twenties and earlier, most businesses weren’t even allowed to open on Sundays, until one o’clock in the afternoon.  This was called a blue law, for some reason, and had something to do with giving cashiers and workers an opportunity to attend church.

When I lived in Greensboro, I’d wake up on Sunday mornings severely hungover, in need of some food and/or soda.  There was never anything worth eating inside the shithole I called home, and I’d have to wait until 1 in the afternoon before I could find sweet relief at a 7-11 or a Wendy’s, or whatever.  It was hell, I tell ya.

You couldn’t do any outside work either, or society would look down its nose at you.  When I was a kid NOBODY mowed their lawns on Sunday.  It simply wasn’t done.  My parents aren’t religious, but they adhered to the unwritten rules, and all the mowing and weed-whacking and car-washing needed to be completed by Saturday evening.

Even as recently as the last ten years, and far away from the Southeast, I had a woman stop her car on a Sunday while I was mowing.  She began signaling that she wanted to tell me something, so I turned off the mower.  “I’ll say a prayer for you this morning in church,” she said, with much sarcasm and distaste.  I’d never seen this person before in my life.  WTF?  Mind your own business, bitch.

That’s what I should’ve said, but I think I just mumbled, “Yeah, thanks.”

So, what are your thoughts on the best days of the week, and the worst?  I’m talking about a normal, average work week.  How would you review the days?  Please use the comments link below.

And this isn’t the greatest update in the world, but it was fun to write.  It’s kinda Surf Report retro, I think, and I enjoyed it.  I need to get back to my schizophrenic fukkit roots.