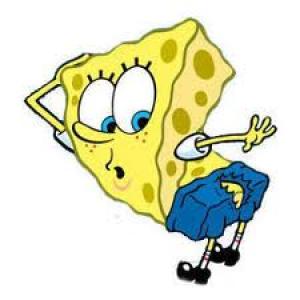 On Saturday I took a few hits, my friends. It was a good day, but I humiliated myself three times, within five or six hours. Rarely does a day go by when I don’t make a fool of myself at least once, but it usually doesn’t happen so often, within such a tightly-compacted period of time.

Here’s a brief rundown of events:

It’s been rainy and cold up here, so I wasn’t able to do the yard work until Saturday. I mowed the part of the yard that’s on a 45-degree angle, ’cause it’s dangerous, and made the two boys do the rest of it. There was some grumbling, but tough shit for them.

After I finished my part, I was spent. It kicks my ass, and my forearms are still hurting, four days later. It’s always sucked, but this year it’s really taking its toll. I think I’m starting to get old. But I took care of it, went inside to allow my core temperature to dip below 200, and went back out front to do some weed-whackin’.

I was almost finished with that task, when a part of the trimmer came off. It’s a round thing, with all the wound-up string inside. It just came sailing off, for no apparent reason. What the hell, man??

And when I bent over to pick it up… the entire ass panel of my shorts exploded. There was a loud ripping sound, and I think there’s actual fabric missing; I believe some of it literally disappeared. It was an amazing, catastrophic failure.

Just a side note: I later posted on Twitter that my ass had apparently declared a jihad on fabric, and… needless to say, somebody was “offended.” So tiresome, and so predictable. People loooove to pretend to be offended.

Anyway, we finished the yard, everybody showered, and we all walked around a park for an hour or so. It was a beautiful day — almost perfect — and it seemed like all of humanity was outdoors. It was really nice.

Then we went to an ice cream shop, located next door to a dairy farm. You can smell the shit of the very same cows responsible for the ice cream you’re about to eat… It’s quite an experience. Nothing says freshness, like the overwhelming smell of shit.

And, I don’t know what came over me — perhaps I was still loopy from the over-exertion with that push mower — but I placed the most EFFEMINATE order possible. My face gets hot with embarrassment, just thinking about it.

After Toney and the boys ordered, it was my turn, and I cleared my throat and said (oh god…), “Yes, I’ll have a small strawberry shortcake in a cup.”

WTF?! A small (dainty, petite), strawberry shortcake (what am I, an 11 year old girl?), in a cup (wow!). I might as well start performing in pageants, dressed as Cher. While the words were leaving my mouth, I desperately wanted to yank them back. Good god.

And later in the evening I bought a six pack of Troegs Pale Ale, and we were planning to enjoy them on the deck, before dinner. Toney went out there first, and I joined her a few minutes later. And when I sat down, there was a loud snapping sound, and I was somehow in a heap with the mangled chair on top of me. One of the legs collapsed!

Toney couldn’t stop laughing for about ten solid minutes, and I had a difficult time extracting myself from the latest carnage my ass had wrought. Holy shit, man! I’m fat, but not circus-fat. What’s going on?!

I decided to bring out a chair from the dining room, because they provide a more sturdy platform for my hams, and we successfully polished off those microbrews, without further incident. The deck didn’t crash off the house under my heft, or anything of the sort.

But it was a tough day for your husky correspondent, while also being a really nice one. There was a lot of laughter, anyway.

Have you humiliated yourself lately? I’m not expecting any Trifectas, like I managed to pull-off. But if you’ve done anything to embarrass yourself recently — or even a long time ago — please tell us the story. Use the comments link below.