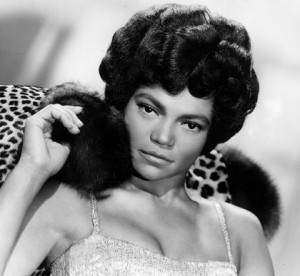 I worked last night, physically worked, which is something that isn’t necessary very often.  But we had a couple of call-offs (grrr…) and I had to climb down into the trenches.  Consequently, I couldn’t get out of bed this morning.

The alarm started chirping at 9:30, but I didn’t get up until 11:30.  I’m getting old.  Six or eight hours of movement and exertion flat-out kicks my ass.

I used to stock shelves all day, go home and shovel in some grub, and spend the rest of the evening engaging in questionable acts of dumbassery.  Then I’d get up and do it all over again.  That first part, the stocking shelves segment of the day, would ruin me for a week at this point.  Oh well.

I’m going to re-launch the Crossroads Road website soon, and use it as a general focal point, where I post updates about the book and keep everyone in the loop on what’s happening.  I originally conceived it as a place where I could write about self-publishing, but then I discovered JA Konrath, and realized he had that subject pretty well covered.

But there are things going on with the novel that I’d like to document, so I’m going to start using the website again.

For instance, my old friend Mark Maynard interviewed me last week about Crossroads Road, and posted the interview yesterday.  You can read it here.  Also, I’m scheduled to appear on a radio show later in the week.  I’ll tell you more about it, after the date and time is confirmed.

And… the second proof of the paperback FINALLY arrived in yesterday’s mail.  That was a long, drawn-out fiasco that I don’t feel like writing about at the moment.  It’ll just make my blood pressure spike, because most of the problem wasn’t a problem at all.  The delay was fully and completely unnecessary.

The good news?  The proof looks freaking fantastic, and I approved it.  So, the trade paperback version of Crossroads Road should be available for purchase at Amazon soon.  They say it can take up to five days, but I have a feeling it’ll be up there by tomorrow.

I also purchased the copies I’m going to sign and send to everyone who ordered them.  I couldn’t buy copies until the proof was approved, but they were ordered within ten minutes of approval.  I don’t want this to drag out any longer than it already has.  Even though it was only a week or so of ridiculous dithering, it felt like three or four months to me.

And there are other things cooking, as well.  That’s why I need to start putting it all in one place, and since I already own the domain name…  I’ll start working on it this coming weekend.  And I’m still going to mention the book here, but go into greater detail there.  OK?  OK.

I’ll tell you guys about the status with Apple on some future date, as well.  Once again, I don’t want to trigger a catastrophic stroke.

If you’d like to buy the electronic version of Crossroads Road, please do so today.  It’s available for both Kindle and Nook.  It’s no Moby Dick, but it’s a hell of a lot funnier.

Yesterday I mentioned my concerns about the average lifespan of a border collie, and the general mortality of our beloved Black Lips Houlihan.  Today I’d like to know about the most memorable pet names you’ve encountered during your travels.

There’s a family controversy about where the name Andy originated.  Our sons say he was named after the character in Toy Story, but that’s not anywhere near the way I remember it.  I believe I named him, after Andy Griffith.  I was going to go with Barney, but that’s too common a dog name.

So, your Question of the Day:  What are the best pet names you’ve known?  The aforementioned Mark Maynard used to have a cat named Eartha Kitty, which is pretty cool.  And a girl I sorta knew in North Carolina had a cat named Polyester.  I always loved that one for some reason.