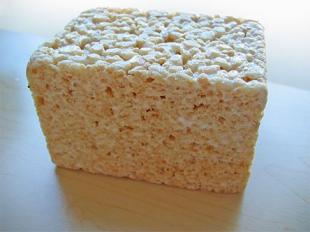 I was saddened to learn that the T-Shirt Lady sold her business in 2012, after 19 years, and the new shirts will have to be made by someone else. I contacted the person who bought the company from her, but he types in ALL CAPS, so he’s out of the running. Is that too petty? I just can’t do business with a man who types in ALL CAPS.

I’m going to go with a guy who Toney knows. He does good work, has decent prices, and will want to keep me happy because Toney is associated with groups who throw a lot of business his way. I spoke with him today, and he seems like a good guy. He’s been in business forever, and that’s also a positive sign.

So, everything’s in place. I just need the final count, by size, on each design. If you haven’t pre-ordered yet, please do so today. You don’t want to forget about it, and miss the cut-off (noon EST, July 8). Here’s your link. Get all liquored-up tonight and order 15 of those bastards! Or do it sober for a lesser number, I don’t care.

And what do you think about my ALL CAPS rule? Do you understand where I’m coming from, or is it too Larry David? Have you ever decided not to do business with someone, because of some tiny little thing that rubbed you the wrong way? Please tell us about it.

I was in Sheetz a little while ago, buying an outsize vessel of Dr. Pepper and crushed ice, and was about to crawl out of my skin.

For one thing, there was a shrill alarm going off in the kitchen area. I don’t know if the fries were done, or what, but the sound was drilling straight through my brainstem. I could see at least two people working back there, but neither of them made a move to stop the horrible sound. Are they now oblivious to it? Have they completely burned-out their pain centers?

That was driving me insane. Plus, I got in line behind an old lady buying about $50 worth of lottery tickets, each customized to her personal preferences. WTF? The old bag needs to be wrapped in a carpet, thrown into the trunk of a car, and driven directly to a gambling addiction facility. Jesus J. McChrist.

I was sighing to beat the band, while Grandma Walton bought her scratchers, and that French fry air-raid siren kept going off. I seriously considered spiking my giant Dr. Pepper like a football, and walking out of that place.

Do you ever feel like everything’s moving in the wrong direction, humanity-wise?

We were going to go to Knoebels today, but the weather geniuses said it was going to thunderstorm all day. So, we talked about it, and decided to postpone. Yeah, it’s sunny and bright out there. Good stuff. It’s what we get for over-thinking things. We should’ve just gone, like we’d planned, and not complicated matters with additional information. We were too clever by half.

But, we’re going out to dinner tonight. All four of us, which is rare. We don’t see too much of the older boy, since he commandeered my (now his) Camry. We told him Thursday is family night, though. He’s gonna have to suck it up and spend the evening with us. I hope he survives this torturous ordeal.

It seems like he was a toddler just a couple of years ago, and wanted nothing more than to spend time with me. Now he’s 17, and Toney and I are as out of fashion as a baby-blue leisure suit. I know that’s the way it goes, but it still makes me a little sad.

There’s a big box of Rice Krispy Treats in our kitchen pantry, and I’ve never liked those things. I think I’m in the minority on it, but I didn’t even care for them when I was a sugar-craving kid. Homemade… store-bought… it doesn’t matter. It’s like eating an aquarium filter.

Another thing I never liked, which might make a few of you gasp: Twinkies. Those things sucked ass. I liked Hostess cupcakes, and some of their other products, but could never get behind the Twinkie. Both the consistency and taste didn’t appeal to me. Blecch.

What falls into that category for you? It doesn’t necessarily have to be food, just something that seemingly everybody loves, and you do not. Please tell us about it in the comments.