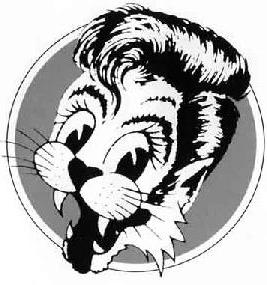 When my heart finally says ‘enough!’ and they load my bloated carcass into the incinerator (omg, the popping and the hissing!), nobody will remember me for my clothes.  Not a single person.  But I’ve known people whose style of dress is the first thing that pops into my mind, when I think of them.

No, when it comes to the physical world, I just want to blend-in with the masses.  I prefer to look like most other people, and smell like nothing.  It might be boring, but that’s the way I roll.  I lurk in the shadows, watching.  I’m a better reporter than a newsmaker.  For better or worse.

The idea of covering myself in tattoos, getting all pierced-up like a walking tackle box, or choosing some unusual style of dress is completely foreign to me.  And I love how the people who do this are often fond of the phrase, “What the fuck are you looking at?!”  Hilarious.

But, like I say, I’ve encountered my share of people who are defined (in my head, anyway) by the clothes they wore/wear.  I suspect you guys are no different.  So, I’m gonna briefly describe some of these folks, and turn it over to the Surf Report army.  Pass the beer nuts.

·    At a previous job, there was a guy who fancied himself a modern-day rockabilly hipster.  He liked to wear pegged pants, ridiculous little boots, bolo ties, etc.  He was nice enough, but the way he dressed is the only thing I can really remember about him.  Not a good sign.

·    I know a man who wears nothing but clothing emblazoned with the West Virginia University logo.  Literally, everything he owns (as far as I know) is WVU-themed.  He also needs to go up a size on his sweatshirts, etc.  ‘Cause when he bends over, they ride halfway to his shoulder blades and there’s half-a-yard of crack right out in the open air.  And I can’t have that.

·    I’ve worked in offices most of my adult life, and there have been numerous women in their 50s and 60s who were fond of the hideous sweater.  You know what I’m talking about: the seasonal or holiday themed abominations which sparkle and sometimes have moving parts.  Often, the designs on the front of these horrible things require you to employ depth-perception, and that’s not something that should come into play when looking at a shirt.  Or am I way off on it?

·    I once knew a kid who wore turtlenecks all the time, and I called him the Turtleneck Warrior, for some reason.  What a fantastic, fully realized douche he was.

·    And similar to the hideous sweater brigade, there’s often one guy in an office who is apparently heterosexual, but dresses in all the latest fashions.  He always looks like a page out of Esquire magazine, but… you know, goes out with girls.  It’s baffling to me.

Now I’m going to pass the baton to you folks, and get ready for work.  In the comments please tell us about people you remember because of their clothes.