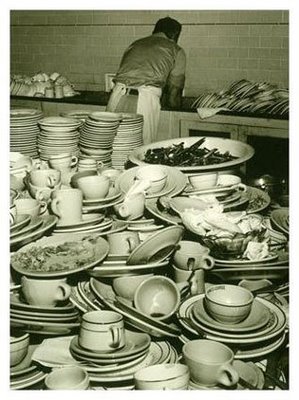 I wrote a joke while I was driving to work yesterday.  Wanna hear it?  OK:

Did you see the story about the world’s longest baby being born?  Yeah, its birthday is January 25 through 27.

Anyway, there’s a house around the corner from us, where the Christmas tree is still standing in the living room.  On February 2!  And the owners even plug-in the lights every evening.  Oh man, that really turns my ass inside-out…  I don’t know why, but it does.

I remember, because my brother came for a visit while that dried-up husk was still in there, and we went to a Braves game.  He was howling in protest at my past-due decoration, calling it a fire hazard, so I grabbed the thing and every needle instantly abandoned every limb.  There was a ssssh sound, and the “tree” was nothing but a tumbleweed.  It weighed roughly two ounces. Heh.

But I didn’t turn on the lights after, say, January 15.  So, even during my darkest days I wasn’t as bad as those assmasters around the corner.  I feel like staging an intervention.  I’m sure Half-Shirt would participate; he’s probably beside himself over there, mumbling and looking out windows.

The world’s worst, however, was a house in Burbank, California.  It was/is on Hollywood Way, across the street from the post office, and they kept their place decorated for all holidays year-round.  It was insanity.

They had Christmas lights, plastic eggs hanging from the trees, a jack-o-lantern on the porch, red hearts everywhere, a heel-clicking leprechaun leaping over a fat turkey on the front window, etc. etc.  It was like nothing I’ve ever seen.

Are there any Surf Reporters in the Burbank area?  Can you tell me if that house is still running wide-open on the holidays?  Crazy, man.

Further Evidence that the readers of this site are the greatest:

Yesterday I asked if anyone had an mp3 copy of Sunday’s Art Bell show, featuring a freaky-deaky time travel man.  And within a couple of hours, I had the entire program on my iPod.  Thanks Jerry!

And I also mentioned that I wouldn’t mind a little StumbleUpon action on our new Sport Figures With Filthy Names feature.  Now I’m receiving crazy traffic, insane traffic — from StumbleUpon.

So, thanks folks!  You guys are the best.

Aging Hipster Alert:  I just downloaded Emergency Third Rail Power Trip by Rain Parade.  Do any of you remember that under-appreciated classic, from the so-called Paisley Underground movement?  Great stuff.  I’m listening to it, right now.  Guitars are jangling all around this bitch.

And check out my new desktop background, right here.  Pretty nifty, huh?  Can you see the plaid Top Value Stamps elephants in the back of the store?  I love that.

And since I brought up my disgraceful housekeeping during the bachelor years, I’d like to ask you guys about that as well.

For a Question of the Day I’m hoping you can tell us about your first place after leaving home, and the grossness therein.  I can’t be the only slob, can I?  Yeah, I didn’t think so.

And if you were a bit more prissy than I was, tell us about the really disgusting apartments or houses you’ve visited.  Describe it for us… paint a word-picture of the filth…

My Atlanta place was pretty bad, but Greensboro was even worse.  My brother and I shared an apartment there for a few years, and it’s a wonder we didn’t have rats.  We were horrible, with dirty dishes in the sink and greasy pizza boxes everywhere.

Something happened at one point (and I’m unclear on the details) where an impossible funk was unleashed in the kitchen.  Its source was rotting food of some sort, and the smell saturated all our Tupperware.  Seriously, every piece of plastic in the kitchen took on this horrible stench, and we couldn’t get it to go away.  We finally had to toss everything into the dumpster.

God, I can smell it right now…

Somewhere I have a picture of our kitchen at that apartment, with trash piled up three feet above the rim of the can (balanced), and the counters completely covered in dirty dishes.  It would make me insane now — fully insane — but back then I didn’t give a crap.

So, if you have anything on your early disgusting apartments, or the household nastiness of others, please tell us about it in the comments.

Have a fantastic day!