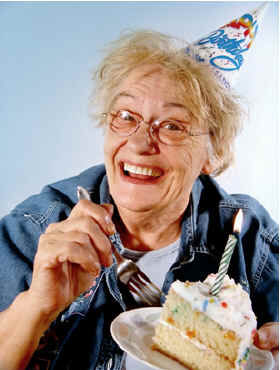 The Half-Shirts had their annual Memorial Day blowout yesterday, and it sounded like a drunken, cackling good-time.  In fact, Toney and I were still awake at 1 AM, staring at the ceiling fan above our bed, and bitching about the noise.

“I’m going to call the police,” a frustrated Toney said at one point.

“Are you kidding?  They’ll know who it was,” I warned.

“They can kiss my ass,” she answered.

But, of course, she was only blowing off steam.  I think we repeat the same conversation every year — the Half-Shirts have their holiday traditions, and we have ours.

We also wonder why they throw their big shindig on Monday night, instead of Sunday.  “Don’t they have to work tomorrow?” is usually muttered five or six times, and this year was no different.

Earlier in the evening there’d been a large group over there, including what sounded like menagerie of old ladies.  Drunk old ladies.  And every few minutes one of them would let loose a piercing cackle that threatened to shut-down my central nervous system.  Fully excruciating.

We also heard a lot of over-modulated Scranton accents, and the taking of the Lord’s name in vain:  “Chriiiiiist!” and that sort of thing.  Heh.  But at least we didn’t have to listen to booze-fueled political “analysis,” like last year.  At least there was that.

Whatever.  It’s only one night per year.  Let ’em have their fun, I say.  Toney, on the other hand… not quite so understanding.  Screw with her sleep and she’s ready to start ripping out throats: all tolerance for shenanigans is suspended between the hours of 11 PM and 5 AM.

Here’s a run-down of the beers I sampled for the first time this weekend, and my quickie review of each:

Toney and I also had two pints each of Victory Hop Devil at the local yuppie bar.  That one wasn’t new to us, though.  I like the stuff, but it’s a little over the top.  It’s loaded with both hops and alcohol, which sounds good on paper…  But I always get a second one, and wish I’d switched over to something a little less insane.  Know what I mean?

At the yuppie bar we also enjoyed some perogies, seated inside a tent-type deal on their lawn.  Weird, huh?  I’d never really had perogies before (I think I might’ve tasted one at Knoebels), I’d only made fun of them.  But I’m tellin’ ya…  the shit was excellent.  They smell like feet, but taste like heaven.

Here’s a pic I snapped with my cell phone.  We got six of them, for something like eight bucks.  Incredibly over-priced, but delicious.

The rolling box o’ beds is no more.  A woman came and looked at it twice, and the second time gave us a hundred dollar bill as a deposit.

And on Thursday she returned with a tow-vehicle, her teenage daughter, and more hundreds.

We transferred the title, and all that crapola, and I was praying there wouldn’t be a problem hitching the thing up.  I was never an expert at any of it, and had visions of all sorts of embarrassing hitching-up issues.

But I had it ready to go within thirty seconds; I was creating the illusion of being a professional.  I’d always dreamed of pretending to be a professional!  Now I’d just have to hook-up the lights, and the deal would be done.

Yeah, and that’s where it all came crashing down.  That camper hadn’t been used in two years, and the lights wouldn’t work properly.  In fact, they wouldn’t work at all.  Grrr…

Figuring there was just a build-up of corrosion, or whatever, on the plug itself, I started cleaning it with steel wool.  I got it all polished and nice-looking, and tried it again.  This time the brake lights wouldn’t work, but the blinkers would.  WTS?

We monkeyed around with the thing for two hours, making phone calls and trying everything we knew to try.  The woman had less than ten miles to drive, and her boyfriend told her repeatedly to just get it home.  But she wouldn’t do it.

Eventually we ran out of options, and the girl was rolling her eyes and making expressions of disgust that only a 14 year old girl can make.  I offered to buy a new plug, and the woman took me up on it.  Advance Auto Parts actually had one in stock.  No way in hell I’m trying to install it, though.  I made that clear, up-front.

Finally she sighed, and said she’d chance it.  And they took off with their “new” camper, a tad unhappy.  “Better hang on to that money,” I told Toney.  “I have a feeling we haven’t heard the last of those two.”

But that was five days ago, and so far nothing…  I’m thinking the chapter is closed at this point.  The camper is theirs now, not ours.  I believe the gray area only lasts for a couple of days, right?  And we’re well beyond it.

I wish we had a few more boxes o’ beds to sell, though.  We’re still receiving calls on it.  Twenty-five people must’ve asked us about it already.  In fact, somebody called while I typed the previous paragraph.  The whole world wants a rolling box o’ beds!

I’m watching King of the Hill, through Netflix, and was telling Toney about the episode where Hank is constipated, and hasn’t crapped in days.  I’d seen it before, but laughed just as hard the second time.

But she doesn’t share my enthusiasm for the show.  In fact, she’s fairly hostile toward it.  I don’t really understand it…

“It’s one of the best shows in TV history,” I insist.

And that leads to the Question of the Day…  If you were limited to just one, what would you say is THE best TV show ever?  ONE of the best is too ambiguous, it has to be THE best.

There are plenty of contenders, I believe:  The Sopranos, Homicide, The Wire, LOST, etc.  But when it gets right down to it, there are only two that I can consider THE best, fully capitalized.

For most of my life I’ve said The Andy Griffith Show is the greatest of them all, and nothing will ever come along to challenge it.  Then Seinfeld came along and challenged it…

But I’m still going with Andy.  I’ve been watching that show for forty years, and laugh every time.  It’s completely timeless, and brilliant.  The writing is amazing, and so is the acting.  Almost all of the black & white episodes are classics, and a few should be shown in an endless loop at the Smithsonian.

What do you think?  What’s THE best TV show of all time?  Use the comments link to set me straight.

And I’ll be back tomorrow, with more of this stuff.