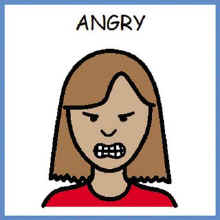 J.J., the oldest Secret, was at a friend’s house a few days ago, and the friend was text-messaging someone.  His mother walked in, and asked for the phone, saying she wanted to charge it.

The friend mumbled “just a minute,” and continued typing at the speed of a Meister Brau diarrhea.

“I said give me the phone!” the mother shouted, starting to get cranked-up.

And the mother flew off the handle, smacked the kid in the face, snatched the cell phone out of his hand, went down to the basement and repeatedly hit it with a hammer, scooped up some of the shards, and hurled them into the woods off their back deck.

The mother supposedly felt “terrible” about the way she acted, and the next day went out and bought the kid an even more expensive phone.  And so it goes.

My parents weren’t crazed like that.  My mother could lecture you down to a smoldering nub, but never screamed and hollered and acted like a maniac.  And my Dad has the demeanor of Atticus Finch.

The only time I can remember any such fireworks, was at our old house.  So it had to be pre-fifth grade.  My parents were arguing about something, and my Mom took her arm and knocked several (unbreakable) bowls into the floor.  My Dad was eating at the time, and just continued as if nothing had happened.  His expression didn’t even change.

And when he was finished, he got up to take his plate to the sink, stopped and said, “Huh. Does anyone know how all these bowls got on the floor?”

It was probably my imagination, but I thought I could see literal blasts of smoke shooting out of my mother’s ears.

But, for the most part, they (my mother) just lectured us.  And lectured, and lectured some more.  Wow!  When one of our kids is on the hot seat, and Toney’s giving him a full 360-degree grilling, I can’t help but feel a little sorry for the kid.  Because I’ve been there.  Oh, I’ve been there plenty.

Toney’s mother, on the other hand, is (and reportedly was) capable of just about anything.  When Toney and Nancy were very young, I’m told, Sunshine got mad about something and hurled a hanging plant through the picture window of their house.

Yes, Sunny is a very nuanced and complicated individual…

And I heard other stories at school, about parents who went nuts and threw a TV into the front yard, or hatcheted up a set of stereo speakers, or flung a pork chop and fried potato supper against the dining room wall…

So let’s hear ‘em.  Use the comments section to tell us about Parents Gone Wild!  They can be your parents, the parents of friends, stories you heard at school, or even yourself.  We’re not picky.

And I know some parental outburst tales aren’t funny, especially if it was an abusive situation.  But that’s not really what I’m talking about.  I’m talking about otherwise semi-normal human beings, who momentarily lost it.  You know what I’m saying…

Also, I’m toying with the idea of doing a few Surf Report podcasts.  I bought some equipment (a big John Holmes microphone, etc.), and plan to give it a shot.  However… if the results are especially embarrassing, I’ll never post the files; they’ll go straight to the shitcan, never to be heard by another human.

But I’m thinking about answering  questions from readers on my first dining room broadcast attempt.  So, if there’s something you want to know, now’s the time to ask.

If there’s murkiness in the narrative of my ridiculousness, or you want more info about some episode or other, send me an email.  Or just post it in the comments, following an all uppercase:  QUESTION.  That’ll make it easier for me to find, after a few Yuenglings.

Obviously, I’m not going to reveal every little thing about my life.  I won’t tell you my home address, or the real names of our kids, or anything like that.  But I’ll try to answer all reasonable questions.

And speaking of our kids, I’ve decided to call them J.J. and Michael here.  That will be their new internet names.  J.J. is the older hooligan, and Michael is the younger.  I’ll start easing into it, over time.

And that’s going to do it for today, boys and girls.  If it wasn’t enough for you, check out the new post at mockable.