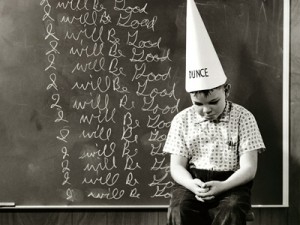 I don’t want to jinx myself, but I’m fairly confident the paperback version of Crossroads Road will be available soon.  Possibly Friday.  After it’s finalized I’ll tell you guys what’s been going on with it, and why my right hand has been whipping through my hair for a week.

But I’m superstitious and don’t think it’s a good idea to declare victory too early.  So, I’ll hold off until it’s a done deal.  All I can say at this point is “Grrr…”

Once again, here’s where you can purchase the electronic versions for a low, low price:

If you’ve already bought a copy, please tell someone about it.  Just one person, who might be interested in such a thing.  I’d be much obliged.

I have to go to work early again today.  I think it’s going to become an every-Wednesday kind of thing, which will cramp me on these updates.  But I’ll do the best I can with the time I have available.  It’ll be OK.  Plus, today is my Friday.  Hell yeah!  After today I’m off until Sunday.

How did I do all those sixty hour weeks anyway?  It seems impossible to me now.  I guess your brain just adjusts to the current reality, and helps you endure.  Right now I think I’d be plunged into a dark, dark depression if I had to return for an additional twenty hours.  I’d probably start wearing black turtlenecks, smoking clove cigarettes, and sighing a lot.

While I was driving home from work last night, something occurred to me.  I wish they’d bring back the dunce cap.  I like the idea of making really stupid people wear a tall cone on their heads, for humiliation purposes.  Why did that ever go out of style?

I think somebody needs to fire up a dunce cap factory somewhere, and we should get back to our roots of comically oversized shaming hats. It would provide good, solid American jobs, and put dumbasses on a tall stool in the corner where they belong.

What do you do for lunch at your job?  We have a cafeteria, but I usually take my lunch, because it’s less expensive.  But it’s been different with every job I’ve had.  I adapt my lunch habits, based on the situation.

At my previous job I went out every day.  I had to get out of the building for an hour, and would go to Wendy’s or the Chinese buffet.  I never took my lunch, not once.  It never even occurred to me.

In California I was often poor, so I’d go to Del Taco and buy a sack of 39 cent tacos, return to my desk and eat them there.  Or I’d buy an order of vegetable fried rice from Frontier Wok.  It was basically a side dish, so it was really cheap and good.  I always bought drinks from the vending machine downstairs, and was pretty good at stretching three or four dollars into a pretty decent lunch.

Sometimes, when I was flush with cash for some reason, I’d walk across the street to the Warner Bros. Studio lot, and have lunch in the commissary.  That was fun.  We’d sometimes see actors from TV shows — the folks from Friends, or George Clooney, or Drew Carey.  I liked going over there, but it wasn’t cheap.  So, I did the desktop taco-snorkel far more often than I hung out with Ross and Chandler.

In Atlanta I went out every day, as well.  There was a strip of fast food joints a few miles away, including Chick fil-A.  That worked perfectly.  Every once in a while one of the record label guys would treat us to something a little more fancy-pants, and that was always a good time.  And free.

So, that’s my highly questionable Question of the Day:  What do you do for lunch at work?  I’ve done it all at this point, I think.  I haven’t used work cafeterias too consistently, but I’ve certainly purchased many chef salads there.  For some reason, I’m drawn toward the work cafeteria chef salad.

Until my current job, I’d never packed a lunch at home.  But it’s not so bad.  It’s not so good, either…  But it does the trick.

What about you?  Tell us about in the comments, won’t you?  What are your work lunch habits?  It’s very important that we know.

And I’ll try to spend more than thirty minutes on tomorrow’s update, I promise.