On Friday evening we went to a baseball game at the newly remodeled PNC Field, where the New York Yankees’ AAA farm team — the SWB RailRiders — play. It’s the first time I’ve been to the park since they revamped everything, and I was impressed. They removed the upper deck, opened up the concession areas so you can see the field from just about anywhere, and created a park-like atmosphere all the way around the stadium. It’s really nice. I mean, really nice. They did a fantastic job. I want to return there, ASAP. 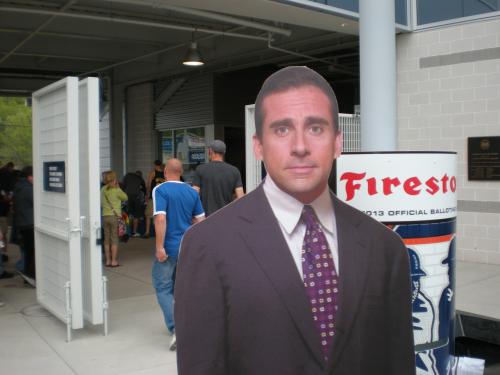 Recently, the Scranton wrap-party for The Office was held at the stadium, and there are still remnants of that big extravaganza in the place. Michael Scott was standing outside, welcoming everyone, and Toby from HR helped us remember where our seats were located. “Just turn left at Toby,” I told the boys, when they got bored with baseball <sigh> and went wandering around. 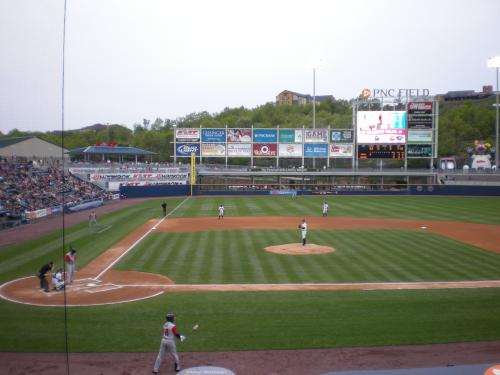 Toney got us four great seats, via her vast network of liars and backstabbers. It almost felt like we were on the bench. 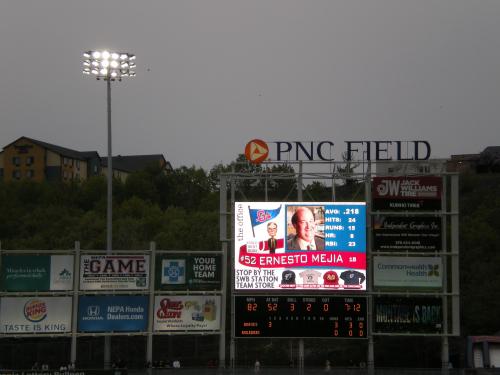 Possibly taking The Office motif too far… the opposing players were each assigned a character from the show, and the picture was shown on the scoreboard, while they were at bat. Kinda strange, right? Wonder what Ernesto Mejia thought? Maybe he can’t even speak English? He was probably completely confused. 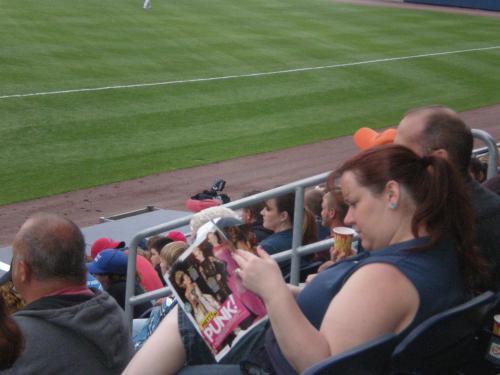 Some people just can’t get into baseball. It makes me sad. 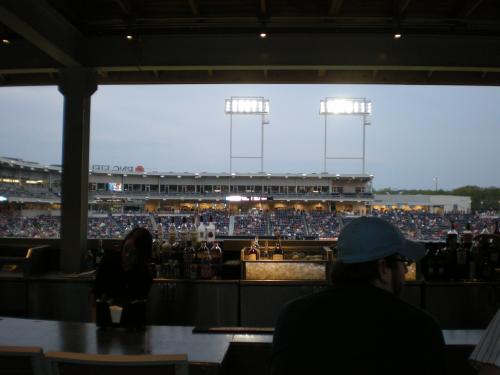 Scene from the right field bar. I’m telling you, that stadium is pretty freakin’ cool now. 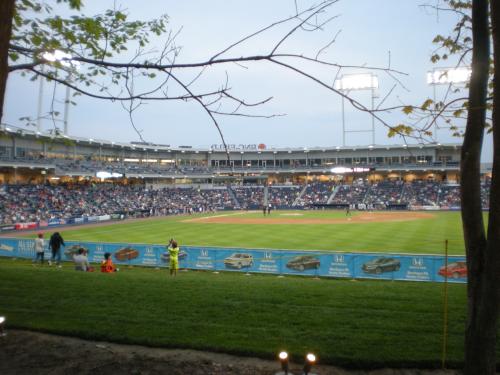 It’s like a park out there, and people were sitting on the grass, etc.  There’s a sidewalk that goes all the way around the stadium, and it’s all really pretty and nice. The place blew me away, and I’m a cynical bastard. 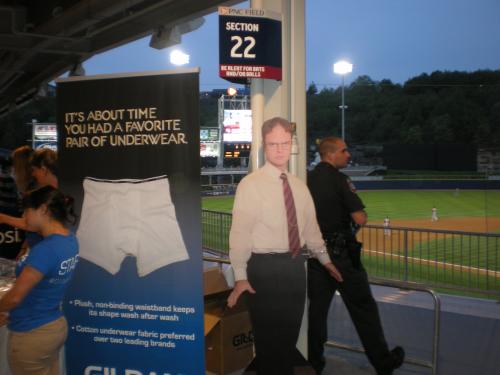 There was a table there, where they were handing out samples of men’s underwear. And how weird is that? (I don’t think Dwight approves.) They were free, so I took one, but it wasn’t like what’s pictured — it was just an old-school pair of tighty-whities.  Everybody was walking around with them, and it all felt kinda odd: teenage girls yelling like carnival barkers, “Would you like some free underwear?!”  Pardon?  By the way, that cop gave me a menacing look right after I snapped this photo. 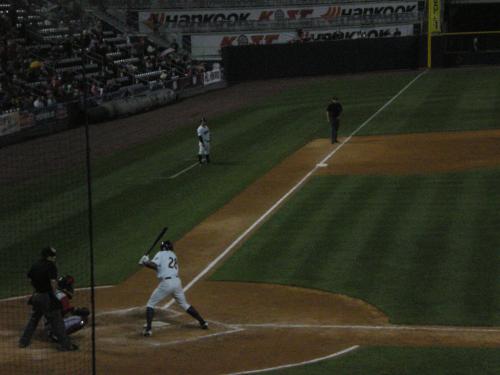 Yankees star Curtis Granderson played the whole game. Apparently he was hurt during the first game of the regular season, and was sent to Scranton for rehab.  Every time he came to bat, the place went wild. 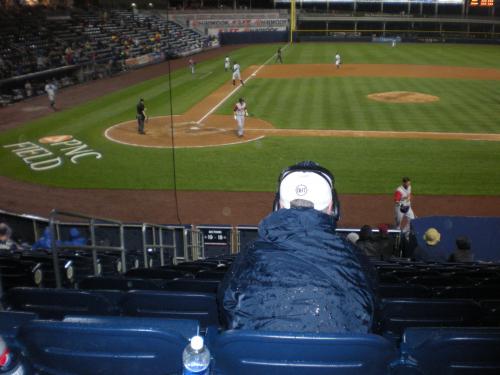 Near the end of the game it started raining, and we got the hell out of there. But it was a blast, it really was.  I want to return soon. They’ve really done a fantastic job with the place. Good stuff. 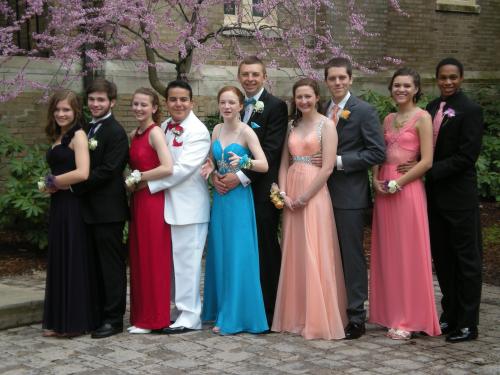 And on Saturday night the oldest boy went to the prom.  He’s in this photo, but I’m not going to tell you which one he is. One hint: he’s not the black kid. Have I given away too much?

What did you get into this weekend?  Anything fun?  If so, please tell us about it in the comments.