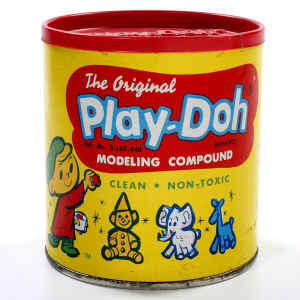 As reported on Twitter (NOT gay), my sensors are telling me I’m operating at roughly 46% of capacity this morning.  We drove all day yesterday, and it takes its toll on me.  Apparently I’m an old man now?  Is that what it’s come to?  Pass the beer nuts.

We hadn’t seen my parents since April 2008, when they brought Andy (Black Lips Houlihan) back to our house following the London trip.  And that’s no good.  We can’t allow so many months to pile up between visits.  Someday, I know, I’ll regret it.

I didn’t keep very good records, so I’ll probably have to fill-in some of this as I remember it, but here are a few random notes from our quickie West Virginia trip:

The drive from PA to WV was no good.  We got stuck in three major traffic copulations, and traveled less than 80 miles in two hours during one stretch.  The full journey, which is about 530 miles, required eleven hours to complete.

And that’ll make a man run his hands through his hair, at a high rate of speed.  In fact, hand-through-hair speed directly corresponds with the slowness of the vehicle.  It’s called the Kay Factor.

An aunt and uncle were at my parents’ house when we finally arrived, and we all sat down to a kick-ass comfort-food extravaganza of a dinner.  There was beef roast, green beans (my Mom calls ’em ‘half-runners’ for some  reason), smashed taters, about ten other tasty things, and lemon meringue pie for dessert.  DAMN good.

I’d requested that particular meal, because it reminds me of big holiday feedings from my childhood.  What would be your ‘back-home’ meal request?  What constitutes your own personal childhood comfort-food extravaganza?

After we finished eating, my Dad proclaimed himself “full as a tick” and my Mom shot him a dirty look (a tradition).  It was now time to break out a few Yuenglings from our cooler, but only my aunt would have one.  Because they’re apparently so exotic and strange…

My uncle told me the guys at his job believe Yuengling is made by Anheuser-Busch.  “That’s the only reason they agreed to try it,” he said, and I almost did a spit-take.

And imagine taking a glob of Play-Doh, and throwing it down on a kitchen table.  One side would flatten-out, right?  Well, that’s the way my inner organs felt when I woke up on Friday morning.  It was like sleeping on a slab of concrete, with sheets.  Both my kidneys were shaped like a D.

My Dad had back trouble years ago, you see, and got addicted to mattresses from the “unnecessarily firm” category.  So all the beds at my folks’ house are like, you know, the driveway.  When I hoisted myself off the platform, lightning bolts of pain ricocheted around inside my body.  I thought I was going to require a set of clip-on crutches.

After an artery-clogger of a breakfast we went out in my parents’ minivan, and roamed around.  We did a quick tour of Dunbar, and there are pockets of it that still look like the town where I grew up, but I don’t recognize more and more of the place.  It’s kinda disconcerting, spending time there now.  It’s all incredibly familiar, but not really.  Ya know?

We ended up (as we always do) at a massive collection of strip malls, known to the locals as “Corridor G.”  While there the Secrets drove some go-carts around a track, for twenty bucks(!) or so.  The younger one kept bouncing off the guardrail and this was pissing-off the keeper of the karts, who threatened to kick him out.  The Secret didn’t care for any of it, and came off the thing shooting dirty looks in every direction.

We had lunch at Olive Garden, and it was pretty darn good.  Our waiter was as gay as gay ever gets, but had an extra-thick accent.  He was a full-on poofterbilly, but took good care of us.

Toney needed to go to Target, but I asked my Dad to drop me off at Books-A-Million instead.  I mean, seriously.  I was looking for a specific book, and couldn’t find it.  So I went to the information desk, and the cat-eyed hipster said, “Do you have a question?”  How friendly.

I assured her I did have a question, and she said nothing and started pecking on her keyboard.  Finally, she quit and said, “And?”  This little alterna-chick was starting to piss me off…

She looked up my book, and walked off without saying anything to me.  I assumed she was going to check the shelf, but it was just a guess.  What the hell, man?  Eventually she came back, and unenthusiastically said, “We don’t have it.  You wanna order it?”

And I’m barely into this tale, and need to quit already.  I’ll continue tomorrow, with the story of Jeff Kay wedging his heft through a “narrow passage” cave, if you can believe it.  Good god…

I’m glad to be back.  Thanks to everyone who held down the fort in the comments section while I was away.  I haven’t read all of them yet (46%), but will.