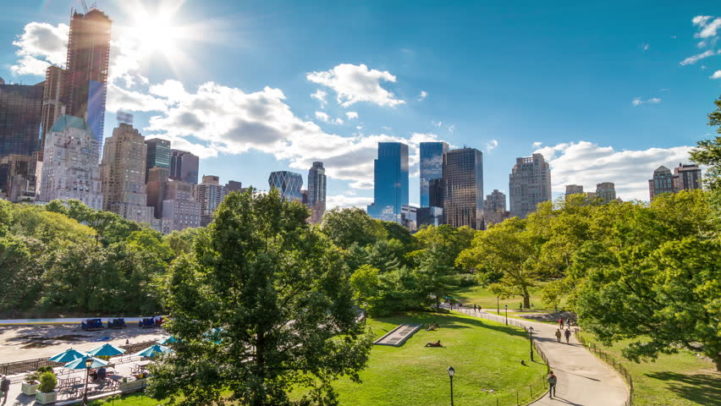 We had to be on the bus at 7:15 am, which caused me some anxiety. I don’t usually see that time of day, and whenever I have to get up early, generally for something important, I stress myself out the night before, and can’t sleep. Indeed, I might have gotten four hours, Friday into Saturday. Not good.

Also, I went to McDonald’s on Friday evening, for dinner. They were serving fried shrimp in the cafeteria at work, and I won’t eat that crap. So, I scarfed down a Quarter Pounder with cheese, no pickles, and a sweet tea. And about an hour later I wasn’t feeling so hot. It wasn’t a debilitating yuk, but something was definitely off. When I got home, I told myself, I’d take care of whatever storm was brewing in my gut, and everything would return to normal.

But I think I stressed myself out to the point of developing a vapor lock. Everything was sealed off like a submarine. I was worried about being sick on our big day, and also walking around like a zombie due to lack of sleep. And it was a self-fulfilling prophecy: I found myself lying in bed staring at the ceiling fan, needing desperately to crap, but seeing no rectal way forward.

The bus, as suspected, was loaded with old people. It isn’t the normal commuter bus that runs to NYC every hour or so. This one is called a Shopper’s Special, or somesuch, and goes directly from Scranton to Port Authority. There’s no stopping twenty times along the way to pick people up.

A woman in her 70s was seated a couple of rows in front of us, and she was clearly a seasoned pro. Somehow she had a schematic on her tablet, showing every seat on the bus and who was sitting where. Shouldn’t that be proprietary information? In any case, she was directing people to sit in unassigned places, taking it upon herself to social engineer the whole thing.

Our eavesdropping revealed that this lady, apparently named Carol, rides this Saturday morning bus literally every week, and attends a Broadway show. This has been happening for many years. She’s seen one show (we didn’t hear which one) 88 times. And she’s seen Hamilton 12 times. In fact, she’s seen everything, repeatedly in many cases. She has some kind of ticket-buying system that seemed very complicated to me. On Saturday she had no idea what she was going to see, but didn’t seem at all concerned. We heard her tell a woman she’s known as “Broadway Betty” in certain circles.

And before we made it to the interstate, the bus driver kept asking her where to go. “Do I turn here?” he said several times. That didn’t give me a warm and fuzzy feeling. But Carol/Betty ran a tight ship, and kept everything moving in the right direction.

We arrived around 10 am, and immediately had breakfast at a place called Cafe Hestia. I had a western omelette with home fries and toast, and it was good. Some swarthy gentleman prepared it right in front of me, and it was cheaper than what it would cost in Scranton. The coffee was excellent, as well. Toney also gave it a thumbs up. We were off to a good start, but it still felt like I might explode at any moment in a spectacular supernova of poop and eggs.

Then we started walking. I let Toney navigate, and we ended up in the Flatiron district. There’s a big Italian market there, called Eataly, and we walked through it. It was PACKED, and everything was shockingly expensive. There were rude bitches and bastards in there, as well. We bought a candy bar for $4.80 (self-checkout!), and went to a little outdoor sitting area and shared it.

The weather was perfection: low 70s, low humidity, sunny blue skies. We sat there and people-watched for a long time. All manner of Asians and Europeans and inexperienced Americans with selfie-sticks were on the place, snapping photos in front of the Flatiron Building. I’m a big fan of people-watching, and commenting on the things I see. Toney’s very good at it, too. We could’ve just spent the entire day there, continuing with our color commentary.

But we eventually continued walking, and ended up at Chelsea Market. It’s some kind of big-ass shopping situation, with a lot of food options, inside an enormous historic building. Completely PACKED. We each had a scoop of ice cream there, from a place called Creamline. I just had chocolate, and it was, perhaps, the best ice cream I’ve ever tasted. No kidding. It was super-good.

The building was cool, and the whole experience was interesting. But there was just way too much humanity in that place. We walked through, and made a beeline for the exit. I was starting to develop a low-grade case of claustrophobia.

And I’m not going to finish this thing today. So, I just added “Part I” to the title, and will complete it tomorrow. Too many interruptions in this full-on insane asylum I call home… Stay tuned, though. There’s a surprising twist in the tale, concerning the situation with my stormy bowels. It’s something I never could’ve predicted.

Here are some photos I snapped during the day.

And I’m going to work now.  But I’ll be back tomorrow with a rare Tuesday update.