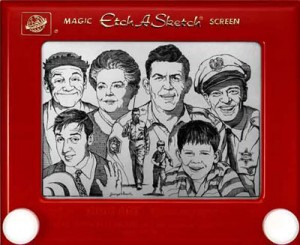 After discovering our fantastic new hobby, my friends and I set out to do as much research as possible.  And over the next few years we conducted many experiments and field tests, to discover which stores in the Kanawha Valley would sell beer to obviously underage zit-poppers such as ourselves.

Indeed, if we’d been more industrious, we could’ve published a handbook to help the kids that came after us.  We knew which stores were a sure thing, the ones that were a gamble, and the locations that weren’t even worth bothering with.  Extremely valuable information for the budding drunkard…

We did most of our business with a place known as Pasquale’s.  The signs all said “Cold Spot,” but everyone called it Pasquale’s.  It was run by Arabs (or were they Persians?), who were, you know, mostly concerned with fostering and maintaining streams of income.  If a person had cash in-hand, and was at least pubescent, they could shop from the Big Wall of Coolers at the rear of the store.

Oh, the place was legendary, and much-loved.  In fact, I think they advertised in our school newspaper, with plenty of wink-wink innuendo, etc.  How’s that for balls?

Occasionally the authorities would start raising hell, and Pasquale’s would have to make a half-hearted effort to follow the rules.  I remember Bill and I went in there one evening, and there was a handwritten sign above the cash register that said the following:

We do not mean to hastle you, but law require all ID be check. -The Manger

Concerned, we asked the cashier what was going on, and he just chuckled and told us not to worry about it.  So, we took his advice and left with 24 bottles of Mickey’s Big Mouths, with the old razor-sharp pull-off tops.

Wagner’s Market was another sure-thing.  They employed a lot of college-aged kids who didn’t give a damn, one way or the other.  We never tested it, but it probably wasn’t even a requirement to pay for stuff.

At one point there was an old red-haired Irish woman who worked there.  She lived on my paper route, and I delivered free-of-charge newspapers to her every day of the week — in exchange for considerations at the store.  It was all unspoken, but perfectly understood.

This brassy broad’s voice was ravaged by decades of cigarettes and bourbon abuse, and she’d tell us (every single time), “I know you boys aren’t old enough to buy this stuff.  So, if the cops pull you over tell ’em some [n-word] bought it for you.”  Yes, she was all class.

In a neighboring town was another sure-thing, called Romeo’s Rapid Mart.  A guy in a wheelchair worked there, and could apparently only move from the tits-up.

He never gave us any “hastles,” but it was obvious we made him nervous.  We expected him to eventually refuse to sell us beer, and we had a plan for that day.  It was only a joke, but we talked about it all the time…  We would roll him out into the middle of the floor, carefully turn him over on his side, and complete the transaction ourselves.  All very humane, mind you.

Yeah, we were all about beer, and almost never drank anything else.  We dabbled in rotgut wine, but it was disgusting and sometimes triggered abdominal pain like being impaled by a sword.  That was a short-lived experiment… for me anyway.

And the first time I remember drinking a substantial amount of liquor was on a school trip to King’s Island amusement park, in Cincinnati.

We were seniors in high school, and spent the night at a Holiday Inn “Holidome,” or some shit.  Everyone had been warned in advance that our luggage could, and probably would, be inspected.  Don’t even think about smuggling in any alcohol, they told us in menacing tones.

So everyone had shampoo bottles filled with booze…  And it worked; nobody got caught, and the spirits flowed throughout the night.

I don’t think any of us even slept, we just walked from room to room taking big swigs off jugs of Pert.  It was insane.  There was no consistency to what we were drinking, it was just a crazy mixture of vodka, bourbon, rum, gin, and various schnapps and liqueurs.

“Pass me that Prell, goddammit!”

The next day we went to a Cincinnati Reds game, and I felt like I’d been run over by a dump truck.  Afterward we took the bus home (a four hour trek), and I think I slept most of the way with my face pressed into the afro of a black guy sitting beside me.

So, there you go.  That’s the highly important additional information I’d wanted to add to yesterday’s update.

I’ll leave you now with something from the Stealing Clive Bull’s Topics desk.  A few nights ago Clive was asking his callers if they wanted to be buried or cremated.  And if it’s the latter, what did they want done with their ashes?

I definitely want to be burned-up.  The thought of being lowered into a hole gives me the freakin’ creeps.  No, I’d much rather they load my Earthly container into a furnace, and call it a day.  I’d then like the ashes (and there’d be a lot of them) to be loaded into an Etch-A-Sketch (or six), and enjoyed for years to come.

What about you?  Use the comments to tell us all about it.