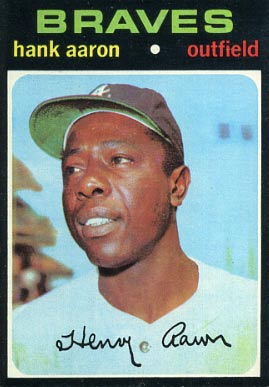 I didn’t mention it here, for fear of a panic, but the Nancy Christmas Special was almost canceled.  The oldest translucent (“Mr. Tophat!!”) had a 102-degree temperature, and it appeared they might not travel.  Under normal circumstances I would’ve been muttering, “Come oooon 103…”  But this time I want the visit to happen, because it’s been so long.  We need fresh stories.

Sunshine and Mumbles are supposed to arrive Thursday evening, and the rest of the gang is scheduled to be here around noon on Christmas Eve.  The see-thru apparently tapped into some inner soy reserve, and bounced-back from his typhoid.  They’re driving from Atlanta, straight-through, after picking up Toney’s (and Nancy’s) brother at the airport Thursday evening.  Crazy, man.

I’m off from work, believe it or not, until Sunday at 3:00 pm.  That’s three and a half days in a row, which is unheard of anymore.  It’s gonna be great: a chair, a beer permanently attached to my right hand, and a notebook on my knee.  I’m looking forward to the downtime, I really am.

I had a job interview at work on Tuesday, and was told within the first two minutes it ain’t gonna happen.  I’m not really surprised that I was denied the promotion, but didn’t think I’d find out before my ass cheeks had a chance to settle.  I mean, they were still in a semi-rounded state, when the news was delivered.  Oh well.  I’ve reached a point where nothing can bother me anymore.  I’m completely dead inside:  coal black.

While I was working last night, I started thinking about the Christmas presents I received as a kid – the ones which REALLY stick out in my mind.  We always had great Christmases – all of them were good – but I remember a mailman arriving at our house the afternoon of Christmas day one year, and delivering a complete set of 1971 Topps baseball cards.  This was at the height of my baseball card mania, and it blew my mind that they were delivered on the afternoon of Christmas.  I mean, how cool is that?

And the set was in absolute mint condition, which is rare.  The 1971 Topps cards have a black border, and show flaws easily.  It’s very difficult to get your crack-scratchers on a mint set of those babies.

I remember putting them in plastic sheets (nerd condoms), for protection, really dragging it out and enjoying every minute of it.  My parents almost always came through with excellent gifts, but that one sticks out in my mind for some reason.  It probably had something to do with the fact that my mom and dad weren’t real big supporters of my baseball card fanaticism, and the fact that they made the effort to track down something like that was a big deal.

Also, a few years ago my mother gave me a replica of the original Mattel electronic football game from the ’70s.  That was pretty cool, too.  I wasn’t a kid when she gave it to me, but it has a kidly connection.  It’s in the drawer of my nightstand, and I still break it out every few weeks and play a game or two.  It’s an inexplicable blast, moving that flashing dash up and down the field.

What about you?  What Christmas gifts stick out in your mind from your childhood, and why?  Tell us about it in the comments, won’t you?

And I’ll see you guys on the other side.  I hope all of you have a great holiday, and I’ll be back as soon as possible.