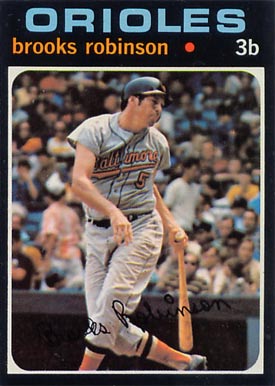 Toney just sent me a text message that said:  I’m expecting packages from Amazon, Dick’s, and CafePress.  If they arrive while you’re there, put them in our room.

But, utilizing my self-taught speed-reading technique, I only saw:  expecting package… amazon dicks… our room…  And for a moment I was plunged into confusion, not to mention despair.  Whew!

If I can make it through one more night of work, without developing a case of black vomit or falling sickness, I’ll have two days off in a row.  And tomorrow will be dedicated to getting my freaking life in order.

My hair is so goddamn tall (it’s of the Jiffy-Pop variety), I’m afraid to walk near ceiling fans.  And I owe millions if not hundreds of people DVDs from my Warner Bros. basement stash.  Also, all my in-rotation clothes are dirty, and I’m going to have to dig deep in my closet to find something to wear to work.  I’ll very likely be rockin’ a 1997 shirt that hugs my torso and accentuates my love handles.

But, by tomorrow evening I will have returned order to the House of Jeff.  It’s a longtime comin’.

I’ve been on a serious Izzy Stradlin jag lately.  I only have two of his solo albums — the ones on Geffen — but he’s released a bunch of others through iTunes and on foreign labels.  I want to have them all.

Yeah, I know:  Izzy Stradlin??  Hey, I can’t explain these things, I’ve just got to ride them out.  He’s always been my favorite Guns ‘n’ Roses dude, and his records are a lot of fun.  It’s all Stones/Faces-style rock, all the time.  They sound nothing like GnR, and I get the impression he doesn’t give a crap if anyone hears them, or not.  Good stuff.

Our younger boy was in Spanish class recently, and the teacher asked what the word “gaucho” means.  He told her it’s a Steely Dan album, and she said, “That’s true, but it’s not really what I had in mind.”

At the parent/teacher conference she told Toney that he knows a lot of unusual stuff the other kids do not, and he’s very interesting and never fails to surprise her.  However, he doesn’t put forth enough effort.

Yep.  He’ll be the one who someday takes over the Surf Report, after I succumb to grocer’s itch or puking fever.  It’s all developing right before our eyes, and so far we’ve been unable to slow its progress…

It’s funny, but the three that stick out in my mind were all pretty inexpensive.  My parents always hooked us up at Christmas, often with high ticket items like a pool table or expensive stereo equipment. But the most memorable ones cost less than thirty bucks each.

The first came when I was thirteen or fourteen, when I was at the height of my baseball card mania.  I always asked them for cards, and they resisted.  They said they didn’t know enough about it, and it was all kinda… weird.  But on this year the mailman brought a package — on Christmas day — from the Trading Card Company in Dearborn, MI.

Inside was two complete sets of 1971 Topps baseball cards (one each for my brother and me), in perfect mint condition.  I about shit the credenza.  This was before the price of cards went through the roof, and I think the sets only cost $24 a piece (amazing!), but it was just about the coolest thing ever.

1971, in case you give a crap, is very difficult to find in mint (or even excellent) condition, because of the black borders.  They show every flaw, but I’ve got one that is fully pristine.  Awesome.

And it was even cooler that it was delivered on Christmas day, in the afternoon.  It was a bonus, almost like Ralphie’s BB gun.

Another really memorable gift was a book my parents gave me, called The Rolling Stone Record Guide.  It was a big honkin’ reference book, in which the editors of Rolling Stone magazine reviewed almost every rock album ever released in history.  Each was assigned a number of stars, from 1 to 5, and I became obsessed with that thing.

Over the years I’ve bought every edition of the book, as well as a similar one written by the editors of Trouser Press mag, and they’re incredibly addictive.  I remember the first edition of the RS guide gave the early AC/DC albums one star each.  The review was snotty and pretty much said the band was complete shit, and not worthy of anyone’s time.  So, you see, I disagreed with a lot of their assessments.  And that somehow made it even more fun.

And just so you know, they changed their opinion of AC/DC in subsequent editions.  Eventually they realized what the rest of us knew all along.

The other super-memorable gift came from my parents just a few years ago.  They gave me a reissue of the old Mattel hand-held football game.  And that kind of coolness was so… unexpected.  I had the game as a kid and loved it, and it’s still kick-ass.  I keep it in my nightstand drawer upstairs, and bust it out every few weeks.

It’ll never stop being fun, and I’ll probably be playing it all the way to the end, right before I go down with bladder in throat, or whatever.

Now it’s your turn…  In the comments section below, please tell us about the most memorable Christmas gifts of your life.  And if you don’t celebrate Christmas, just go with your Christmas equivalent, or birthdays, or what have you.

And I’ll be back soon, my friends.  I now need to get one more eleven-hour shift under my extremely long belt, so I can tend to the House of Jeff.  Come on 2 a.m.!