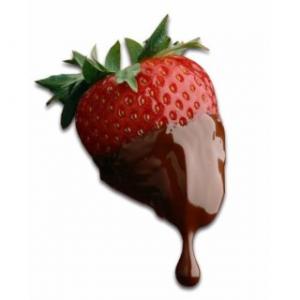 As Hurricane Sandy was swirling off the east coast of the United States a few weeks ago, and people in its path began to freak-out a bit, a predictable thing happened.  Folks in other parts of the country began to mock the reactions of people who would be affected by the storm.  Because, you see, that’s what we do.  We love to see people panic over the shit we deal with all the time.  It makes us feel good.

God knows, I’m guilty.  When we lived in Southern California, for instance, I delighted in the chaos and hysteria a few raindrops triggered.  It would start sprinkling out, and STORM WATCH 2000 would interrupt regular programming on TV and radio.  Then it seemed like cars were bursting into flames, freeways were crumbling, and people were throwing themselves off tall structures.  It was fantastic!  We’d moved there from Atlanta, where it rained approximately every day.  I couldn’t stop smiling, or making snide comments.  At least until the body bags were parachuted in.

I read lots of comments on the internet as Sandy approached New Jersey and New York, especially from people in Florida and Louisiana, and other states that get pummeled by hurricanes every year.  “Pussies!” they shouted.  “We eat CAT 1 storms for breakfast down here!!” they mocked.  The fact that NYC was involved made it even more delicious.  Most of them shut up when houses started tipping over, and submarines ended up in Allentown, Pennsylvania, or whatever.  But a few of them continue to sneer.

With your help, I’d like to put together a guide to United States inter-regional mockery.  How’s that sound?  I’ll get the ball rolling, with the ones that jump immediately to my mind, and you guys can take it from there.

When we lived in the aforementioned Atlanta, we got BLASTED by snow around Easter one year.  It was a full-on blizzard, resulting in something like a foot of accumulation.  It was very strange, for that part of the country.  And the whole region shut-down for days on end.  Power was out, the streets were impassible, and (are you ready for this?!) stores were running out of beer.  And folks in the northeast just laughed and laughed and laughed, and repeated the phrase “light dusting.”

Love to mock:  places outside the south being threatened by hurricanes or tropical storms, regions of the country suffering with higher-than-normal humidity, Southern California and their reaction to rain.

I love the south, but it’s frequently uncomfortable.  It’s hotter than mule piss in the summer, and the humidity makes you feel like you’re swaddled in a blanket soaked with sea water.  For months on end…  So, when someplace is hammered with a blast of high humidity, and they start to complain about it, the mockery machine cranks into action.  Then they apply some Gold Bond medicated powder, and mock some more.

Love to mock:  people outside the region frightened by the mere suggestion of a tornado.

I fall into this category.  Tornadoes scare the crap out of me.  I’ve been in several situations where we were asked to take cover, and almost had to throw my underwear in a dumpster after things finally settled down.  When I was a kid some kind of freaky tornado-like thing came whipping through Myrtle Beach, SC, where we were camping, and it was probably the scariest thing I’ve ever experienced.  Campers were tipped over, our canvas awning ripped off the side of our trailer and went sailing across the clubhouse, my mother was nearly decapitated by an airborne Krispy Kreme box…  And even though decades have passed, I still get sweaty palms when people start talking about tornado warnings, and such.  So, go ahead Iowa:  mock away!

I attended a work meeting in San Francisco years ago, and there was an earthquake.  We were inside a hotel conference room, around a giant table, and the shaking commenced.  There were chandeliers in the room, and they began clanking and making a racket.  An alarm went off, and a recorded voice told us to move to an interior room.  And all us out-of-towners did as we were told, with oh-holy-shit expressions on our faces.  But the locals just stood up, stretched, and sauntered over to the food table.  As I made my escape, I looked back and saw some guy taking a bite of a chocolate-covered strawberry, without a care in the world.  And later that night, at dinner, the mockery took hold — as required by the rules of the universe.

And you guys can take it from here.  I focused on weather, and that sort of thing, but there’s no reason you can’t expand the scope a bit.  In the comments section please help me build a Guide to U.S. Inter-Regional Mockery.