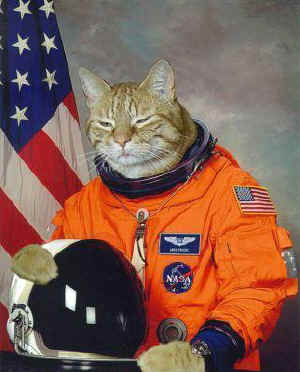 My hair is so long and out of control, I’m starting to look like Nacho Libre.  I was planning to knock out a quick update, undergo a radical outpatient follicle-shortening procedure, and grab a seven-dollar lettuce sangwich from Subway.

But it’s already late and that plan would require me to squeeze an awful lot into my “morning,” and also take two showers before work.  I can’t go to the haircut place with last night’s residue all over me, and I can’t turn up for work with a thousand little hairs stuck to my forehead and neck.  See my dilemma?

A couple of weeks ago I wrote about how I became a kinda sorta beer snob, following a life-changing trip to Oregon during the early 1990s.  What is that aftertaste, that fantastic bitter aftertaste…. I’m sorry, I’m getting emotional…. and inexplicably aroused…

It was my first exposure to the hops of the Pacific Northwest, and after that monumental week, Rolling Rock etc. just wouldn’t cut it anymore.

In the update I mentioned that Full Sail Ale was one of the first of the kick-ass microbrews I tried.  And how I hadn’t tasted it in fifteen years or more, since it hasn’t been available in any of the places we’ve lived.

Well, that same day I received a message through Facebook, from Surf Reporter Kristin (pictured here leaning against a giant cup of pee).  She told me she would be driving through Scranton during the Memorial Day week, and could bring me some Full Sail.  Hell yeah!

Kristin lives in Minnesota, and Full Sail is apparently available there.  We lived in Southern California for four years, and couldn’t get it, but it’s sold in Minnesota?  Hey, whatever.  Who am I to question their distribution strategy?

I’m a little uneasy meeting readers of the site, if you want to know the truth.  I always feel like the real me is going to be a disappointment.  I’m kinda low-key, and my sense of humor is not always, you know, apparent.  So, I’m usually a bit ill-at-ease.

But if there’s great beer involved… exceptions can be made.

We decided to meet in the parking lot of a beer store, off Interstate 81, at 9:30 on Tuesday morning.  And a few minutes after I got there Kristin arrived with a case containing six Full Sail Pale Ales, six Full Sail IPAs, and an assortment of Minnesota microbrews.  Oh yeah.

She was very friendly and nice, and we talked for a few minutes.  She was driving back to St. Paul, an eighteen hour drive — and was doing it in one shot!  No way could I handle such a thing; I’d start hallucinating and screaming about fire and Ronald Reagan.

I offered to pay her for the beer, but she wouldn’t take any money.  It’s part of the Buy Jeff a Beer program, she said.  So, I exchanged an Evil Twin shirt for a case of fantastic beer.  And I appreciate it, Kristin.  You went above and beyond.  Thank you very much!

As for the Full Sail… it’s really good.  The IPA is hoppier than the Pale Ale, but both are excellent.  I’m savoring it, and there are still a few bottles left in the basement fridge.

I was a little worried that I’d be letdown by the stuff, after building it up to legendary status inside my head.  But it’s almost as good as I remembered.  I wouldn’t put it in the same elite class as Stone IPA or Dogfish Head 60 Minute, but it’s damn good.  No letdown whatsoever.

In case you’re keeping score at home, the other beers were from Summit Brewing and Schell’s, a variety of styles from each.  Also, two homebrews made by one of Kristin’s friends…  I’ll let you know how they go down, in a later update.

Thanks again, Kristin!  It’s much appreciated.

In yesterday’s comments, someone asked me to describe the new t-shirt a little better.  The phrase “iron-on” was used, so I thought I’d better step in.

These will be high quality printed shirts, there will be no iron-on.  The T-Shirt Lady delivers a quality product, the shirts are always thick and really nice, and this one will be no different.

The design will be across the chest, on a white shirt.  It will be smaller than the previous Evil Twin design, more along the lines of the retro shirt Earl is wearing here.

I hope that answers your questions.  I know some of you want it on a different color, or in a different style, etc.  But I have enough trouble managing six different sizes…  I can only do one at a time.  But I believe it’s gonna be cool.  In fact, I know it will be.

Here’s yer pre-order link.  And thanks!

On Sunday I overheard a woman ask another woman, “Do you have any Dristan, or anything?”

And I thought, “Dristan?!  What in the pearl-handled hell?  I haven’t heard that brand name in twenty years or more.  Do they still make it?  I mean, seriously, wotta 1970s throwback.”

I don’t know if Dristan is a defunct brand, and don’t really care, but I thought maybe we could list brand names that are no longer in existence, as the Question of the Day.  You know, like Quasar television (with works in a drawer!).  That kind of thing…

So, if you have anything on defunct brands, please use the comments link below.

And I’m gonna get ready for work now, sporting my Nacho Libre ‘do and the whole nine yards.  If it hadn’t been for the tiny hairs, I could’ve pulled it off.  Dammit!