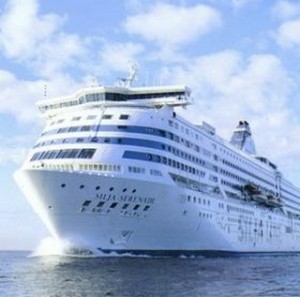 I’m pretty sure I’ve told this story before, but it’s been years.  I tried to track it down in the archives, and couldn’t find it.  Man, that old FrontPage site was a real turd, wasn’t it?  Wow!  Why didn’t somebody tell me?

Anyway, this sordid tale takes place in the mid-1980s, when I was living in Greensboro, NC.  I was dating a woman I’ll call… Sharon.  You know, since that’s her name.

Very early in our relationship Sharon asked if I’d be interested in joining her and her parents for a five-day (or so) trip to Charleston, SC.  Her folks had a friend with a house on one of the islands off the coast, and they visited every summer.

I had concerns about this, because things were going well between the two of us.  And too much togetherness, too early in the process, has a way of ruining things.  Ya know?  But I also didn’t want to reject such a monumental invitation.  This was a big step, for sure.

So, we all piled into Sharon’s parents’ car, and rode from Greensboro to Charleston.  I remember her dad would prop open the hood of the car, to allow the engine to “breathe,” every time we stopped somewhere.  I’d never known anyone to do such a thing, and was quite confused.

When we arrived at the house on the island, I was horrified to see that the entire place was tricked out with blindingly white carpet.  It was the brightest white I’d ever seen, and I had visions of myself tromping in there like a big ol’ hick, with railroad grease all over my shoes, or something.  Right away I was nervous.  It was like a blank sheet of paper, and I was the Hemingway of dipshittery.

They assigned one bedroom to me and Sharon, with only one bed in there, and that also surprised me.  My parents would’ve put us on opposite ends of the house, and locked us down until morning.  But apparently we were expected to, you know, sleep together.  Amazing.

Right away I saw that there was only one bathroom, and it was located off the kitchen, if you can believe it.  I mean, it was right there, with no hallway or anything.  And everybody hung out in the kitchen all the time, drinking wine and talking.

Not good.  I couldn’t use that toilet, it would be like crapping on stage — inside a theater with superior acoustics.  Everything would be highly amplified, and what about the… stink?  Oh god.  This was a bad situation.

I decided I’d try to ride it out.  I realize now how foolhardy that plan was, but it was made in the heat of battle.  I thought I could go five days without a sit-down, and avoid the humiliation of a Carnegie Hall dump.  Ha!

Yeah, it was smooth sailing for the first two days or so.  Then the cramping started kicking in.  My stomach was making all sorts of sounds, and people were laughing about it.  I was starting to feel like the Michelin Man, expanding by the hour.  I just hoped I wouldn’t explode in a spectacular supernova of poop, all over that crazy carpet.

On Day Three, or thereabouts, Sharon and I took the car out, and parked with some beers, overlooking the ocean.  It was a romantic setting, and we started messing around.  Eventually we climbed into the backseat, and things were leading from one thing to another.

Then I moved in a certain way, and farted like a cruise ship coming into the harbor.  It was incredibly loud, and seemed to last forever.  I was completely mortified, and wanted to just go down to the beach and walk straight into the surf.  It sounded like a blast off a sousaphone, and a thousand birds fled the trees.

I’m sure the look on my face was something to remember, and Sharon busted out laughing.  We didn’t really know each other all that well, but she turned out to have a sense of humor closely aligned to mine.  So, she thought it was hilarious, which helped a little.  But not much.

After I explained my problem, and once she wiped the tears of laughter from her eyes, Sharon told me about a second bathroom, in the basement of the house.  So, when we returned I disappeared for a while, and I don’t want to be too graphic… but I think it was above the rim by the time everything was over.

I remember it was incredibly hot down there.  It was an unfinished basement, with no air conditioning.  It was like a blast furnace, and I was completely drenched in sweat when I returned to civilization.  Sharon saw me, all sweaty and slick, and started laughing all over again.

Sheesh.  At least I didn’t soil the woman’s ridiculous carpet.  That was my one small victory on the trip…  Yeah, but it was kind of difficult to focus on the positives, after that humiliation.  Good grief.

If you have any similar stories to tell,  please have at it in the comments section.  And I’m going to work now.