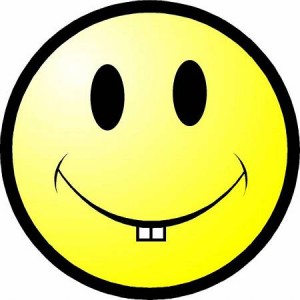 I left work last night around ten o’clock, because I felt like I was about to turn into a diarrhea cannon.  There’s some kind of stomach bug rampaging through that place, and I somehow picked it up.

I prefer not to think about the way it happened… because I suspect it had something to do with airborne poop spores.  Ya know?

A woman who works in my department was out for three days in a row with the thing, and told a co-worker on the phone yesterday that her ass had turned “inside-out.”  This, of course, made me laugh, but in a nervous way.

I came home last night, had a seat in the small room, and went straight to bed.  Toney, thinking I needed my sleep, turned off the alarm, and I ended up clear-cutting timber for a full ten hours.  It’s unheard of.

But I feel better today.  Not 100%, but better.  My gut seems like it’s bubbling and fizzing, but there are no signs of an impending liqui-sprint, which is a big improvement.

Hopefully I just got a small dose of the spores, and it won’t progress to the “inside-out” stage.  ‘Cause I can’t have that.

I took the older Secret to the orthodontist this afternoon.  His appointment was at one o’clock, and I went to the school about a half-hour beforehand, to fetch him.

“Sign him out!” the intimidating woman in the office ordered, while pointing toward a clipboard lying on a nearby desk.  Shit, man… why the hostility?  I picked it up, and scanned the previous entries, by the parents who had come before.

Orthodontist, dentist, doctor, sick…  The reasons were predictable.  I was tempted to shake things up, and enter something a little more interesting.  Like assplosions, lungful of poop spores, or simply “puberty.”

But, you know, I was a little afraid of the woman behind the counter.  She didn’t seem like the type who approves of fun.

The dentist office was complete pandemonium.  Nearly every chair in the sizable waiting room had a person in it.  It was an equal mix of dull-faced parents, and their middle school-aged kids.

I signed him in (out in one place, in at another), and shoehorned my heft between Merlin Olsen and a sixth grade girl.  As soon as I sat down the girl edged a little closer to her mother, which is always flattering.

I looked around at the crowd, and saw a teen girl at ten o’clock, sporting the wrinkled-forehead “I am totally disgusted by everything” expression required from females of a certain vintage.  At eleven o’clock was a boy who should’ve started visiting an orthodontist years earlier.  Radical bucking.

In the corner were three off-brand video games, with customized characters painted on the side — all sporting braces on their teeth. Here’s a bad cell phone picture.  The Pac-Man with a big Hilary Swank overbite is, in my opinion, mildly disturbing.

As I sat and waited for this tooth-straightening factory to get finished with our boy, I started noticing something very subtle, but definitely present.  And here’s a text message I sent Toney at 1:19 this afternoon:

This doctors office is a madhouse. I’m wedged btwn two people, and there’s a faint smell of poop.

Dammit!  You can’t escape it, you can’t avoid the shit mist.  I tried to breathe through my hand, to possibly filter-out the particles, but I don’t know how successful I was.  I also attempted to inhale through my nose holes only, thinking the hairs and whatnot might help.

A man on crutches, and missing the bottom third of his left leg, came in with a boy and sat down in the waiting room.  He knew one of the other parents there, and told her, as if it’s no big deal, that he’s going to have another six inches taken off his leg in the morning.

“They’re going to remove the knee this time…” he said.  “So, what’s going on with you?”  He said it like I might tell someone I’m planning to take in the Camry for an oil change.  Yowza!

As we were leaving (finally) I saw a guy standing in the doorway of an independent record store, a couple doors down.  He looked bored, and a little concerned.

Hey, I tried to support them, I really did.  But they cranked-up their prices to the point of outrageousness, and the cashiers are always snotty and insulting.  So, fuck ’em.  You’ve gotta meet me halfway, bitches.

I asked the Secret if he wanted to get something to eat, since I’d had nothing all day.  “Can we go to Moe’s?” he asked.  And I was hoping he’d say that…

I used to get the Homewrecker burrito, without guacamole.  But I soon realized I was making a tactical error.  The Triple Lindy is exactly the same as the Homewrecker — except it doesn’t come with guac.  And it’s fifty cents cheaper.

You think they’d tell you, but they don’t.  Oh, and I didn’t hear them holler “Welcome to Moe’s!” a single time while we were there.  I think they’ve already scrapped it, and that’s a good thing.

So, there ya go.  This is a late update explaining why the update is so late.  Pretty slick, huh?

I’ll leave you now with two questionable Questions to chew on.  The first is from the Stealing Clive Bull‘s Topics desk.  A few nights ago he asked folks to call-in and tell him what’s banned in their home.  What’s caused you to say, “That’s not welcome in this house!”

Anything?  Nothing comes to my mind.  Oh, we’ve banned the kids from seeing certain movies, because we thought they were too young, and have never let them watch brain-eating crapola like professional wrestling.  But we’re not big on high-horse proclamations, really.

Clive’s callers were mentioning certain newspapers and magazines, TV shows that offended them, etc.  Do you have anything on this?  I don’t have a very good feeling about it…

And finally, I’m getting sick of calling our kids “secrets.”  I mean, seriously.  That shit’s played-out.  But, at the same time, I don’t want to use their real names on the website.

So, if you could help me give them internet names, I’d be much obliged.  Maybe sitcom brothers, or something along those lines?  Like Wally and the Beaver, but not so obvious?

Of course, it doesn’t have to be from TV.  It can be from movies, or books, or music even.  Anything really, I just need to give our younglings their very own internet names.  Help me out, won’t you?

And that’ll close out the week, boys and girls.

I’ll see you on Monday!