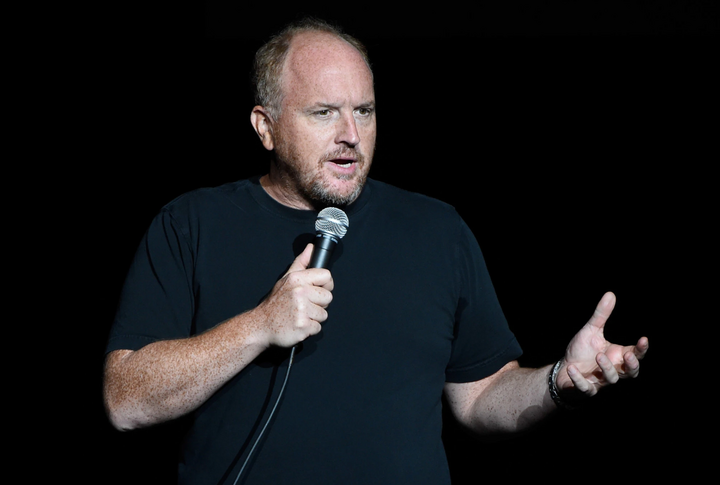 I have, but a lot of it has to do with my kids. Specifically, the older boy. He keeps asking me — before I’ve even had a single sip o’ coffee early in the morning — if I’d like to go see someone with him. Here’s what we have booked so far:

Bill Burr in Bethlehem, PA. We’ve had these tickets for a long time. I’m going with the older boy, and am looking forward to it. I’ve been to some standup shows* during my life, but it’s been a while. Many years, in fact. This one will be fun, I have no doubt. I think the boy ambushed me, like described above, and tickets were purchased before I was halfway through my first cup of Eight O’Clock Bean Coffee. It’s a very vulnerable part of my day, and I think he knows this.

Rolling Stones in Pittsburgh. I’ve never seen the Stones. I had opportunities when I lived in Atlanta 25 years ago, but thought they were past their prime, even back then. Ha! Mick just turned 78, roughly the same age as my parents. The older boy had to work on me for this one. I said no, right out of the box. ‘Cause the tickets are very expensive, and Pittsburgh is far from here. It would require an overnight hotel stay, and maybe two days of PTO burned. But he reminded me I said the same thing about the ticket prices for Tom Petty in Philly, and Tom was dead six months later. “Aren’t you glad we went?” he asked. So… fast forward to 30 minutes later and we’re ordering breathtakingly expensive concert tickets. Now I find out Charlie Watts won’t even be there. Oh well. It might be fun. We’ll see. This one makes me a little nervous. It’s going to cost us a thousand bucks, I think, when you add it all up. And that’s straight-up insane. I saw Queen for $11.

Louis CK in Reading, PA. These tickets were purchased a couple of days ago, following the latest early-morning ambush. I’ve never seen the “disgraced comic,” but think he’s some kind of genius. Brilliant, for sure. Yeah, he’s a flawed sumbitch. But this one didn’t take too much convincing. I was all-in from the jump, as they say. This will be the third time the older boy has seen Louis, and I’m touched that he wants to go with me this time.

Eels in Philadelphia. This one isn’t until next spring, but tickets are already on sale and purchased. I’m going with both boys, and Steve. I’ve seen the Eels more than any band, by far. It’s gotta be ten times or more at this point. Heck, I saw them at the Roxy in Los Angeles, when we lived out there. And many times in Philadelphia. I’ve seen them multiple times at the Theater of the Living Arts, multiple times at World Cafe Live, the Keswick once, Union Transfer once, a Unitarian church once (bizarre!), and maybe others that I’ve forgotten. We never miss an Eels show. Never!

And those are the shows we have on the docket so far. Who knows what tomorrow might bring? Do you have anything booked? Please tell us about it, won’t you?

*Here are the standup shows I’ve seen during my ridiculous life:

Steve Martin at the Huntington Civic Center, at the height of his white-suit, arrow-through-the-head “wild and crazy guy” fame. Fantastic!

Sam Kinison at the Greensboro Coliseum. The tickets were free, through Peaches somehow. I went with a guy named Eddie, from the store. It was madness.

Jeff Foxworthy, closing out a WEA convention. I was disappointed that he was doing the closing night, because it had previously been people like Prince, Iggy Pop, and Rod Stewart. But the man is a pro and had that place rocking with laughter.

Robert Schimmel in a hotel bar, somewhere in California. Possibly Anaheim? This was also at a WEA convention, but wasn’t on the main stage. It was an after-hours thing, open to convention folks after the regular festivities were completed. I’m not kidding… I laughed so hard and so often I was sore the next day, like I’d done a thousand sit-ups or something. That guy was filthy and incredibly funny. RIP Robert. And RIP Sam too.

I can’t remember any others, although it’s possible I’ve forgotten one or two. Have you seen any big-time comics? Please tell us about that, as well.

And I’m calling it a day, my friends. Have yourselves a fine, fine weekend.