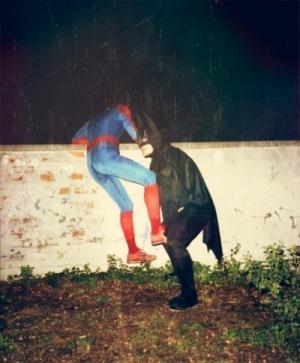 I’ve been using Firefox as my browser o’ choice for several years, and never really thought about it. Which is a good thing: if you’re thinking about your browser, something ain’t right. But over the past couple of weeks it’s been causing me problems. Did something change? Some “enhancement” that rendered the application noticeable?

Whenever I’d open a window through Firefox, my computer would start revving up and acting sluggish. I usually have three or four windows open at the same time, and my machine was sometimes acting like we were back in the dial-up days. And I can’t have that. I checked the task manager, to be sure, and it was definitely Firefox sucking up all the resources. What the hell, man?

So, I’ve started using Chrome and everything’s lightning fast and quiet. It was annoying at first, because the new browser didn’t know all my passwords, and various internet proclivities. It had an import feature, which didn’t seem to work very well; as far as I could tell, it was a button attached to nothing. But Chrome seems to know me now, and I’m back in the game.

One small paranoid concern: my whole life seems to be facilitated by the Google Corporation at this point. They’re in charge of my email, internet activity, cell phone, etc. Before long I’ll have Google tires on my car, and be shoveling in forkfuls of Google food.

I cooked dinner for the family on Friday, and it was a 100% success. The plan was to do it every Saturday, but our schedule got screwed up last week, and I moved it to Friday.

While I was in West Virginia a couple of weeks ago (it seems like a couple of months ago already), my mother cooked a roast for dinner one night, and it was incredibly good. I asked her to share the mysterious magic with me — how in the pearl-handled hell is something like that even possible? She explained it, and it seemed improbably easy.

So, last week I went to Sam’s Club, chose a $19 rump roast and put it in the Crockpot with a shitload of onions, a little water, and salt and pepper. Nothing else. This happened around 10 a.m. At 1 p.m. I added a metric ton of raw carrots, and an hour later… an endloader scoop of raw potatoes. At that point I turned down the heat from HIGH to LOW, and let it go for another five hours.

And I’m not kidding, it was perfection. The meat was tender as a mofo, tasted great, and was a huge hit. I also steamed some brussels sprouts, and heated up some dinner rolls. It was fantastic. And so easy! I’d assumed there was some kind of sorcery involved, but there was nothing to it.

My mother cooks roasts another way, too. But I went with the simpler of the two methods, and it paid dividends. I might attempt the more complicated way, somewhere down the road.

Next on my cooking agenda: extreme nachos. I’m going to create a ridiculous, over-the-top nacho bar in our kitchen, with an outlandish number of toppings. This new Dad’s Cooking! project is going to cost me a fortune, but every edition will be memorable — for one reason or another. That is my goal. There will be no half-stepping, when dad’s cooking.

Now for our Question… I was listening to the Adam Carolla Show a few days ago, and they were talking about a recently released survey, which asked people the super-power they’d most like to possess. Women, it said, choose “invisibility” most often, and men “the power of flight.”

I would go with invisibility, without giving it a second thought. I’m with the ladies on this one. There are so many possibilities… Oh yeah, that would be kick-ass.

Which one would you choose? You can pick from the established super-powers, or make up some new ones. It’s all good. Use the comments link below. Tell us which one you’d go with, and why. The why is important.