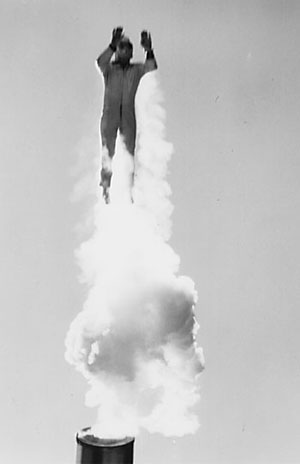 After I left work last night the seatbelt in my car was acting funky.  I climbed into the cockpit, as usual, located the partially-depleted can of Pringles, peeled off a stack, and snapped the belt into place.

And it had no bounce-back, if you know what I mean.  It extended like it normally does, but there was no play.  It just laid there, all limp and lifeless.

The crap?  I started monkeying around with it, and couldn’t get it to work correctly.  Before I knew it I had roughly twenty yards of seatbelt pulled-out, and it wouldn’t rewind itself.

I wasn’t even aware there was so much belt available; it just kept coming and coming.  Man, a person that fat would have to remove both front seats to even fit inside a car.  And the stuff was all piled-up at my feet, as useless as a pair of tits on a submarine, or whatever that phrase is.

I got out of the car, and tried to mess with it from a different angle, but it wouldn’t budge.  I couldn’t see anything wrong, and all my maneuvering only made matters worse.  The shit was hyper-extended, and only moving in one direction.

I’d have to drive home without a seatbelt, and that made me uncomfortable.  In the 1980s I didn’t use those things at all, I stuffed them down into the seat like everybody else.  But now it’s just second-nature, and I feel like Robbie Knievel if I so much as back my car out of the driveway without first buckling-up.

Wonder if I could plug it into one of the latches in the backseat?  I actually considered this.  I thought I could use the one on the passenger side, in the back.  But, of course, that proved to be logistically impossible, so I just threw the fifteen pounds of fabric and nylon over my left shoulder, and started driving.

Yeah, and I didn’t like it, not one tiny bit.  I had visions of me rocketing through the windshield, like a man shot out of a cannon, so I continuously messed with the junction point above my left ear.

Then something cut-loose, and the entire belt retracted into its housing.  What a moment!  It was as satisfying as getting a two-day popcorn husk out of your teeth, or suddenly busting loose from a traffic jam.

There was so much belt it took a good long time, but eventually all of it returned “home.”  And I was able to secure myself, and put all those slo-mo crash test dummies out of my mind.

I sighed with relief, turned up George Noory, and lost myself in a discussion about strange lights over Philadelphia earlier in the evening.  And all was right with the world.

I’ll be back tomorrow, with the other half of this half-assed update.  Today’s been what we sometimes call a “challenge.”

I don’t really have a Question prepared, so why not just tell us your plans for the weekend?  Some of you will read about mine, but only if you’re subscribed to the mailing list.  Savvy?