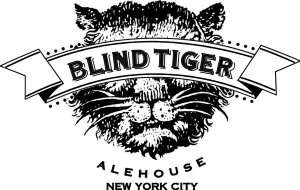 We used to make the mistake of trying to cram too much into day-trips, and would often come away feeling frazzled, burned-out, and disappointed.  So, a couple of years ago we adjusted our strategy, and began simplifying the expectation rosters.

On Friday we wanted to have lunch at a certain Chinese restaurant in Greenwich Village, maybe have a beer (or three) in a bar nearby, take the kids (budding Beatles fanatics) to see the Dakota building and the “Strawberry Fields” section of Central Park, and possibly visit a store we like, where they sell old-time candy (like Zotz!).

In the old days, that would’ve just been the noon-to-two block, instead of the whole shebang.

We planned to be on the road before 10 am, but didn’t actually leave until around 10:30.  Toney activated the GPS feature of my new cell phone, and I’ll be posting a review of it at Suggestaholic soon.

The trip to the New Jersey park ‘n’ ride was uneventful.  We bought our tickets from a filthy vending machine, and climbed aboard a Trailways-like commuter bus, which took us through the Lincoln Tunnel, into Port Authority.

There, we traveled down, down, down into the Earth, and jumped aboard a subway train bound (hopefully) for Greenwich Village (I don’t feel I’ve yet earned the right to call it simply the Village…).

It was hotter than owl piss in that station, there were no maps, and the signs seemed to contradict each other.  We didn’t have a huge problem with it, but never felt 100% certain we were going where we wanted to go.

I have no doubt the New York City subway system is a breeze once you learn it, but the same can probably be said for piloting the Space Shuttle…

It’s fast, though, and is an experience that stimulates all the senses, if you know what I mean.  We’ve never actually gotten lost, or taken the wrong train, but the possibility is always there.  And maybe that’s part of the fun?

Several years ago Toney and I had lunch at Sammy’s Noodle Shop, based on a recommendation by a guide book or real live human (I can’t remember), and loved it.  The food was fresh and delicious, the prices reasonable, and the portions outrageously large – just the way I like it.

We probably hadn’t been there since 2005, but went again on Friday.  It was around 2:30 when we arrived, too late for lunch and too early for dinner, but the place was crowded anyway.

We were seated at a table in the middle of the large dining room.  To my left was an old hippie woman, who has probably been eating lunch there for twenty years.  Behind Toney was a man who looked like Proposition Joe from The Wire, hoovering-up a platter of chicken and rice, and belching like an ancient belch-master.

Almost as soon as we sat down, a large group of Swiss(?) tourists was seated to my right, and directly behind the older Secret.  There must’ve been ten of them, and half were snapping pictures like every little thing was amazing.

Look, a salt shaker!!  And a napkin!  And soy sauce!  And holy shit, is that Prop Joe??  Flashes were going off all willy-nilly, and half the clientele was trying to blink-away the white spots in their eyes.

It was an amazing thing to behold, eavesdropping while those folks placed their order.  People from Switzerland (or wherever), ordering in English, to a man fresh out of China…  It probably took fifteen minutes, and that’s not an exaggeration.

At one point there were three employees at the table, and ten customers, and it sounded like all of them were talking at the same time, in different languages.  And the waiter had an expression on his face that said, “Why do you need twenty photographs of me writing on a pad of paper?  Wouldn’t ten or fifteen be enough?”

Our waitress was very nice, and our food arrived quickly.  The egg rolls were the size of corn on the cob, and the entrees were enormous.  We bought three different dishes, and shared them from the middle of the table.

And the shit was good.  The chicken, especially.  In fact, I floated the idea of placing an order for additional orange chicken, but Toney didn’t take the bait and I dropped it.

It was probably a wise decision, because all four of us left there groaning in misery.  But it was the good Thanksgiving Day kind of misery…  It felt like my gut was about to split open, my intestines ready to tumble to the sidewalk, and I couldn’t have been happier about it.

We walked around Greenwich Village for an hour or so, and saw a neighborhood basketball game that had attracted an improbable number of spectators.  The players, all adults in their twenties and thirties, were talking shit as well as smack, and emotions were running high.  In the middle of the day, on a Friday?!

We saw where someone had apparently ripped into a pile of trash bags on the curb, and found a bunch of vinyl LPs.  So, they’d set up an impromptu sidewalk sale, attempting to peddle these highly desirable collectors items.  You know, that had been in the garbage only moments before…

Then we found the Blind Tiger, a bar recommended by a couple of Surf Reporters, and went inside.  The bartender, a woman, wasn’t exactly bubbling over with warmth, but she wasn’t all-the-way rude either.

I ordered Cokes for the Secrets, and asked about cask ales.  Their website said they have them, but I didn’t see anything listed on the chalkboard above the bar.  The bartender sighed and pointed at another sign, to her right, without saying any actual words to me.

They had two cask ales to choose from(!), and I went with the IPA.  It was served in short mugs, probably twelve ounces, and was very good indeed.  After we finished those, I returned to the bar (where someone needed to get acquainted with some Zest, and quick), and secured mugs of the other ale – something called Chelsea Red.  Double yum.

We took the subway to the Upper West Side, so we could stand and stare at the Dakota.  Which is what we did.  Then we wandered into Central Park, and paused at the John Lennon memorial.  As usual, fans had left flowers and various other items – including an acoustic guitar with peace signs drawn on it.

Beside the memorial was a man sitting on the ground, playing a sitar.  Man, if there’s one musical instrument I can’t stand, it’s the friggin’ sitar.  Flanka flanka: I hate the sound those things make, almost as much as the time Nostrils got into the Tangy Taffy.

We walked around Central Park for a while, and it was a beautiful day.  We stood and watched a gang of senior citizens engage in a spirited game of lawn bowling, and had no idea what was going on.  We also noticed an abundance of nannies, shepherding other peoples’ kids through the park.

We were planning to hit the candy store (Zotz!), but the sky suddenly turned dark and threatening.  So, we high-tailed it to the nearest subway station, and headed to Port Authority.  There, we caught a bus back to the park ‘n’ ride, and rode through the pouring rain.

If we’d hesitated just fifteen minutes, we would’ve been walking around with wet underwear for the rest of the day…

As is the tradition, we stopped at a Cracker Barrel in New Jersey, for dinner.  Somehow, this has become associated with day trips to NYC.  The place was slammed with people, and we had to park a country mile from the front door.  Buncha gravy-eating bastards…

I put our name on the list, and the woman said it would be about fifteen minutes.  I didn’t believe her; my inner-chain restaurant sensor told me forty minutes, but what are you going to do?

We looked around the store while we waited, and some fifteen year old super-effeminate member of the Future Poofters of America Club, kept cranking off incredibly loud horse-laughs.  Passing aircraft could probably hear that doucheketeer, and it was getting on my nerves.  It sounded like Hee Haw was coming on.

And roughly forty minutes later (told ya!), they called our name.  As we threaded ourselves through the seething crowd, Toney and I overheard a man, probably in his sixties, tell someone, “No, I learned about it in the Kama Sutra…”  WTF?

We were led to a table, and had a seat.  Nearby a busboy was removing some sort of adaptor from a chair, something I’d never seen before.  It was a wide plank of wood, that fits over the chair back, and makes the seat almost twice as large.  Is it for fat-asses?  I simply don’t know.  But if I ever get to the point where they have to install an ass-gasket, I’m going for the Al Roker surgery.

We ordered, and a deaf family was seated a couple of tables away.  And an angrier group I don’t believe I’ve ever encountered…  The parents continuously signed at their kids with violent stabbing motions, their faces all contorted with aggravation.  It was almost scary, and if the kids hadn’t been such li’l shitheads, I probably would’ve felt sorry for them.  Man, those were some perpetually pissed-off deaf people…

I ordered the Cracker Barrel Sampler, with macaroni & cheese, mashed potatoes & gravy, green beans, and a side salad.  And it was excellent, as usual.  But the waiter allowed my sweet tea to go empty, and I was forced to dock him a dollar for the infraction.

Next to us was a man, with two young girls.  We decided he was their Dad, but it was a divorce situation and he only had them for the weekend.  The girls ordered sandwiches, but Dad had breakfast – and ate his bacon with a fork.  What in the everlovin’ George Castanza hell??

We got home in time to have a few Yuenglings, and decompress in front of the BAT.  It was a nice day, and caused us to make a pledge to do it more often.

But this time, dammit, we mean it.

I have some pics for ya, but am experiencing technical difficulties (sonuvabitch!).  I’ll get them posted ASAP, and we’ll get back to the regular stuff tomorrow.

I’ll see ya then!