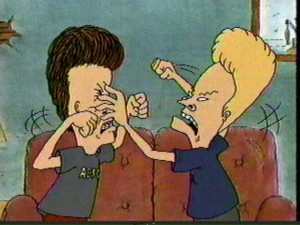 I took a vacation day on Sunday, because I reached my cap for PTO, and wasn’t accruing additional time.  And funk dat.  Toney and I went to the Backyard Ale House instead, where they had Bell’s Two-Hearted Ale on tap, along with a bunch of other interesting craft beers and imports.

Much better than working…

I also signed more books yesterday and the mega-stack is a little less daunting now.  I should be able to finish it up during the coming weekend.  I’m only working Mon/Tue/Wed this week, so the weekend starts on Thursday.  I’d love to have the project completed by Friday afternoon, but we’ll see how it goes.  Thank you guys for being patient.

One of our kids is home today, serving a one-day suspension for fighting.  I don’t want to get into all the details, but will say this much…  He might be in trouble at school, but he’s not in trouble at home.  That shit was long overdue, and I high-fived him for a job well-done.

Middle school, or Junior High as we called it, is no fun.  I was forced to punch five or six classmates in the face during those years, and clearly remember how sucktacular it was.  Kids are obnoxious little bastards at that age, and they’ll make your life a living hell if you don’t stand up to them.  So, our son’s “punishment” isn’t exactly grueling.  He’s taking a break from Playstation right now, and eating a bowl of ice cream.

Unfortunately, they didn’t suspend kids for fighting in my day.  It never earned me a day-off.  In fact, I can only remember getting into trouble once.  Some little turd was giving me a hard time in gym class, and I hit him so hard I think his head went all the way around.  I mean, it was the shot heard ’round the gymnasium.

And the coach, Coach Dye, gathered all the students around, and paddled my ass in front of them.  He had them form a semi-circle, and told me to bend over a chair.  Then: SMACK! SMACK! SMACK!!  You know, as all my “friends” cheered and laughed.

It’s amazing that such a thing was ever allowed.  But whatever.  That particular problem was solved for good (it usually only takes one good shot to the cheekbone to solve such issues), and news of it probably prevented a few new problems from popping up, as well.

Did you ever have any memorable encounters with bullies?  How about fistfights at school?  Please use the comments link below, to tell us your stories.

And tomorrow I’ll have something new from the House of Nancy.  Oh, you’re going to enjoy this one.  Heh.  Wotta grand gang of weirdos…

I’ll see you guys then.