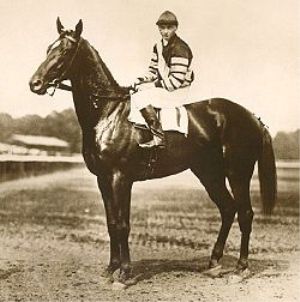 I had to run some errands today, since I won’t be around tomorrow, and one of the items on my list was to buy a couple of new shirts for work.  I’m in a cycle where I rotate between the same five or six, over and over again.  They’ve been washed so many times they’re in a state of full collapse.

So, I went to Target and picked out a few possibilities.  However, I’ve been burned in the past at that store, and decided to try them on before handing over my cash.  And all three shirts hugged my torso, so they were out.  I don’t like wearing shirts that feel like Chinese handcuffs.

After I left Target I had to urinate like Man o’ War, so I went straight to Sam’s Club.  They have an accessible bathroom, and are refreshingly pee-friendly.

Inside the men’s room they now have a strange new Dyson hand-blower.  You’re supposed to put your just-washed hands down inside a contraption that blows air from every direction.  Have you seen one of these?  They’re pretty nifty.  They’re activated by a motion detector, so you don’t have to touch anything (if you’re careful).

I checked out the shirts at Sam’s, and saw nothing I would ever wear, and left the place.

Next stop:  Macy’s.  Immediately I found another three shirts that looked right up my alley.  But two were torso-huggers, and one was orange.  It looked really cool hanging on the rack, but when I put it on I looked like I had liver disease.  I don’t know the science behind it, but it seemed to change the color of my skin.  Afterward, Toney told me that only black people look good in orange.  Is this true?  She acted like it’s common knowledge.

I left Macy’s, and headed toward JC Penney, through the mall.  As I passed an always-troublesome hand cream kiosk, some woman in a short skirt approached me and asked if I’d like to try a sample.

“Can I ask you a question?” she persisted.

“No,” I responded, without adjusting my speed.

In JC Penney I tried on a shirt that looked like a possibility, and it turned out to be perfect.  It fit the way I like ’em to fit, so I bought it and another of the same style but a different color.

I went into the Gap, and there was a mannequin with about three shirts layered on top of one another, and its pants inexplicably unzipped and partially pulled-down.  The mannequin was sporting tighty-whities underneath, and I just turned around and left.  It all felt a bit… homoerotic to me.

As I passed the hand cream stand again the same woman approached me, shaking her ass and smiling a broad smile.

“Would you like to try a sample?” she asked, clearly not remembering me from fifteen minutes ago.

“No, I told you before…” I said, while continuing to walk.

“Can I ask you a question?!” she shouted at my back, as I exited the scene.  Shit.  It’s like walking through a carnival midway at this point.

My car was covered in pollen (tree sperm), so I decided to run it through one of those automatic car washes, at a nearby Sheetz gas station.  I bought the cheapest option, for five bucks, but the guy in front of me obviously sprung for the deluxe package.

He pulled his Subaru into the tunnel of fun, and the apparatus made roughly a hundred passes over that thing.  It sprayed all manner of fluids on there, and rinsed ’em right off.  It was crazy.  It lasted for upwards of fifteen minutes.  I started to think something was wrong, and it was stuck in a perpetual loop.

And when it was finally my turn, I was out in two minutes, tops.  I think it just blasted me with water, and told me to get out.  But the pollen is gone.  For a few hours, anyway…

I made a few additional stops, but nothing memorable happened.

I don’t care for such nonsense.  For one thing, I long ago developed a Moe’s rhythm, and know my way around that place.  Now I have to switch things up a bit.  Plus, I feel like an idiot ordering something called Joey Bag O’ Donuts.  Today I just called it “the Joey,” and they seemed to accept it as valid.  It still feels kinda douchey, though.  Triple Lindy was perfect.

And that was my exciting day.  Tomorrow I’m going to New York, and I’ll tell you about that adventure next time.  I might even take a few photos, although I can’t promise anything.  It all depends on my mood.  I’ll be spending my day in Greenwich Village.  I don’t feel like I’ve earned the right to say “the Village” yet, so I still use the whole name.  I feel entitled to say “the Joey,” but not “the Village.”  It’s very complicated.

I don’t really have a question today, so just do with it what you can.  And I’ll be back soon.