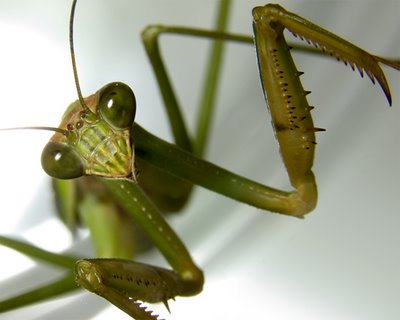 We went to Sam’s Club on Saturday, to buy a new set of tires for my car, and I wanted to tell them (as Phil Hendrie might put it) to jam it up sideways, then left.

I don’t know if the guy at the counter was an asshole, semi-retarded, or both.  But we weren’t communicating as humans normally do.  Here’s part of our conversation:

It was maddening.  His entire side of the conversation was monotone, and carried out with an I-don’t-give-a-shit-about-you attitude.  I finally told him to forget it, and walked away.

And Toney got mad at me.

The two of us started arguing, and she accused me of having a run-in everywhere we go.  She didn’t say it out loud, but there was an unspoken insinuation that I was acting like Sunshine.  And, man, that’s a low-blow.

I don’t see how any of it was my fault.  The whole conversation was a series of cul-de-sacs.  He never volunteered a suggestion, or alternative to anything I asked him; I had to do all the lifting.  And his attitude was infuriating.

I suggested we go to Wal-Mart or Sears, and as I was saying the words I could envision the monumental hassle it would be.  So, I sighed theatrically, and went crawling back to “No Outlet” Jones.

Since I have a long commute, and live in a snowy part of the country, I didn’t want to cut corners on the tires.  You know, the way I’ve done for the past thirty or so years. So, I swallowed my pride and bought the most expensive Goodyears they had.

And as I was preparing to pay, what must’ve been the regular cashier returned from his lunch break…

“Thank God, you’re back,” the first guy said, while looking straight at me.  Then he went out into the garage, to spread his special brand of joy to a different group of people.

The new cashier, very personable and full of energy, said, “Did he tell you how long it will be, sir?”

But I got my tires, dammit, and that’s the important thing.  And, in my own defense, I didn’t go completely Sunshine on that dude.  As evidenced by my still-valid membership card… Sunny would’ve been banned for life, and possibly arrested.

Back then I would’ve asked for the absolute cheapest option, and ended up buying something manufactured by a company you don’t usually associate with tires. Like Westinghouse, or Jordache, or Arm & Hammer.

But now that I’m hurtling toward old-manhood, I instinctively gravitate toward the opposite end of the spectrum.

I swore all this stuff wouldn’t happen, yet it’s happening…

While waiting, I purchased two shirts, and this book.  I went for the book because it was only $7.52, for some reason.  I’d read a glowing review of it somewhere (Entertainment Weekly?), and decided to give it a shot.  What of it?

And since we’re on the subject, I was in Target recently and noticed this thing on the shelves.  It’s a large coffee table book, with a hard cover.  Baffled, I flipped through it, and was even more confused after the fact.

On the first random page, there was a photograph of the Kool-Aid Man.  Then: a black & white picture of some unknown guy smoking a cigarette.  Then: Mary-Kate Olsen in a lace bra and panties.

What the hell?  I didn’t spend too much time with this new literary classic, for fear of a co-worker coming around the corner and catching me looking at outsize photos of freaky insect-like chicks, wearing underwear and standing in 1977 Elvis Costello poses.

Toney’s birfday is coming up, and she mentioned a certain perfume she’d like to have.  And while at Sam’s I noticed a pallet-display of various “fragrances,” all being sold at the same price.  I don’t know nothing ’bout no fragrances, and wondered if I might get lucky.

So, I started flipping through that crap, and realized every single item was tied to a celebrity.  They had Britney Spears, Celine Dion, Tim McGraw(??), P. Diddy(?!), Gwen Stefani, and plenty of others.

How strange.  I had a vague knowledge of celebrities releasing their own lines of perfumes and colognes, but didn’t know it was so widespread.

Also at Sam’s, they have an inordinate amount of “self-improvement” books.  Have you ever read a self-help book that actually improved your life in some discernible way?  I don’t think I’ve ever read one.  I wanted to pick up Chicken Soup for the Black, Black Soul, but couldn’t find it anywhere.

Oh, I’ve read several books about writing, but those are instructional.  I’m talking about the ones that supposedly teach you how to be more positive, and tell you to go to the Porsche dealer and sit in their cars, and that sort of thing.

Have you ever had any luck with such a book? Tell us about it, won’t you?

And I’m gonna have to stop right here. I need to iron a shirt and go to work. I know I should iron four shirts at once, so I don’t have to do it every day, but the thought of ironing four shirts is too sad to even contemplate.