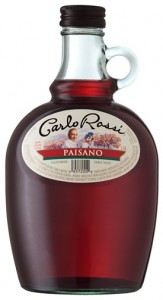 Apparently it’s almost prom season?  Is that correct?  Somehow this information has seeped into my consciousness, via newspaper/television advertising, I guess.  So, I thought I’d take the opportunity to briefly tell you about the first of my two proms.  That’s right, two.

Far in advance of the senior prom I started receiving data from my drinking partner Hank (a fake name).  His girlfriend, let’s call her Brenda, had a friend who reportedly wanted me to ask her to the Big Shindig.  I hadn’t even considered attending, and didn’t know this girl at all; I’d never said a single word to her.

But Hank and Brenda kept pushing me to do it, and lobbying to beat the band.  “We’ll go together, the four of us,” they said.  “It’ll be great!”

I started noticing Kelly, the girl in question, and she was certainly no hag.  She was pretty, and seemed nice.  Why did she want to go with me?!  Perhaps there was some sort of mental illness at play?

Finally, after a couple weeks of social pressure I called her.  And even though it was all set-up in advance — she knew I was going to ask her, and I knew she was going to accept — I was nervous as hell.  I probably had a matching pair of serving tray-sized sweat stains.

Shockingly enough, she said she’d LOVE to go to the prom with me, and seemed genuinely excited by the prospect.  Weird, man.

So, Hank and I went to the tux store and ordered our hideous 1981-era formal wear.  His was white (with tails!), and mine was brown — a brown tuxedo.

My mother informed me I was also expected to present my date with some sort of flower deal that attached to her wrist.  I had no idea…  Why would a person want to wear a bowling brace constructed of roses?  It seemed bizarre to me, but I ordered one anyway.

Hank and I also made arrangements to lay in a large amount of red wine (fancy!) for the evening, and have it properly chilled, etc.  Oh, it was all quite complicated…

Between the day I asked Kelly to the prom, and the dance itself, we went out a few times.  You know, since we’d never spoken before…  And she was great; there was no discernible psychosis, or anything of the sort.  Maybe this wouldn’t be so bad?

I picked her up in my parents’ white Monte Carlo (I can’t remember people renting limos in those days, but what do I know about it?), her mother took a million pictures, and we followed Hank and Brenda to the restaurant we’d chosen for dinner.

Hank was not only wearing a white tux with tails, but also had a top hat and cane.  The dude looked like a logo, and was talking a mile a minute.  Later in the evening I found out why…

We’d made reservations at a fancy-ass restaurant in downtown Charleston, called Lindy’s or Lacey’s or something like that.  The waiter had a questionable accent, a square of linen across him arm, and a pepper grinder the size of a table leg.

I’d never been in a place like that before.  The most upscale restaurant I’d ever experienced was probably, oh I don’t know, the Ponderosa Steakhouse?  This joint was ridiculous.  The menu was huge and cast a shadow across the entire party seated beside us, but only had about five items listed on it.

I fumbled through the ordering process, trying not to sound like a complete rube, and went with a steak of some sort.  I also ordered a 7&7 from the bar, because it was the only cocktail I could remember.  Yeah, I didn’t much care for it, but in those days beer wasn’t acceptable in fancy situations.

Anyone care to guess the final tab on that meal?  I’ll never forget it, as long as I live: $72!  My tux almost turned a darker shade of brown when ol’ Linen Cloth handed me the check.  According to this site, today’s equivalent would be $170.  And I think I still had my paper route at the time.

I barely remember the prom itself, it was just a bunch people walking around in uncomfortable clothes, trying to be sophisticated.  Needless to say, I didn’t engage in any dancing, or anything of the sort.  We hung around and talked to people, got our picture taken, and left.

And here’s where things get interesting…

Hank had made arrangements to gain access to a fishing cabin(!) near the Coal River, through a friend of his brother.  So, the four of us went there, and immediately broke into that rotgut wine we’d purchased.

The cabin was fairly nice, with a living room/kitchen in the middle, and bedrooms off to the left and right.  However, the water was turned-off, so the toilet wouldn’t flush.  And after a while it got a little funky in there… like a parking garage stairwell in downtown Atlanta.  Romantic!

We sat around drinking for a while, but Hank and Brenda eventually went into one of the bedrooms.  Which left me and Kelly, barely acquainted, listening to those two “romance” each other in the next room.  The serving trays were probably returning…

I asked Kelly if she noticed how weird Hank and Brenda were acting, and she said they’d been taking “speed” all evening.  I didn’t really know what that meant, but didn’t care for it.  Drinking is one thing, and popping pills is quite another.

Eventually I got up the nerve to instigate a little light make-out action, but we’d only gotten started when Hank came busting into the room all out of breath.  He was wearing nothing but his white tux pants, no shirt or shoes.

“I need your help, guys!” he said.  And as he made this confusing statement (our help?) I noticed that the tip of his wiener was hanging out of his zipper.  Good God…

“Something’s happening to Brenda!” he said, and we all went running.  She was completely naked, atop the bed covers, and was convulsing or somesuch.  I couldn’t believe what was happening before me.  I mean, I wasn’t the most worldly sumbitch, and here I was looking at a naked cheerleader.  Sure, she was having a seizure (I guess), but that was secondary — by a longshot.

I don’t want to be too crass, but everything was neatly trimmed, which seemed wildly exotic in 1981.

I think it was the pills, and all the alcohol she’d guzzled.  I don’t know.  But she was fine within fifteen minutes.  It was one of the more surreal events of my early life.

Some other things happened at that fishing cabin, but I don’t really want to get into it… Let’s just say I left that house of urine a changed “man.”

The prom committee had rented a movie theater in Charleston for the night, and we decided to leave our cabin at two in the morning, or whatever, and see what was showing.  It was something incredibly boring, starring Alan Alda (wtf?).  Everybody was throwing shit in there, booing, and raising hell.

Then we went to a place known as “Party Hill” and drank some more, with a bunch of other couples — including Bill from WV and his date.

As the sun was coming up, all four of us were having breakfast at a home-cooking restaurant in Dunbar.  And my Dad was getting ready for work when I finally dragged my ass through the door.

“Yeah, it was great,” I said, and went upstairs.  I kicked off my shoes, turned on some music (Tommy Tutone), and laid there reflecting on the previous twelve hours.  It really had been great.

Kelly and I continued seeing each other — for the next six years.  And as far as I know Hank and Brenda are still together, married for decades.

Now it’s your turn…  Did you go to the prom?  How was it?  If you have any stories to tell, use the comments link below.