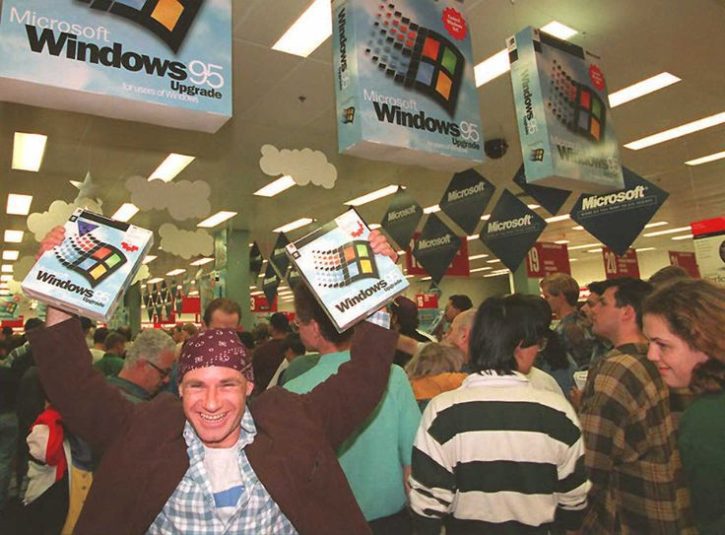 I spent several hours yesterday trying to nurse this laptop back to health. It’s old, but it still functioned reasonably well, until a few days ago. Suddenly I couldn’t download stuff, or even right-click and save a photo. I also couldn’t drag and drop; everything would just bog down and I’d have to reboot the bastard. Needless to say, I was about ready to go out on the deck, do a full 360-degree whip-around, and fling this thing deep into the woods.

But… I don’t have an extra $500 just lying around, eager to be traded for a new laptop. So, I ran a bunch of scans, and made sure the Windows update was current, etc. Nothing was really working until I got an idea: maybe I should shitcan Google Chrome?

That thing runs all the time, clicking and clacking and grinding away. Sometimes I open the Task Manager, and Chrome is sucking up two-thirds (or more) of the machine’s resources. You know, with its incessant grindage? So, what the hell. It was worth a try.

I uninstalled Chrome, made Firefox my default browser, refreshed it to make sure I had the most current version. And… most of my problems went away. Oh, it’s still not perfect, but at this point that might be asking too much. It’s back to functioning reasonably well. It doesn’t charge all the time, and sometimes shuts off for reasons unknown. But that’s been happening for six months or more.

So, I’m proud to announce that I’m back to shitty! For a few days I went sub-shitty, but things have improved to the point of mere aggravation and mild disappointment. I’m so excited!!

Yeah, our dryer isn’t working either. Well, it works for a little while, then quits. We had a guy look at it, and he said the motor is about to “go out.” He recommended buying a new machine, because a replacement motor would be around $200. We’re hemming and hawing. The guy charged us $65 to provide the diagnosis, and said he’d put it toward a new motor if we went that route. Hell, we’re almost halfway there. Right? …Hello?

Today I went to the laundromat, which is a treat. Every dryer was in use, and there was nothing but gibberish being spoken. Some sort of non-English… I’m unclear. There was a lot of yelling and uproarious laughter, and I decided they were talking about me. So I took my load of soppy drawers back home, and carried them back into the house. Then the brass handle fell off the screen door, and when it clanked around in the foyer it sounded almost exactly like those exotic foreigners at the laundry.

Yes, it’s a quite a life I’ve carved out for myself.

The thing about those Russians, or whatever they were… When I arrived two dryers were empty, one on top of the other. So, I separated my clothes into them, not believing my good luck. Yeah, they all knew that both were out of service, I’m certain of it. But they said nothing, and allowed me to go through the whole process, and also lose some quarters at the end. I had to get out of there. I was both pissed off and a little uneasy about the vibe in that place.

Hey, at least they were white, so I could dislike the whole bunch of ‘em guilt-free.

Last night both boys were working, so Toney and I went to dinner at Texas Roadhouse. I’m sure there are plenty of highbrow sophisticates reading this, not approving. But I’m not here to defend my meal choices. I want to tell you about the steak I sent back.

I always roll my eyes when people send food back, almost without exception. I assume they’re pains in the asses, and deserve whatever the cook is going to do to their food now. But I literally couldn’t eat this thing.

I went with the 12 oz. rib eye, and it was loaded with fat. I’m not kidding, it was 50% meat and 50% fat. I understand rib eyes are supposed to be “marbled,” but this was ridiculous. So, I told the waitress and she said they’d “throw another one on” for me. She didn’t apologize, not at all. She wasn’t rude, but she also didn’t seem too concerned about the shit steak she’d dropped in front of me ten minutes before.

However, the manager who brought the replacement to me was very nice and apologetic. He told me the first steak should’ve never been served, and kept apologizing over and over. And the second go-round was close to perfection. It didn’t even look like the same cut. I don’t know what the hell they tried to pawn off on me. Perhaps badger? I’m not clear on it. But the second one was really good.

I can’t remember ever sending back food. Even if there’s a hair, I just eat around it. One time in Atlanta there was a bug in my jambalaya, at a New Orleans-style hole-in-the-wall joint, and I did mention it to the waitress. And she got mad, and accused me of bringing the bug in myself! I’m not kidding. She apparently thought I had a pocket full of bugs, and went around cheating restaurants out of $5.95 entrees. But because of the way the food is cooked, or something like that? I don’t think that’s ever happened, until last night. What about you? Tell us about it, won’t you?

And that’s going to do it, my friends.

Have a great holiday!