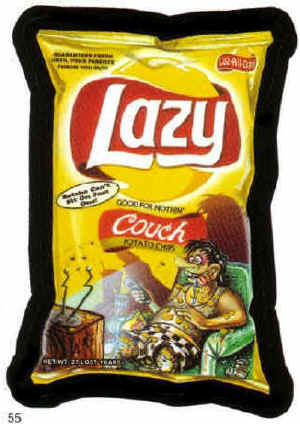 I think I’ve come down with typhoid, or possibly a very bad cold.  One or the other.  It feels like some jokester came in here while I was sleeping, and filled both of my lungs with twenty pounds of biscuit dough.  It’s no good, and I’m thinking about taking a sick day from work.

But, of course, I won’t.  I was raised by a man who would very likely show up at his job even if he had a headhunter spear driven through his upper torso.  My Dad never called off; if he was expected to be there, he was there.  I’m not as hardcore about it as he was, but my father’s work ethic will haunt me to my beer and hamburger-triggered grave.

Last night we were short-handed at work (some people were apparently raised by people quite unlike my parents), so I had to lend a hand with some of the actual labor.  Meaning:  I had to separate my hams from the desk chair.  And at one point I got light-headed and clammy, and felt like I was about to pass out.

And I can just hear it now:  “Jeff’s not used to getting his precious hands dirty, and blacked-out last night while picking an order.  The poor little delicate sissy-boy California pussy…”  People always fixate on California for some reason, even though I lived there for roughly 6% of my life.

And anyway, I’d like to see them run up and down ladders and lug heavy boxes around, with forty pounds of dough in their chest cavities.  But, of course, that’ll never happen, will it?  They’ll just call-off sick when they get sick.

I’d like to have a repeat of Christmas Day today.  It was fantastic.  The Secrets woke us up early: before 6 am, if you can believe it.  And after the presents were opened, and we had breakfast, I lounged around on couches for the rest of the day.

Contrary to popular belief, I rarely lounge around on couches.  But on Christmas I drifted in and out of consciousness for many hours, and read about a hundred pages of Youth in Revolt, an absurd and hilarious book.

And man, it was great.  I didn’t think of work, or worry about anything for an entire day.  And at the end of it I felt refreshed, optimistic, and completely clearheaded.  It was amazing, and I recommend it.

My 80 gig “Big iPod” is now two-thirds full, and I’m fast approaching a point where I’m going to have to start thinking about deleting some stuff.

First to go:  The Doors.  God, how I hate them.  I used to be a fan, for some reason, but cannot stomach one minute of that crap now.

Jim Morrison sucked.  I now realize it.  His voice was annoying, he wrote bad poetry, and fancied himself the tortured artist.  He was probably murdered in Paris, by some Frenchie who couldn’t endure even one more minute of his affected ass.  Yes, that’s my theory:  not even the French could handle his pretentious ways.

So, I’ll be removing the Doors real soon, to make room for more Hall & Oates.  Now that’s music!  Patterson Hood knows it, and so do I.

I’ll leave you with a Question that’s been moldering in my notebook for a long time, and I worry it might be a little… crass.  But, dammit, I’m going to unleash it today, and see what happens.

I’d like to know if you’ve ever seen another couple having sex, in person.  And if so, under what circumstances?

I don’t believe I have, but I’m not exactly Warren Beatty here.  When it comes to these kinds of things, I have a feeling I’m a tad sheltered.

I was in the same room while a couple from my high school were going at it, back during a previous lifetime, but  couldn’t see them (thank God).  They were in the bottom of a bunk bed with a blanket hanging down, so I could only hear the grunting and slapping — and that was disturbing enough.  Shit!  I just had a full-body shiver…

So, that’s your Question.  Use the comments link to tell us all about it.  And I apologize in advance.

I’m going to get ready for work now.