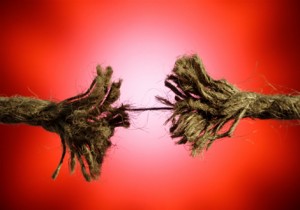 By the time my dad was the age I am now, he was retired from his main job (with a pension), and pulling down big bucks from his part-time job as a mechanic. I’m still trying to find my way, and he was about done by this point. It’s one of those things I try not to think about.

But, the forbidden thoughts do creep in… because my life is a shambles. I feel like I’m constantly spinning plates, like some baggy-pants vaudeville performer. Ya know?

I don’t like to mention my job too much, because Big Brother is watching. But my counterpart, who worked Thur/Fri/Sat, turned in her notice about two months ago. There were a few internal interviews, but a replacement was not chosen. Now they’re in a holding pattern, the woman is gone, and there’s nobody to lead her team.

So… the inevitable meeting occurred, and I was asked if I’d be willing to adjust my schedule, to kinda-sorta cover both shifts. They wanted me to work Monday through Friday, eight hours per day. I told them I’d do it, but only if they’d let me work ten hours per day. At least I’d be guaranteed some overtime pay, in exchange for adding a day to my schedule. Currently, I’m supposed to work four 10-hour days per week.

They didn’t like that idea, even though I work a shitload of overtime, as it is. They were objecting to making it official, with built-in overtime every week. But, in the end, they relented.

I’m not thrilled about it, but will have every Saturday and Sunday off. And, if I were a betting man, I’d put money on them never replacing my former partner-in-crime. I have a feeling her shift is now my shift, in addition to my own. Oh well. I can handle it. Whatever. I’m too tired to stew about things.

Last night I was there, and everybody was abuzz about the weather. It was raining and sleeting, and the temperature was plunging by the hour. It was supposed to start snowing around ten, and the drive home promised to be a real sphincter-pincher.

Then the fire alarm went off. WTF??

We evacuated the building, and I was missing two people from my department. It took ten minutes of hollering into a walkie-talkie squawkbox to track them down. And it was raining balls of ice out there, on an almost horizontal slant. Good god!

A bunch of fire trucks showed up, and all of us were standing in the parking lot, shivering and drenched to our skeletons. My underwear was suctioned to my ass for hours.

After about thirty minutes we were given the all-clear, and were finally allowed back inside the building. And I’m telling ya… if our half-hour lunches lasted as long as that half-hour did last night, they would be the lunches of kings. Sweet sainted mother of Blue Moon Odom!

The good news: by the time I left there at 1:45 a.m., the roads had been cleared, and it was smoove sailing. If I’d jumped ship at 11:00, like some people did, it would’ve been much, much worse.

Today I got to take my younger son to get a haircut. He’s incredibly finicky about it, and Toney has him going to some nearby salon. It’s the only place that does it “right,” according to him. Who the hell knows?

Toney is working today, so I accompanied him to this joint, for the first time. Well, well. Fancy-pants, indeed! It was like a little slice o’ New York City, right here in Northeastern PA. While waiting, I decided the place should be renamed Scranhattan. Maybe I’ll send them an email about it?

I sat and observed, as is my nature. And apparently I should’ve been wearing yoga pants, and clutching a Starbucks cup. And I should’ve hugged everyone, talked real loud, and laughed uproariously at everything anyone said. Next time I’ll know. I’ll also need a HUGE shoulder bag of some sort.

There were no male customers, that I saw. But it was a big place, and the boy told me there was a “mountain man” in the chair next to him. He said the woman was trimming his giant beard. Blecch! Can you imagine? That thing was probably full of cheese and pork residue. No thank you. I believe I’d rather stand in a parking lot in the freezing rain.

After that expensive (what the?!) haircut, we went to McDonald’s for lunch. It was free, because I’m an “influencer” on Twitter. Whatever that means… I get gift cards in the mail. It’s weird, but I’ll take it.

It was really good, for some reason; it scratched some primal itch. And the boy and I had a fun time talking and laughing. His brother, who is 17, doesn’t engage too much these days. He’s off in his own world, and I miss him – even though he’s still physically here.

And there are other “complications,” which I’ll tell you about in time. Nothing too shocking, just normal life boolshit. I think I’m going to call it a day now, and go visit my good friends at the beer store.

Sorry I’ve been away for so long. I’ll try to do better. I need to adapt to the new normal. Did anything exciting happen in your world this week? Please bring us up to date on it, in the comments section below.

Before I go, I want to remind you – yet again – about the Amazon links here on the site. If you’re doing your holiday shopping online, which I heartily endorse, please enter the Amazon site through any of our links (like this one), and I’ll receive a small percentage of whatever you spend. It’s an easy and painless way to support the Surf Report.

Have yourselves a great day, my friends.