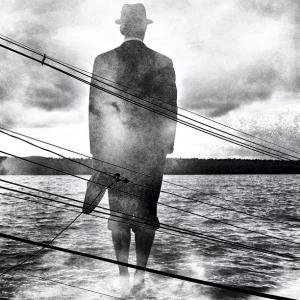 Yesterday I drove to Philadelphia and back, to pick up a set of restored 1970s stereo speakers. Our very own Dr. Buford buys them at yard sales etc., and cleans ‘em up and replaces the wiring. I wanted to get a set for our younger boy, who seems to have been born a few decades too late. He loves vinyl LPs, and vintage electronics. Oh, these things are going to be right up his alley.

I’ve been working under high-stress conditions, putting in close to 60 hours per week. So, I tried to rope someone into riding down there with me, to keep me from nodding off and crashing through a Red Robin. But, I had to do it solo; nobody was “available.”

I worked Friday night (Saturday morning) until 2 a.m., so I didn’t get on the road until noon. I had to buy gas, and also wanted to swing by that questionable store called Five Below. Do you have these near you? Everything is five bucks or less, and they stock every phone charger known to man. I wanted to pick up a car charger for my Droid Bionic, ‘cause I knew it wouldn’t last the entire day without one.

My first stop was Sheetz, and it was pandemonium. Every pump was engaged, and there was also a vehicle waiting at most of them. I chose well, and the car in front of me was gone within minutes. After that task was completed, I moved my car to a parking space (because I’m not an asshole) and went into the store.

It was also a madhouse. I used the no-fee “money for nothing” ATM, and needed to break a twenty, for tolls on the turnpike. So, I bought a Dr. Pepper fountain drink.

As I was filling my cup, some fatass in a heating/air conditioning windbreaker came barreling through and passed between my back and the shelf behind me. He knocked about six bags of chips into the floor, turned to see what had happened, and just kept on moving. “Nice!” I said, and picked up the debris and returned it to the shelf. I guess I told him.

There were six or seven people in line to pay, and one lady working the cash registers. Grrr… I stood there and sighed theatrically as people placed very precise cig orders: “Winston kings in the hard pack, gold seal ultra-extremes, please.” WTF? Some guy even bought two cans of Skoal. I felt like I’d passed through some kind of time-warp, and ended up in 1979.

Some riffle-assed member of the Future Metformin Users of America club put loads and loads of candy and soda on the counter, and it came to more than $30. Good god, man! As he pulled his money out of his pocket, a secondary wad of cash fell to the floor, without him noticing.

“Um, you dropped some money,” I told him. And he looked at me for a beat too long, bent over (putting great strain on denim), and picked it up. Then he returned it to his pocket, and never said a word to me. What a dick. He offered no ‘thank you’… not even a nod of appreciation. I hoped he’d choke on his foot-long tray of Mallo Cups, or whatever.

When it was my turn to pay, I handed the cashier my Sheetz card. She told me I was in luck: all fountain drinks, regardless of size, are 99 cents with the card. Cool. My total was $1.05 with tax, so I gave her a twenty and a nickel.

Yeah, and you can probably guess what happened after that… She gave me $18 in change, I told her she owed me $19, and a minor argument ensued. Eventually she broke out a calculator(!), and crunched the numbers on this complex equation. When she realized she was wrong, she angrily opened the drawer, and handed me another dollar. Wow! Bitch can’t do basic math, so she gives me attitude?

There certainly was a lot of hostility in that place, bubbling right under the surface. And I, for once, had nothing to do with it. I was too tired and burned-out to be hostile.

I left there, and drove to Five Below. I’m almost certain Charlie Daniels himself came through the front door, carrying helium balloons. He was rocking an American flag leather jacket and a full graying beard, and clutching an enormous number of balloons.

I went inside, and there was a line of people waiting to pay, halfway to the back of the store. I’m not exaggerating, there must’ve been forty people waiting. Bastards! I hated them all, for doing the same thing I wanted to do. I turned and left in a huff. If my phone died, it died. No way was I diving into that frothy whirlpool of humanity.

At the first toll plaza on the turnpike there was a guy outside of his car, walking around. A bad sign. Apparently he had a large bill, and needed change. He’d gone through one of the self-serve lanes, and needed full-serve. Again: bastards!

Eventually a man with a pronounced gut and reflector vest appeared, and made change. And we were on our way. It was a minor three-minute setback that felt like an hour.

Immediately I had to piss. And by the time I reached the first rest area, it was a Code Red situation. I Frankensteined it into the men’s room, and approached one of those ludicrous waterless urinals (aka pee shells). And it hurt. It felt like I had a charley horse in my wiener, and/or fire shooting out of the tip.

It just kept going and going and going… until finally the pain subsided. But I was still peeing. Guys who came in after me had finished, washed their hands, and were probably back on the turnpike – and my stream remained strong.

Finally it stopped. I bought some peanuts in the convenience store, and eventually made it to Buford’s house. During the final thirty minutes I was thinking: this is dumbass, you should’ve just mailed him $25 extra and had them shipped to you.

But he wouldn’t even accept payment. We drank a beer together (Sierra Nevada – yum), and put the speakers into my car. And when I went to settle up with him, he told me to forget about it. I objected, but he wouldn’t hear of it. He said he wanted to help my son get off on the right musical foot.

Buford is a good guy, who grew up near me. We didn’t know each other back then, though. He’s a reader of this website. We got together for some beers in Scranton a couple of years ago, and he went to the Graham Parker show with me and Steve last summer. He has a doctorate, but is the anti-Nancy. He loves Cheap Trick, not tofurkey.

The drive back is a blur. Most of it was in the dark, and in the rain. I listened to London Calling in its entirety, and a Steely Dan compilation called Show Biz Kids. I talked to Steve for a long time (my phone survived the day), but think I was in a state of suspended animation. I remember very little of it.

I had a couple of Yuenglings when I got home, and was in bed clear-cutting timber by 10:30. I was so tired, I felt sick. Do you know that feeling? I was having flu-like symptoms, from fatigue. And by 7 a.m. I was up, getting on Toney’s nerves. This has been one of her days of Too Much Jeff. Heh.

And that pretty much brings you up to date on my life. Anything new with you? Please tell us about it, in the comments section below.

I’m excited about my son’s ‘70s stereo; it’s out of the ordinary. Have you given or received any especially unique gifts through the years? Which ones stick out in your mind? At the height of my baseball card mania, back when I was 14 or so, my parents surprised me with a 1971 Topps complete set, in mint condition. It blew my mind. I didn’t even think they’d know how to get their hands on such a thing, but somehow pulled it off. What do you have on this subject? Please share.

And I’ll see you guys again soon. Hopefully before Christmas.