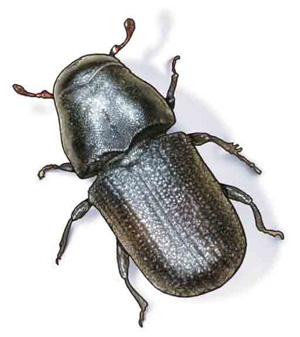 Today I was scrolling through my emails, and there was a few-days-old notice from my hosting company telling me I’d better pay them before January 24, or they were going to take my website down.  What the?!  I looked at my cell phone, and TODAY is January 24.

I didn’t remember seeing anything from them before, so I did a search.  Sure enough… they’d contacted me a couple of times, including the first go-’round when they tried to extract a full year’s worth of hosting fees from my PayPal account.  Ha!  I think there’s $1.88 available.

No problem, I thought.  I’ll just pay them from my regular bank account.  So, I went to their site, and encountered a small issue:  my bank card looks like it’s spent some time on the floor of the ocean.  I couldn’t read (or remember) the three-digit security code on the back.  I tried it a few times, and it was rejected, over and over.

I had the money, but couldn’t pay the bill!  And the clock was ticking.  I called the credit union, and the woman said she couldn’t give me the code.  NOBODY has access to that information, she assured me.  “Nobody in the world?” I asked.  “That’s right,” she answered.  Utter bullshit.

All she could suggest is that they issue me a new card, and that would take three to five days.  I asked her what I was supposed to do in the meantime, and she said, “Oh, your current card will still work, until you activate the new one.”  I twice asked her to confirm that, because I didn’t believe her.  But she finally convinced me; she sounded so sure of herself.

But I still couldn’t pay the hosting bill, and was starting to panic.  I didn’t want the site to come down, and didn’t know if they’d hit me with reactivation fees, etc.  I talked to Toney, while whipping my hand through my hair, and she said, “Why don’t you pay it from the joint account?”  Wow.  The obvious solution, and it hadn’t occurred to me.  Wonder if I’m experiencing a series of mini-strokes?

And while I was talking with Toney, the website did indeed go down.  For maybe 15 minutes?  I’m not sure.  But I paid the bill, and it immediately came back up.  Jesus Christ, man.  I need to get my house in order.  How did three or four important emails get past me like that?

After that crisis was handled, I had to run some errands.  I needed to get a few things at the grocery store, and also a case of Yuengling, the golden elixir.  But I had a bad feeling…  I didn’t fully trust that bank chick.  Everybody is half-assed, and couldn’t care less, as discussed on Monday.  I had visions of me doing the walk of shame at the beer store, after my card was rejected.

So, I went to the ATM at Sheetz, where I planned to withdraw $80.  Yeah, anyone care to guess what happened?  That’s right, this message appeared on the screen:  THIS CARD IS NOT ACTIVE. PLEASE CONTACT YOUR FINANCIAL INSTITUTION.

She told me three times my card would remain active, until the new card arrived!  And now here I am, stuck in 1965.  What am I going to do?  Am I supposed to write checks?  I don’t even know if I remember how, or where my checkbook might be.  How do I buy gas?  This is crap.  Our credit union is in Hollywood, California.  It’s not like I can just swing by the branch, and do a withdrawal.  Grrr…

And that three to five days thing?  It’ll take twelve days to get the new card.  Possibly fifteen.

Yeah, I know.  I’m also half-assed, for not paying that bill, and putting this whole thing into motion.  And I realize it’s kind of weird to bank with a credit union that’s located 3000 miles from us. But they’re literally the only non-infuriating bank I’ve ever dealt with, and I just couldn’t give them up when we moved here.  Of course, today doesn’t help… but they’re still pretty damn good.

If you’d like to take pity on me, and LITERALLY buy me a beer, here’s your link.  If not, who can blame you?  I guess I’ll try to find my Curious George checks…  Dammit!

Today I planned to write about being falsely accused of something.  But that’s all out the window now.  It’s still a good Question, though.

Last night at work I thought about it, and the only time I can remember being falsely accused (I’m almost always guilty) was when Toney and I went to a Cajun restaurant in Atlanta, and there was a bug in my jambalaya.  I told the waitress about it, and she accused me of putting it there myself.  That’s right, I carry around a pocketful of beetles, so I can scam restaurants out of five dollar entrees.  Soon, I will rule the world!

What about you?  Have you ever been falsely accused of something?  Please tell us about it, won’t you?  Use the comments link below.