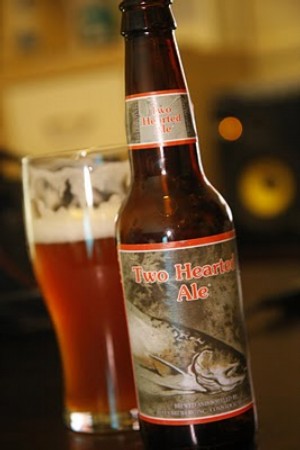 My first weekend of freedom in many months is winding down.  I’ll be returning to work today, and as surprising as it might sound… I’m not dreading it.   I spent many, many hours putting a final “polish” (I use the term loosely) on my manuscript, especially on Friday and Sunday, and it’s warped my brain a little.

Do you know that feeling when you work on something for so long, something all-enveloping, it’s as though you’ve slipped into a parallel universe?  Are you familiar with this phenomenon?

Back during my Atlanta days we’d have to do semi-annual inventories at work, and they would last two or three days each.  We’d usually put in sixteen hours on both Thursday and Friday, and half of Saturday.  And by the end of it I’d feel all strange and wonky, like I didn’t belong in the regular world anymore.  It’s hard to explain…

But that’s sort of the way I feel today.  And I’m almost welcoming a return to normalcy — the same normalcy I was excited to escape just a few days ago.

It’s completed, though.  I took a deep breath and sent the manuscript off to the formatter this morning, and once she starts working her magic, I won’t be able to change anything.  So, it’s a big step in the process.  I’m not very good at relinquishing control, but it’s pretty much out of my hands at this point.

I have a feeling the next book will be different.  I think I’m fully neurotic about this one, because it’s the first.  I’ll probably look back on this period of my life, and laugh at me.  Wotta douche, I’ll say.  I’m fairly certain this is true, but I can’t do anything about it; I’m powerless in my doucheyness.

Yeah, I spent long-ass hours working on the book on Friday and Sunday, but Saturday was fun.  The four of us spent the day together, and that’s rare.

We started at a Chinese restaurant, for lunch.  We used to go there twice a month on Saturdays, sometimes more often.  It’s really good, and it had become a family tradition of sorts.  But since I’ve been working on weekends, we’ve been forced to abandon it.

I had cashew chicken, egg drop soup, and an egg roll.  It was excellent, as usual.  And all of us were in a good mood, at the same time.  Also rare.

Then we went running around to some stores, and the mall.  I craved human interaction, and mister, I got it.  I thought we were in a recession?  Holy shitballs…  Everywhere was crowded, and there seemed to be an unusually high white trash component to the crowds.

“Are they filming one of those Jerry Springer reunion shows around here somewhere?” I wondered.  Even Sam’s Club, which is usually fairly civilized, was infused with buzzcut hicklets, loud fat women in Flashdance shirts, and scrawny men in camouflage and cancer-treatment facial hair.

Toney accused me of being out of touch with the general public, but admitted that the trash quotient seemed to be slightly elevated, for some reason.

I’ve been hemming and hawing about this forever (go figure), but I finally bought a Kindle over the weekend.  I got it at Target, because it’s the same price as Amazon’s website, and I didn’t want to wait.  I also purchased the leather cover with a light built into it.  It’s freaking fantastic.

On Saturday I charged the thing, registered it through my existing Amazon account, and set it up to access our home wireless network.  And here’s the first book I downloaded.

Yeah, Amazon paid me for your December (holiday) purchases on Friday, and that’s how I was able to be so extravagant.  Thanks again folks, for your support.

Saturday evening we enjoyed a six-pack of Bell’s Two Hearted Ale, and it was incredibly good.  It’s a toss-up, I think, between the Two Hearted Ale and Dogfish Head 60 Minute Ale, as my current favorite.  Both are excellent.  What’s at the top of your microbrew list?

And on Saturday evening Toney and I saw several episodes of Selling New York (on demand), and I watched the final two episodes of 24.  During the last scene, when Jack is looking into the security camera at Chloe, I got a little choked up.  It was a ridiculous, over-the-top show, but I liked it.  I hate to see something good come to an end.

We tried to watch the Oscars last night, but it was shockingly bad.  Toney jumped ship early, and I wasn’t far behind.  I got on the computer and just listened to it in the background.  Am I a bitter old man, or was that thing a turd of the highest order?  I couldn’t believe it.  Did you watch any of it?  What did you think?

And since I told you about my weekend, please tell me about yours.  Use the comments link below, to bring us up to date.