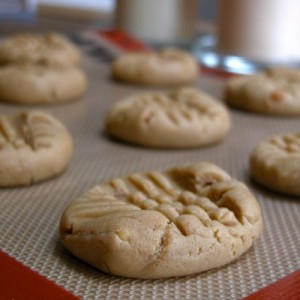 A few days ago I pulled into a parking space at work, opened my door, and a powerful wind gust RIPPED the thing from my hand.  It was like a hang-glider or a kite, and would’ve gone sailing over the Endless Mountains if one side of the door hadn’t been attached to the car.

Now I’ve got a large C-shaped dent near the handle on the driver’s door.  And that irritates me beyond belief.  ‘Cause I’m the type who parks way out in left field at Target and Sam’s, so idiots won’t ding me.  Toney gets irritated, but I’m usually one of the few people driving a dingless car.

Yes, you’ve got to protect yourself against selfish shitpouches who leave their shopping carts wherever they become of no further use (“OK, I’m finished with it.  Somebody else can deal with it now!”).  And the hogs who pull into a parking spot, swivel on their gargantuan hams, and kick their car doors open.

Oh, it takes effort to avoid door-dents and the like, and requires us to walk in from across the Maryland state line in some cases.  But it’s very important to me.  And now my pristine black Camry has a four-inch tall C in the door…

And I don’t even have anyone to blame for it, which makes it even worse.  It helps when you can fixate on blame, and revenge fantasies.  But I got nothing.

The other car?  You say I did to it, exactly what I’m complaining about?  Not quite.  That thing looked like it had been rolled, and was being held together by coat hangers.  When my door hit it, I believe some of the existing dents popped-out, and I also improved the front-end alignment.  The way I look at it, the guy owes me a ‘thank you.’  The selfish prick.

Yeah, the whole thing was quite unsatisfactory.

Wonder who was the first person to press fork impressions into the top of a peanut butter cookie?  As I was shoving one into my mouth a couple of nights ago, with the heel of my hand, it occurred to me that the person has created one hell of a legacy for himself.

I mean, it’s standard now, almost required, that peanut butter cookies get a fork pressed into the top (sometimes going both ways).  Right?  And whoever came up with that idea has probably contributed more to our culture than some U.S. presidents.

Pass the milk.  Or as one of my old Atlanta co-workers used to say, melk.

I have loads of new Smoking Fish pics to post, and will try to get to them up this weekend.  Check this spot for your fresh sightings.  Thanks to everyone who sent them in, and keep ’em coming!

Also, please continue checking Mockable.  Today’s post, about Hooters waitresses, killed me.  I didn’t write it, but wish I had.  Funny stuff.

A couple nights ago, at work, I couldn’t stomach the thought of yet another turkey and cheese sandwich for lunch, so I drove to a nearby McDonald’s.

The place is inside Wilkes-Barre, I think, in a neighborhood that’s a bit rough around the edges.  I’m always mildly concerned I’ll be an innocent bystander to a “domestic dispute” there, and get stabbed in the liver.

Thankfully, that hasn’t happened yet.  But while I was standing off to the side, waiting for my Filet O Fish value meal ($3.99!), several filthy dudes with unkempt facial hair and hoodies sauntered in and ordered the exact same thing:  a load of McChicken sandwiches off the dollar menu.

The first guy, who looked like he’d spent the day inside a septic tank, ordered four McChickens to go.  And the second one, who might’ve been a street sweeper repairman, ordered three McChickens with Mac sauce instead of mayo.

Weird, I thought.  So many of that particular sandwich, with no drinks or fries, or anything.  And then I remembered when I was their age, and how poor I was.  I also bought cheap-ass fast food in bulk, and scarfed it down at home with a glass of water or a slug off a 2-liter of Faygo, from the stank fridge.

In Greensboro I would purchase outsize sacks of 59 cent tacos from Del Taco, and terrible 89 cent frozen pizzas from Kroger.  Remember those pizzas?  They were basically a large round cracker with some cheese and tomato sauce on top.  They were horrible, but filled the void.

I also remember being so penniless I couldn’t even afford the high-luxuries mentioned above.  So, I’d go through my cabinets and try to be semi-creative.  Several times I had a plate of spaghetti, with a pork ‘n’ beans “marinara.”  Oh, it was a sad state of affairs.

I assume most of us have gone through periods when it was difficult to bridge the massive gaps between paydays.  And I’d like to know about the crap food you ate during that era.  How did you stretch your money, so you could still do the important things — like buy beer?

Tell us about it in the comments section, won’t you?

Also, if we were to open a store at this site, where readers could purchase Surf Report-related items, what would you like to see offered?  Stickers?  Magnets?  A Smoking Fish Edition Land Rover?  Help me out with that, if you wouldn’t mind.  I’m toying with another idea that will probably never come to fruition.  You know, just like every day…

And I’m going to try to make up for yesterday, by posting a quick update over the weekend.  But there’s a high probability it won’t happen — I mean, seriously.  So, I’ll see ya next time, Monday at the latest.