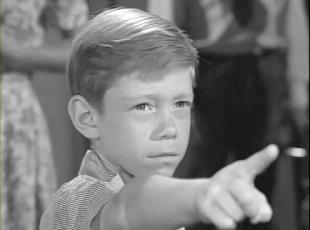 My ride home last night was pretty interesting. The wind was blasting like the ass of an obese, lactose intolerant pipefitter, and the whole world was filled with swirling leaves. It felt like I was inside a snow globe, because of all the flying leaves. It was alternately cool as hell, and unnerving.

Occasionally a gust would knock me off course, and a few times it felt like I was up on two wheels. I was concerned, because all sorts of debris was sailing across the interstate. I saw a metal sign skip off the hood of another car, and I nearly ran over a large bottle of laundry detergent. Plus, the tractor trailers seemed to be swaying, and threatening to topple over.

It was crazy. But not crazy enough to discourage me from stopping at McDonald’s for two regular hamburgers, with no pickles. I handed the guy at the drive-thru a five dollar bill, and he muttered, “Fuck!” and took off running.

What was happening?? Next thing I know, he’s out in the parking lot, chasing something. It was my money! I wasn’t aware he’d dropped it, and it was pretty funny watching him running around in that monsoon, trying to stomp on it and nearly falling down a couple of times. Eventually he snagged the thing.

When he returned, he said, “I hope you weren’t laughing at me?” “No way,” I lied. He didn’t seem to be joking, and had power over my food. I assured him with my eyes that I’d been concerned about his welfare during the entire episode.

I let Andy out when I got home, and he hard-charged out the front door, as is the tradition. But he stopped in his tracks when he realized something wasn’t right; this was not the world he knew. It was like one of those hurricane machines at the mall. The hound took a leak, using the dainty and humiliating drop-down-in-the-rear technique, and immediately wanted back in. Funk dat. Andy doesn’t much care for the horizontal pissing, and I can’t really blame him.

I’m approved to have the week of Thanksgiving off from work. And you know what’s cool about it? I just visited my parents a few weeks ago, so I can take the time guilt-free. Oh, there are plenty of other things to feel guilty about (I manufacture it like a factory), but visiting my folks is always a big one. Maybe I can string together a few pleasant days?

What are your plans for the holiday? I’m going to put together a reasonable to-do list for the week, and get to work on it. As far as I know, we won’t have any visitors (N&N are on-again off-again and aren’t traveling, and Toney hasn’t spoken to Sunshine in a couple of years), so it’ll be an opportunity to get some things accomplished. On Thanksgiving itself, the plan is pretty standard: eat and drink to excess. And maybe watch a shitload of Twilight Zones.

Do you have anything interesting planned? If so, please tell us about it. Also, if you have any Thanksgiving disasters from the past to share with us, please do. We love disasters around here.

And I need to go to work, yet again. Man, that place is taking its toll…