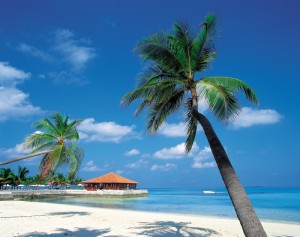 I was going to update on Thursday, honest.  But you know what they say about best-laid plans…  Toney took the day off, and tried to concentrate all manner of dentist/doctor appointments into a single eight hour chunk of time.  And everything went flying off the tracks.

At 9:15 am the phone started ringing.  I was completely, absolutely asleep, and wasn’t about to hoist my ass off the platform for the privilege of listening to a recording from the Paralyzed Gay Jugglers for Obama PAC, so I just sighed and rolled over.

But the person kept calling.  They’d wait until it got right up to the cusp of the voicemail kicking in, hang up, and dial the number again.  It’s not an easy thing to accomplish, but I was furious before actually waking up.

I trudged downstairs and looked at the caller ID.  It was Toney.  The crap?  I snatched the phone from its cradle, and asked what was wrong.  Anger was instantly replaced by concern.

It turned out she was stuck at a dentist office with the younger Secret, and needed me to pick up the older Secret from school at 10:00.  She didn’t think she was going to make it, and needed me to step to the plate.  I told her no problem, hung up, and allowed just a little of the anger to seep back into the day.

But whatever.  I took a shower, guzzled some coffee, and went to the middle school.

And why are schools always just a tad too warm?  Have you ever noticed this?  They’re almost never comfortable, and also never too cool.  I walked to the office, gagging on the funk of a thousand Axe-soaked pubescent hooligans, and waited for the Secret to appear.

Usually I’m sitting there like an idiot, for an inordinate amount of time, but this time he showed up as scheduled.

And he was irritated because he was going to miss lunch and “specials,” which means the fun, social part of the day.  I told him I’d speak to his mother, and try to work it out so he misses only the ball-mashing, no-talking-allowed classes in the future.

While driving, Toney and I discussed how to manage the hand-off.  I needed to get one kid, and pass the other to her.  We decided there was time enough to do it at home, so that’s where I went.

The younger youngling had to have two persistent baby teeth pulled, and was sporting a mouth full of gauze.  Toney told him he could stay home for the rest of the day.  So, there ya go.  Not much was going to be accomplished on this Thursday…

After Toney and Sulky left, I watched the younger boy manhandle a PlayStation game, with what looked like a tube sock hanging out of his mouth.

“Are you getting hungry?” I finally asked.  And this was code for:  “Damn, I’m hungry.”

He said he didn’t think he could eat solid food, but would like to have a milkshake.  Interesting.  That meant we’d have to go to a restaurant, instead of me making something at home.  How utterly disappointing.

After Toney finished at dentist office number two, she called and I told her of the current, pressing food requirements.  She said she had ninety minutes to spare, and a coupon for Johnny Rockets.  So, she took the older boy back to school (he’d been offered the opportunity to stay home as well, but declined!), and we went for burgers and shakes at a fake 1950s diner.

I’ve had bad experiences at Johnny Rockets, and am a little wary of the place.  One time we got four shakes, and two of them had big wads of something brown and slimy in the bottom of the cups.  We still don’t know what it was, but the manager said it was “pie.”  …Which opens up a whole new line of questions.

All I can say is blecch.  That incident earned Johnny Rockets a six-month spot on the I’ll Never Eat There Again! list.

But this time we got lucky, and everything was pretty good.  I had a #12, with tangy red red sauce (ketchup), and it wasn’t bad at all.  Nobody else had any complaints either, and the “one free entrée” coupon helped with the bill.

I’m not a fan of the dancing waitresses, though, and all that Woo! bullshit.  Is that supposed to be cute?  Well, I’m afraid it ain’t.  I always feel a powerful urge to grab a spoon and start flicking mustard at them.

I decided the day wasn’t going to be a complete waste, and set up my new computer when we got home.  It was easier than anticipated, and the external hard drive made the difference.  I’d been dragging stuff over to it, in anticipation, and the whole exercise was shockingly painless.

Within an abbreviated amount of time I had all the important programs reinstalled, and my iTunes library transferred.  Microsoft Office wouldn’t allow me to activate it on a third computer (after my laptop and old desktop), but I called an 800 number and they gave me a new product key without even a hint of delay.

I’d been putting it off because I was afraid it would be a hassle, but was pleasantly surprised.  The printer even works, with Windows Vista.  I’d been warned about the Vista/printer situation, but had no problems.  Pretty cool.

The next day I spent about six hours at the library, hunched over my laptop.  I got some extracurricular writing done, but the moment school lets out, that place turns into a Chuck E. Cheese.  And what kind of nerd-child hangs out at the library after school on a Friday??

Also, there was an old man seated behind me, hammering at the keys of his laptop.  Just continuous clickin’ and clackin’ – way too hard.  And in front of me was a guy who couldn’t sit still.  He was constantly fidgeting, and twisting around in his chair.  I wondered if he’d somehow forgotten to wipe, earlier in the day.

So, to hell with it.  No way I could work with all that racket.  I packed everything up and went home.

Toney was just coming in from work, and was aggravated about something or other.  She asked if I’d be interested in hitting happy hour before dinner, at the local yuppie bar.

So, we went in there, and the place was lousy with teachers from the middle school.  At least that’s what Toney said…  I wouldn’t know ’em, even if they knocked on our front door.

But it made Toney uncomfortable, like they were judging us, or something.  “Look at them,” I said, “They’re shotgunning tumblers of bourbon.  I don’t think they care too much about us.”

We ordered two pints each of Magic Hat #9, and Toney was messing around with my cell phone and snapped this picture.  It’s a rare photograph of me that I don’t mind sharing with others.

For dinner we had some really good grilled sandwiches.  Then Toney took the younger Secret to a birthday party, and she went to a meeting.  The older Secret had swimming practice, and I was in charge of picking both of them up.

When Toney got home, she asked if I’d had any trouble finding the place where the birthday party took place: a huge sports complex in Scranton.  I assured her I had not, and she said, “Did you give Zack a ride home?”

What?  Who the hell is Zack?  Nobody said anything about a Zack!  Luckily, the Secret saw him leaving with his Dad, so I was off the hook.  But it could’ve been ugly, real ugly.  I’m picturing this unknown kid standing outside a darkened building, sobbing uncontrollably into the night.

And after Toney got home we resumed our preparation beverages, because at 10:30, or thereabouts… weekend “visitors” arrived.  From north of the border.  And what had earlier passed as chaos, now seemed like a Caribbean vacation.

So, that’s why I’ve been away for a few days.  I hope you’ll forgive my absence.  Believe me, I would’ve rather been updating the Surf Report, than a lot of what I was actually doing.

I’ll leave you now with two semi-relevant Questions of the Day:

The yuppie bar, where we drank Magic Hat with school teachers, has a fairly unimaginative name.  Tell us about bars you’ve encountered, with cool names.  Use the comments link below.

Also, what restaurants have made it to your I’ll Never Eat There Again! list, and why?  And this can be expanded, if you like, to any place of business.  Have you ever made a vow to never return to a restaurant, or store, or whatever?  Or the opposite:  have you ever been banned from a place? Like Sunshine?

And that’s that, my friends.  I’ll have more for you tomorrow, and this time tomorrow means tomorrow.