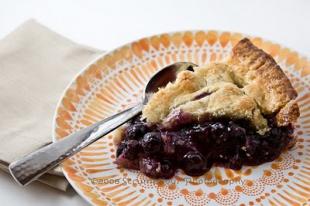 I had to work on Saturday morning, and that – right there – is a bad combination of words.  SATURDAY is the only day I get to spend with my family, and the one day I try to never, ever WORK.  And MORNING blows ass, regardless of the day of the week.

They wanted me to be there at 6 a.m., but I negotiated (whined my way into) an 8 a.m. start.  Yeah, and it still sucked.  I was struggling throughout, and chugging caffeinated beverages until my eyeballs were spinning in their sockets.

But I served my sentence, and the clock finally told me it was OK to go home.  So, I popped in Disc 1 of the Graham Parker anthology, and went cruising up I-81, the devil’s parkway.

It was trafficky out there, but everything was moving.  And around mile marker 183, I spotted a police car in my peripheral vision.  I wasn’t going super-fast, but was certainly exceeding the speed limit.  And as I went past him, he started moving off the median.  Dammit!

I held out hope that he was going after some other poor bastard, but he slid in behind me, and flipped on his lights.  My nipples were exploding with delight.

I pulled over, and he sat in his car for a long time.  I guess he was running my plates, or whatever they do.

While I waited, I gathered my driver license, registration, and proof of insurance.  I’d unbuckled my seatbelt, so I could lean over and reach the glove compartment, and as he finally made his way to my window I panicked.  “He’s going to think I wasn’t strapped in!” I thought.  This just kept getting better and better.

But he didn’t say anything about it, and was, in fact, fairly pleasant.  You know, as cops go.  He told me he’d clocked me going 72, and the speed limit – through the safety corridor (WTF?!) – is 55.  He said he had the right to double the usual fine, but wasn’t going to do it.  And he also supposedly wrote it up in such a way that it won’t add points to my record.  Who the hell knows?

When the dust settled, I owed someone, somewhere $110.  Not the largest traffic fine I’ve ever received (that record was achieved in Santa Clarita, CA), but it’s enough to boil my peanuts.  I’d gotten up at the ass crack of dawn that day, worked 8 hours of overtime, and now I’ll get to forfeit a good portion of the day’s earnings – because I was driving 72 on an interstate highway.  Wow! I’m a regular Mario Andretti.

And what’s this “safety corridor” bullshit?  I think it’s just an excuse to drop the speed limit by 10 mph in random spots, and turn non-speeders into speeders.  Grrr…

But the cop was decent; he didn’t talk down to me, or display even an ounce of prickatude.  Yes, if I’m going to be given a speeding ticket, this is the kind of guy I want to do it.  The raping was very gentle.

I refused to thank him, though.  During past encounters such as this one, I was always nervous and rattled, and said “Thank you!” at the end.  Then I felt like punching myself in the genitalia, all the way home.  “Thank you?!” I’d shout to myself as I drove.  “You’re a pathetic excuse for a man!  Your testicles should be removed and catapulted into the ocean!!”  Or something similar.  But on Saturday I held strong, and allowed the cop to have the last word (“Drive safely!”).  I was proud of myself.

I hope everyone had a great Thanksgiving.  Ours was nice.  We had no visitors, and a giant spread o’ food. Then Toney and I shared our first six-pack of Sierra Nevada Celebration of the season.  Good god, is that a great beer!  Every year, around this time, it becomes available again, and I can’t believe how fantastic it is.  You forget, as the months go by…

And we had a bunch of pies, which is something I fully endorse.  I’m a big fan of a bunch of pies.  And I’d like to turn that into our Question of the Day.  I’m sure we’ve done this one before, but it’s been a long time.  In the comments section, please tell us your favorite kind of pie, and your least favorite. And if you’d care to elaborate on the reasons, that would be cool, too.

My fave:  blueberry.  But it has to be cold, straight out of the fridge.  I don’t know why I like it so much, in the very specific cold condition, but I do.  Whipped cream is acceptable, but not necessary.  My least favorite: pecan.  Blecch.  It’s like a bowl of sugar jelly, and almost causes the roof of my mouth to split open.  NOT a good pie.

What about you?  Make your case, in both categories, below.

And finally… If you’re going to allow yourself to get whipped into a shopping frenzy today, please don’t forget to pass through one of our Amazon links, before making your purchases.  It costs you nothing extra, but I’ll receive a small percentage of whatever you spend.  It’ll help defray the cost of the fines I rack up on our country’s highways, driving like a maniac, singing at the top of my lungs, and eating sandwiches.

HERE’S a good link for you to use.  Click through and go nuts!  In fact, have a few drinks before you do it; it adds to the enjoyment.